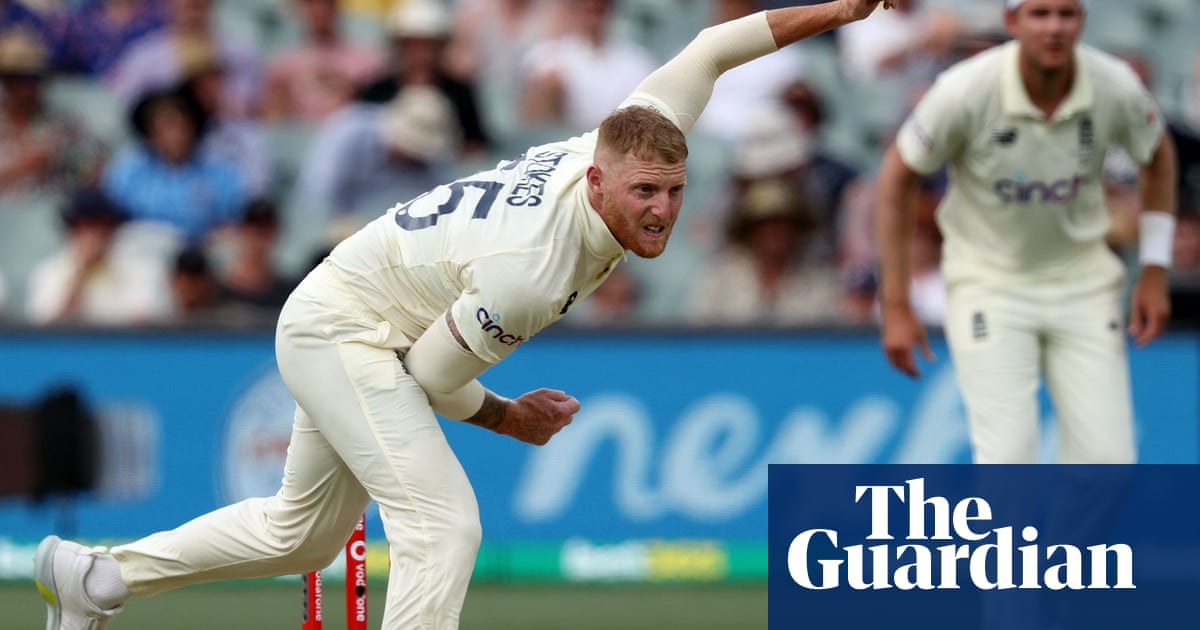 Ben Stokes never gives up on a Test and after England’s latest chastening day at the hands of Australia in Adelaide he insisted: “If we don’t believe, we’re beaten already.”

The 30-year-old vice-captain looked to present a calm exterior after day two of the second Test, with his return for this series after a four-month break thus far tough for the team but not something that has led to any personal regret about the decision.

“It’s been a tough two days,” said Stokes, after England shipped 473 for nine in the field, and then closed on 17 for two. “It’s never ideal but you have just got to love the dirt when you get that deep [in a bowling innings] and understand what you’re playing for.

“I’ve loved every minute of [my comeback]. Walking out on to the field and wearing the Three Lions is one of the great feelings as a cricketer.

“Playing at these grounds in Australia, obviously being away from home makes it a little bit more difficult with crowds and stuff like that. But it’s fantastic fun as well as being a huge honour.

Such physical discomfort was looking inevitable for the all-rounder after 25 overs of typical heft that returned figures of three for 113. He was ever-willing for his captain, Joe Root, not least when delivering a short-ball barrage on day one that, while tactically questionable, did offer a point of difference.

Asked to explain this plan, prompted by the absence of England’s solitary outright pace bowler in Mark Wood, Stokes replied: “I was just trying to create a different type of environment out there for the batters. It does look odd when you’re trying to run in and bowl 11 overs of short stuff. But the first couple of spells I felt like it created chances.

“[The run rate) wasn’t really going anywhere. It wasn’t until the third session today that it started to leak a few runs.”

Stokes also stressed there is more to life than events on a cricket field after Thursday’s tragedy in Devonport, Tasmania, that claimed the lives of five children when a bouncy castle was torn from its moorings and lifted into the air by a gust of wind.

“Obviously the reason why the Australians were wearing the black armbands today puts a lot of things into perspective,” he added.