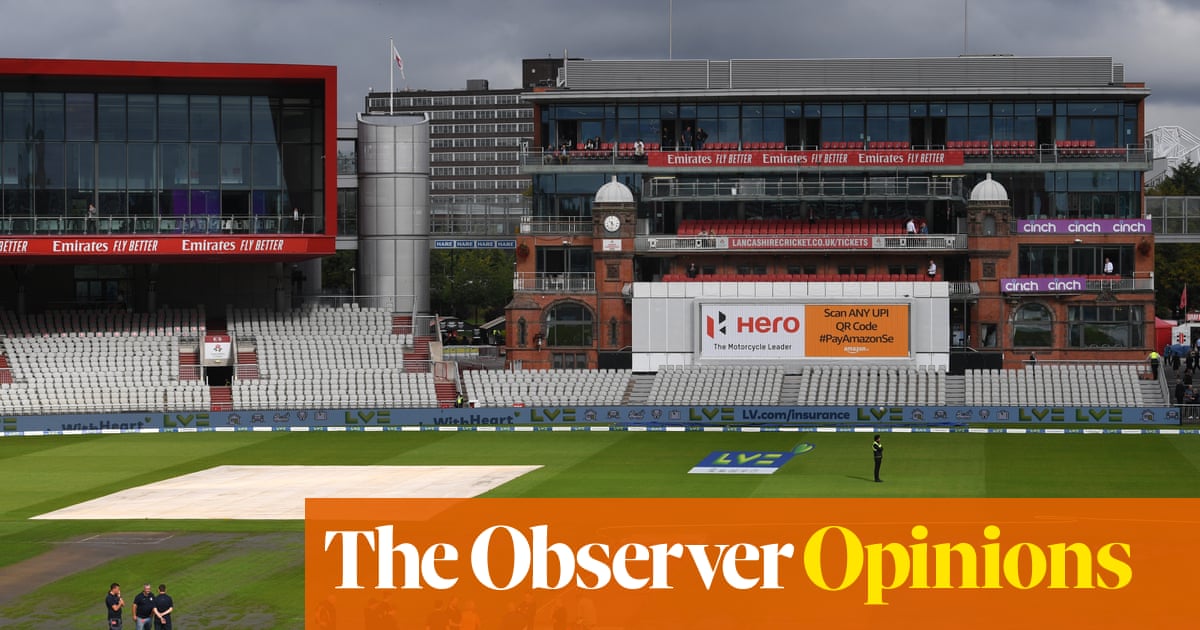 The low-hanging fruit are being picked off. Ravi Shastri, India’s coach, is the easiest target – having attended a private event for his book launch with between 150 and 200 unmasked attendees – to be blamed for the cancellation or rescheduling of the fifth Test that would have capped off an incredible series.

Virat Kohli and his players are being accused of putting IPL before nation, or club before country, something readers in the UK should have long got over in a football context. But neither Kohli nor his troops had the power to back off from a Test, not with the Board of Control for Cricket in India wielding power.

The England and Wales Cricket Board is the other ungloved boxer getting a battering, gently pushing off the ropes, hoping to duck and weave. A reasonable amount of time ago, the BCCI asked the ECB if this series could be moved forward. The ECB was well within its rights to politely decline this request, given it would have taken the best players out of the Hundred.

India’s players have been in bubbles of different intensity for the past year. Their fatigue is real. But, in today’s Covid-19 environment, there is really no way for life to go on as normal. Given the financial implications, and indeed the survival needs of many cricket boards, the players have had to endure a life that none of them originally signed up for.

At the heart of the matter is that these players have had to keep the game afloat at a time when much of the world was working from home. Those who still had paid work to do, at least. The international calendar has been a subject of intense scrutiny long before Covid‑19 came along. It was dangerously unsustainable then, but in today’s world it is unworkable.

Just as England’s players determined they simply could not go on in South Africa, India’s players have drawn a line here. While it is true that the IPL would have been on the minds of the BCCI – it cannot front up to taking the financial hit on the tournament not being completed – the players are blameless in this.

Ask any India player, starting with Kohli, whether they would give up a significant part of their IPL earnings for this season to complete the England Test series, as scheduled, and they would not miss a beat in answering.

The understanding that is coming home to players, especially India’s stars who have been led to believe that they are capable of anything, is that cricket in the time of Covid-19 is a slightly different beast. Blame the BCCI for not understanding this well enough and tailoring the calendar in a sensitive manner, but the board is not alone in underestimating the challenges this prolonged, and currently seemingly unending pandemic presents.

Lockdowns and masking and similar Covid-mandated protocols cannot last for ever. While this may not be the new normal, for the moment it is. India fielded a team in Sri Lanka in white-ball cricket when their main team were in England. Then Covid hit and they literally played with whoever was available when eight players were ruled out.

That game could have been called off, but the BCCI and Sri Lanka Cricket ensured it happened, because it was a limited-overs game in which the financial losses far outweighed the importance of the result.

The only way the non-Test at Old Trafford can lead to any good is if the BCCI and the ECB take a step back and take a long, hard look at how cricket should be scheduled in these unprecedented times. But don’t hold you breath, for once shots are fired and heads roll, it will be back to business as usual, even in Covid times, with few lessons learned and more mistakes made.

The low-hanging fruit will be collateral damage.