County cricket: knockout places in the One-Day Cup still up for grabs 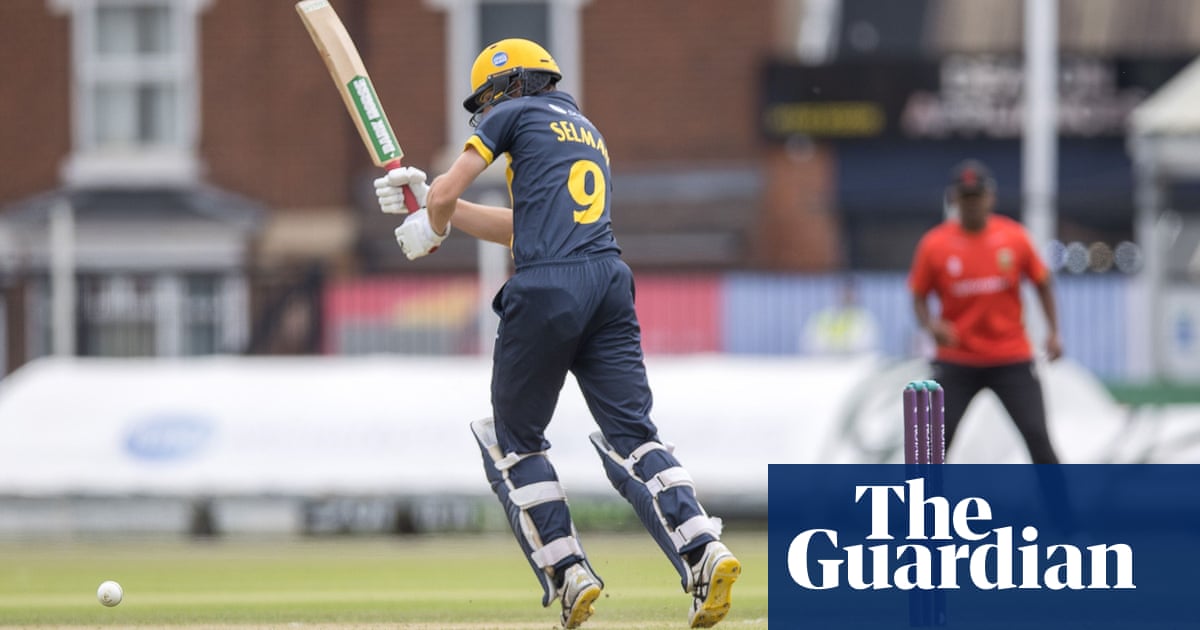 Weather eh? I guess you don’t cross the Prince of Wales Bridge (all his own work apparently) without at last a frisson of fear about the skies above. Nevertheless, Glamorgan top Group One after a week in which both batting and bowling shone.

First up, Nick Selman led the batting effort right through to the last over, making 140 off 144 balls as Leicestershire were set 278. That became 257 from 43 overs, but just the one was possible before the rain came to Grace Road – yes, it even rains in the east of the country in 2021.

Having champed at the bit in that match, Glamorgan’s bowlers got to it on home soil reducing Nottinghamshire to 31 for six in another rain-affected match. The medium pace of James Weighell and Joe Cooke returning an aggregate 8.2–0–15–5, the kind of figures the late Mike Hendrick once churned out in the John Player League. Selman then picked up where he left off and the home side had the 74 runs they needed for the win and the two points they needed to top the group.

One is loath to criticise Somerset here (or anywhere to be honest) as one of county cricket’s most loyal fanbases can take against the writer and, to be fair, they have plenty to fuel an incipient persecution complex this season above all others.

At the Oval Surrey’s bowlers, led by the quietly impressive slow left arm of Dan Moriarty, had dismissed the visitors for 220, nine balls short of their full allocation. With weather doing its thing, Surrey’s target became 147 from 25 overs. Openers Mark Stoneman and Ben Geddes knew that getting ahead of the Duckworth-Lewis-Stern calculation was the smart move and, at 66-0 from eight overs when play was stopped for the final time, they indisputably were. But 10 overs were required for a result to be declared, so the points were shared.

Three issues arise from that bald statement of the facts. Firstly, if an innings is reduced in length, should the minimum overs for a result to be called be reduced pro-rata (with a minimum of, say, five) too? Secondly, do the 5,000 spectators who braved the showers to support county cricket not deserve to see a decisive outcome? Thirdly (and I do have a bit of a thing about this), some, perhaps one-eyed witnesses have suggested that Somerset slowed the play down once they knew their opponents would likely take the points were 10 overs not delivered. All teams would do this – and that’s my point. The penalties in all forms of cricket (except one) for slow play are not commensurate with the advantage accrued.

Lancashire picked a bad week to lose two matches in a row, the second of which saw Durham surge to the top of the table.

When Sean Dickson was joined at the crease by teenager, Luke Doneathy, the scoreboard read 171 for six with 17 overs left. Their skipper, Tom Bailey, has one of the more experienced XIs in the competition on which to call, so he must have fancied his chances of restricting Lancashire’s target to 250 or fewer. Ten sixes and 156 runs for the seventh wicket later, things had changed.

Dickson’s century might be just what he needs to kickstart his career up north after his move from Kent, and Durham may have found another all-rounder in Doneathy, whose unbeaten 69 was his second consecutive half century, which he then backed up with four for 36 to stifle any chance of Lancashire’s late order emulating their opponents.

Lancashire, somewhat suddenly, have a very big match on Thursday against Essex at Old Trafford.

Essex may be behind Lancashire on net run rate (and, after Middlesex’s match with Gloucestershire was called off due to Covid, NRR may be the easiest calculation of the week) but Tom Westley’s men have two opportunities to score points this week.

The captain had top scored in the victory over pre-Covid Gloucestershire in the kind of match that only 50-overs cricket can provide. The visitors looked well on top at Bristol, but Jack Taylor and George Scott constructed a 99-run stand for the sixth wicket and 204 all out in the 50th over gave Gloucestershire something to bowl at. Essex were second favourites when Westley was eighth man out with 52 still needed in under seven overs, but Aron Nijjar and Shane Snater sent the points east, Snater hitting a boundary off the last ball for a magnificent win.

Ball five: Batsman of the week

Alex Lees seems to have been around for years – because he has – first as a wunderkind at Yorkshire, then as a victim of high expectations and now as a cornerstone of Durham’s batting. He is still only 28, just 18 months or so older than Alec Stewart when he played the first of his 133 Tests.

Lees showed all of that experience in anchoring Durham’s chasing down of 232 in 45 overs. With six Essex bowlers claiming a scalp, wickets fell regularly at the other end, but the opener stood tall, pacing the reply so perfectly that he hit the first ball of the last over to the boundary to seal the victory, his 126 not out ending up 102 runs more than any of his partners mustered.

Ball six: Bowler of the week

The USA’s (yes, that USA) Ian Holland is the kind of bits-and-pieces cricketer who can annoy you if playing for the opposition but who you quite like if they’re one of your own (as is the case with small children). However, this column has always provided a safe space for them, especially as former pros in high-profile media jobs are relentless in talking them down.

At Beckenham – not an easy ground on which to defend – with a wet ball in hand and searching for rhythm in the showers, Holland did what he needed to do to arrest a scoring rate that threatened to get out of hand. Four wickets saw Kent go from 63 for one to 73 for five in four and a half overs. Like a true bits-and-pieces player, Holland then hit a quickfire 30. Double Dutch, one might say, as Hampshire skipped away with the points.

Gary Naylor is the host of the podcast The 80s and 90s Cricket Show and you can follow him on Twitter.