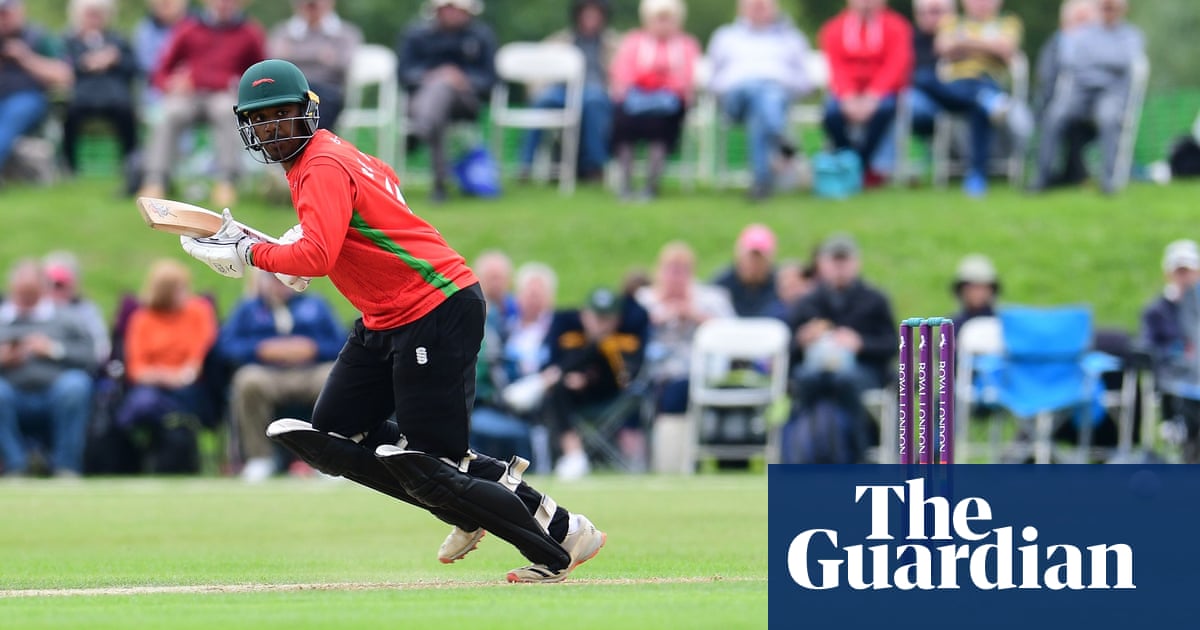 This column doesn’t do news but sometimes the news can be hard to find, so here goes. The Royal London One-Day Cup is a 50-overs tournament contested by 18 counties playing in two randomly drawn groups of nine. Each county plays eight matches (four home and four away – sort of) and the two group winners progress to the semi-finals. The quarter-finals are played between the teams finishing second and third, home advantage with the former. The final will be played at Trent Bridge on Thursday 19 August.

We’re at the halfway mark of the group stage and, as is always the case when the sun shines, the cricket has provided thrills and spills and much to enjoy. To embrace this game in England, one needs a contrary nature – who would ever have bought the pitch had the shepherds on Broadhalfpenny Down held a meeting with “executives” in 1750? There’s a feeling abroad that the combination of young thrusters and old heads turning out for “our” teams offers something new to a format that was meandering a little, certainly before England’s World Cup success. Word of mouth can be stronger than shill of commentator.

Somerset (how often they appear in this column, winning so many cricket matches) top Group One after three wins and a washout.

Derbyshire’s match at Taunton rather illustrated my point in Ball One about team personnel. When the visitors found themselves 36-3, the locals were probably expecting an early finish. But Fynn Hudson-Prentice and Brooke Guest came together to construct a 142-run partnership in 24 overs to get their team back into the match. After useful contributions down the order, and three sixes from Ravi Rampaul (apparently only 36 years of age) Somerset had 50 overs to chase 299.

But Ravi has more than four times as many List A matches under his belt than the rest of the Derbyshire attack put together, and Steve Davies and James Hildreth had started their 50-over careers in the season when English cricket’s new competition was Twenty20, so if they got in, they weren’t going to give it away. Get in they did, Davies making 94, Hildreth a century as the points went west.

Ball three: Ryan on the rampage

Surrey are the other unbeaten side in Group One, with two wins and one no result.

Things had progressed quite well for Nottinghamshire, snaring Hashim Amla and restricting the home side to just a couple of boundaries as they reached 29-1 in the eight overs bowled before the rain came. Eschewing the bright lights of Guildford High Street, the crowd sat out the delay and settled in for another 22 overs batting and a 30 overs chase. Even on as fast a scoring ground as this one, the the Surrey fans’ conversations would have been “200 minimum, but anything above 240 from here will be good”.

Nobody told Ryan Patel. After he and Mark Stoneman spent five overs assessing the changed conditions, he teed off to spectacular effect. His next 43 balls yielded 115 runs, before Jamie Smith decided to up the rate with 54 off 19. Surrey scored 251 runs off 17 overs, including 23 sixes and nine fours. Few of the big hits were slogs, most would have landed in the crowd at the Oval and the Notts attack were no mugs (though they did lose their lengths under the assault – I suspect Shane Warne and Glenn McGrath might have done so too in the face of such sustained violence).

The extraordinary display was a vindication of the work that goes into practising range hitting, the confidence marginal players get from knowing that they are in for the competition and the buzz that an outground crowd can generate. The visitors didn’t buckle, up with the rate for much of their innings, but falling short of their curiously adjusted target of 300 by 34 runs.

Lancashire lead Group Two by virtue of holding the only other undefeated record in the country.

Bowlers visiting the Rose Bowl can look around its yawning spaces and wonder how they can stop the threes never mind the twos, but five Lancastrians took wickets, often at a “good time” (there’s never a bad time to send a batsman back, but nipping partnerships in the bud before they can blossom is certainly the best time).

Tom Bailey and Danny Lamb (enjoying a good tournament) added to their fine performances in their previous completed match at Bristol, their combined figures over the two wins coming out at 37.1–7–119–12. You don’t lose many matches in any format of the game with bowling like that.

After Jack Haynes (153) and Brett D’Oliveira (123) had upheld family traditions with a record-breaking opening stand of 243, Worcestershire may have felt a little disappointed to have closed on 338-7 from their 50 overs. But skipper Joe Leach got among them up top and his three wickets helped reduce the home side to 17-4 and there was no way back from there, another record set with Essex’s 182 runs defeat.

After so much success over the last few years followed by disappointing campaigns so far in 2021, a big couple of weeks loom for Tom Westley’s men.

Though this tournament is as much about discovering new players as it is about reacquainting ourselves with old friends, it’s worth examining some of the names turning out in the soi-disant “development competition”: Alastair Cook, Marcus Harris, James Hildreth, Travis Head, Steve Davies, Hamish Rutherford, Simon Harmer, Chris Rushworth, Joe Leach, Ryan ten Doeschate, Luke Fletcher, Tom Bailey.

They, and the youngsters and those playing for contracts, have provided much for the cricket fan to enjoy – and will do so somewhere near you, in the sunshine or streamed on YouTube, over the next ten days or so. Other cricket competitions are available.

Gary Naylor is the host of the podcast The 80s and 90s Cricket Show and you can follow him on Twitter.

‘I just want my friend to be OK’: Root tells Stokes to take all time he needs