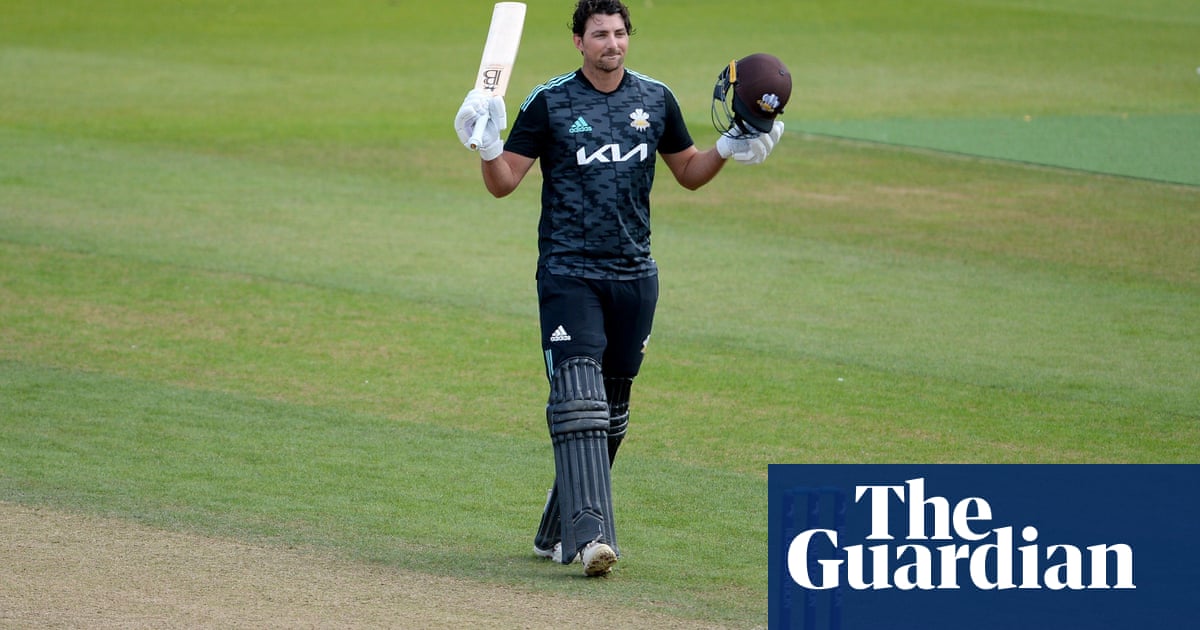 Captain Chris Dent cycled through seven bowlers (five of whom took wickets) as Kent’s batsmen came and went. Matt Taylor picked up the crucial one, Darren Stevens, halfway through the 44th over with the veteran about to tee off.

A target of 219 requires a calm head and a couple of batsmen to make scores. Dent batted through for an undefeated ton and Kent’s spirit was broken long before Graeme van Buuren raise his half-century, the visitors cruising to a successful conclusion to part one of their plan.

Part two required Lancashire to lose at home to Essex, already qualified from the group with Durham, but with plenty to play for, as top spot in the group brings direct progression to the semi-finals. (As an aside, it’s worth giving credit to the ECB for producing a near-perfect template for a short, sharp one-day competition for 18 counties, maximising the number of matches with “something to play for”.)

Batting first at Old Trafford, the home team made 250, the kind of score that gives both sides a chance. Alastair Cook, taking a break from his increasingly impressive media career, decided to bat through and almost did, out in the 48th over with 110 to his name. He had needed a couple of partners to make a score alongside him, but Ryan ten Doeschate, with 45, was the only batsman to cross 20. An old-fashioned slow burn of a 50-overs match boiled down to its 100th over – Lancashire needed to restrict Essex to 20 runs to advance.

Skipper Tom Bailey had all his bowlers except Jack Morley from whom to choose – he went for the experience of Steven Croft, who had made 93 batting and conceded just the one boundary in his previous seven overs. No10 Jack Plom went dot, one to get Simon Harmer on strike, who went six, six, six, two to tie the match, eliminate Lancashire and progress Gloucestershire – because Simon Harmer wins cricket matches for Essex.

In Group Two, Yorkshire needed to beat Glamorgan at Sophia Gardens to advance and, having cobbled together 230 all out (with extras contributing a handy 25), they looked second favourites. With the board showing Glamorgan on 121-0 in the 28th over, no doubt score predictor algorithms had the visitors’ chances down to single figures.

But one of the many delights of this Cinderella competition is the way youngsters and bit part players have come to the ball and dazzled fans with their skills, their professionalism and their spirit. The big names with the big hits may be indisposed, but supporters respond to big hearts and they have had plenty of those on show.

Glamorgan only needed 51 at less than a run a ball with nine wickets in hand, but all-rounder George Hill took three wickets with his next six balls, including captain Kiran Carlson and top scorer Nick Selman, and that feeling of “this can’t be happening” went through the home dressing room as players hunted for pads, boxes and gloves, pulses suddenly over 100. Just two boundaries were struck in the panic and Yorkshire got home by four runs.

Surrey took the other knockout spot with two crushing victories in three days.

Despite being shorn of a squad’s worth of players by other calls (yes, it’s Surrey, I know – cue the crocodile tears), they smashed 23 sixes in a combined 77 overs to hammer first Warwickshire and then Derbyshire. It makes one speculate on how they practise in South London, because so many batsmen who would not be near a first team slot were it not for those absentees, are so clean in their hitting, the ball cracking off the bat face with that telltale whiplash sound.

The bowlers are doing their bit, six having taken a wicket at Derby, but they are very much Andrew Ridgeley to the batting unit’s George Michael at the moment.

And Wham! Tim David was at it again in the quarter-final eliminator.

The big Singapore T20 international with an Australian background is making any total look gettable at the moment. He only got to his second century of the week courtesy of Gloucestershire’s eighth-wicket stand of 105, George Scott and Tom Smith each with undefeated half centuries, Dan Moriarty once again the pick of the bowlers with 2-30 from his ten overs.

But there’s no holding David who was joined by his captain, Jamie Smith, in a stand of 102 that broke the back of the chase. He’s averaging 84 at a strike rate of 152 in the Royal London Cup, quite a return on Surrey’s investment and a coup for whoever spotted his potential. He’ll fancy a bit more Go-Go in the semi-finals.

In the other quarter-final, 20 year-old Josh Rymell saw his opening partner, Alastair Cook go early, but decided to do what he would have done and batted into the 47th over for 121. Though only Matt Pillans was collared and the Yorkshire bowlers took wickets regularly, the other eight Essex batsmen who spent time at the crease made double figures, with an inevitable late acceleration taking the target to 318.

But Essex’s spin triplets got amongst the batsmen just when they needed to crack on after a cautious start, Simon Harmer, Aron Nijjar and Tom Westley returning combined figures of 20–1-84–7.

Just a postscript to thank every supporter who has attended and will attend the knockout matches (especially those travelling) obliged to make plans at very short notice indeed. Remember that when attendance figures are touted for The Hundred.