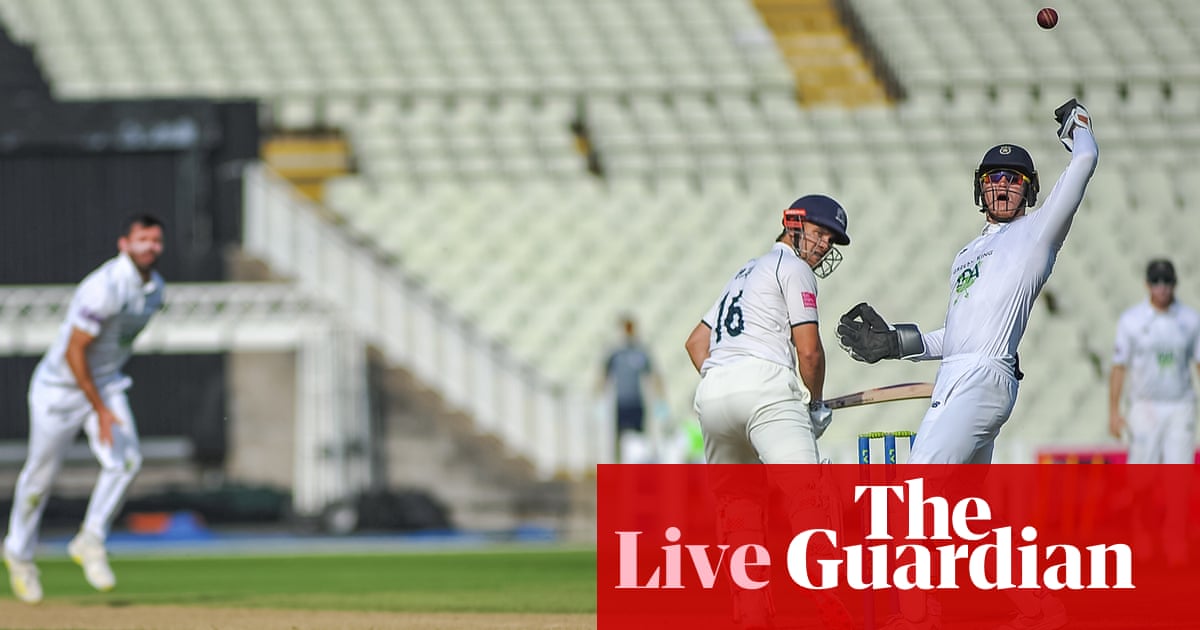 Chelmsford: Essex 150-5 v Gloucestershire 76 all out

One hundred and two wickets fell on a deliciously fruitful bowling day in the championship. With start times brought forward to 10.30am because of the swiftly encroaching dusk, batsmen were given a torrid time from Edgbaston to Chelmsford.

Three teams were bowled out for less than a hundred with the day barely into its morning stretches. Gloucestershire were skittled for 76 thanks to new-ball magic from Jamie Porter and Sam Cook. Essex themselves looked in trouble at 32 for four but an unbeaten 71 from Paul Walter gave them the lead. Glamorgan folded at a similar rate, managing only 97 on a green seamer, quite an achievement from 63 for one. Durham’s batsmen then made batting look easy.

Meanwhile, 20 wickets fell at Edgbaston where a positive Covid-test delayed play by an hour. Hampshire were fizzed for 89 by lunch, with five wickets for Will Rhodes. Mohammad Abbas and Keith Barker then ran through Warwickshire for 116, before batting suddenly became easy.

On a topsy-turvy day, Ben Duckett, Sam Northeast and Joe Clarke all made fifties before Nottinghamshire lost five for 19 either side of tea. Lancashire then lost two wickets before stumps.

An unbeaten 79 from Harry Brook handed Yorkshire the advantage on a ping-pong day at Scarborough. Somerset were skedaddled for 134. The Somerset bowlers chipped away, but Brook’s feisty innings threatened to take Yorkshire up and away.

Jamie Smith made a glorious 123 to lift Surrey from 15 for three. With a succession of on-drives sweet enough to keep autumn at bay, Smith reached his third first-class hundred. He put on a serene 145 with Will Jacks (60), but Northamptonshire struck with the new ball, Tom Taylor taking five for 41.

Kent built a handy lead over Worcestershire thanks to fifties from Ollie Robinson, Jack Leaning and a free-flowing Darren Stevens, despite having been 22 for three. Matthew Milnes and Nathan Gilchrist had earlier bowled out Worcestershire for 133. Leicestershire batted serenely on a flat pitch to reach 282 for three.

Good morning! It’s Monday and Hampshire start day two with a lead despite being bowled out for 89. Welcome to the County Championship.