County cricket: Warwickshire’s title was a triumph of teamwork 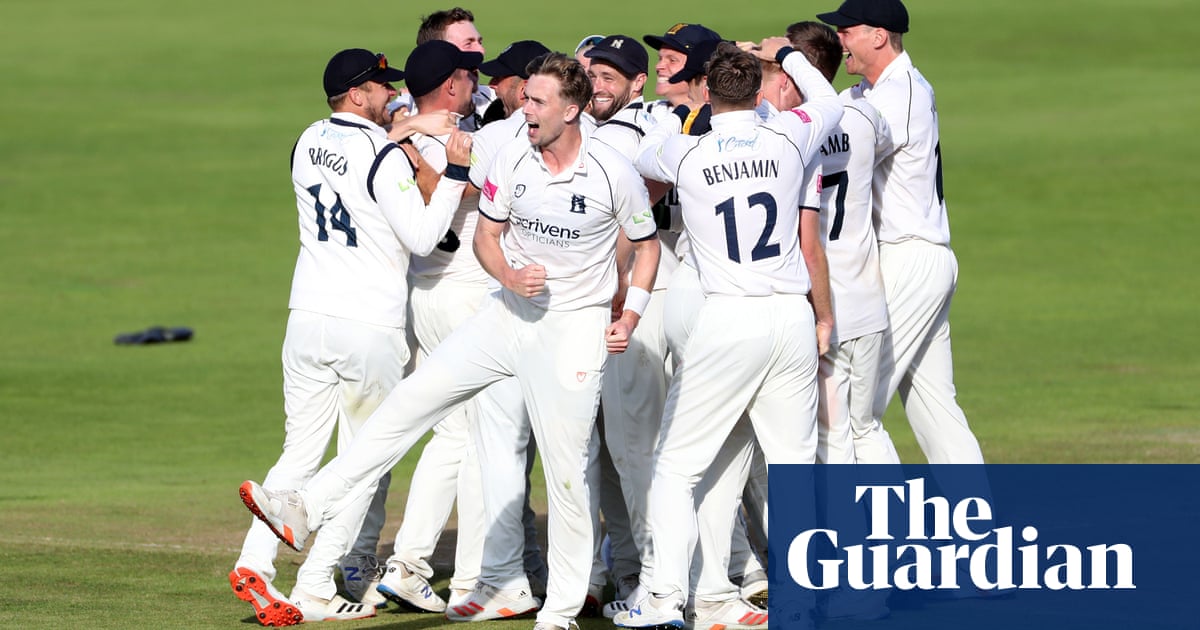 Ball One: Bears hibernate for the winter with pennant

Do you recognise this sequence of numbers: 107, 184, 134, 141, 90, 314, 389? Masochistic Lancashire fans will know these were Somerset’s innings totals in Division One at the point when they set off in pursuit of 273 to beat Warwickshire, or survive 79 overs for the draw. Either would have sent the pennant to Old Trafford.

So the last number in the sequence is, as all Lanky fans now know, 154 and the flag will fly over Edgbaston, Warwickshire’s two wins in the divisional stage lifting them three and a half points clear of Lancashire and a further half point clear of Nottinghamshire (who had scored three wins … but let’s not go there – everyone knew the rules).

County championships are not easy to win (ask a Somerset or Lancashire fan about that) so the winners are always worthy, for all the stop-start calendar, the international calls and rests, the comings and goings of the overseas players. The second-city club finished first. Congratulations to them.

For all the memories of Mushy bowling Sussex to titles and Simon Harmer’s mountain of wickets for Essex more recently, teams (perhaps these days, squads) win titles and it was a team performance from Warwickshire that got them over the line on an anything but “result” home pitch.

Rob Yates, Dom Sibley, Will Rhodes, Sam Hain, Matthew Lamb and the reborn Danny Briggs all made significant contributions with the bat; Chris Woakes, Tim Bresnan; Liam Norwell; Craig Miles and Briggs again took wickets, with Michael Burgess holding his catches. To achieve those levels of performance from one to 11 at the end of a long season with the pressure on speaks much for the leadership of Will Rhodes as captain and Mark Robinson as coach.

Ball three: Dane Vilas brings it home (for one night only)

Wind the clock back 24 hours and Lancashire were still wishin’ and hopin’ in the autumn field of Liverpool Cricket Club, where happy memories of winning the championship still hang in the salty air a decade on.

In a low-scoring thriller, James Vince had done his usual “batting on another planet” show and found a partner in Liam Dawson, the ex-England pair adding 80 vital runs before Matt Parkinson won an LBW decision against Vince and Tom Bailey, en route to a career-best 7-50, bowled Dawson. The home team’s target was 196, but it would be the highest score of the match and that’s never a gimme.

After Alex Davies biffed 44 on his valedictory championship outing for his county of birth and Luke Wells had continued his fine late-season form, Lancashire needed just 45 runs with six wickets in hand – but we’ve all been there before and so have the players. Sure enough, Mason Crane pinned Steven Croft LBW and suddenly transformed into Shane Warne, as wickets fell, pads and boxes were fished out of bags and panic oozed from the crowd to the dressing room and back again.

Captain Dane Vilas observed it all from the other end and, when last man Parkinson survived the two balls he needed to, the South African whacked the required boundary, embraced the joy and allowed a dream to grow overnight. That it was not to be does not diminish a tremendous game played by two teams who started the match with a shot at the title and still had one when the last ball was bowled – almost as if “every ball counts”.

Nottinghamshire finished a satisfactory season having reconstructed a red-ball side that had collapsed, coming within a sniff of the dubious pleasure of playing five days of cricket at Lord’s in the watery autumnal sunshine (and that’s if the weather is as good as can be hoped for).

Teenage all-rounder Joey Evison backed up his maiden 50 with 4-13 as Yorkshire shambled to 73 all out. It’s never as straightforward second time round and Adam Lyth’s eight-hour 153 rescued some Yorkshire pride in a largely disappointing season, ensuring that Notts would chase a banana skinnish 174 for the win. Ben Slater took a leaf from Lyth’s playbook and anchored the home side to a five-wicket victory.

Notts won half of their 14 championship matches, an excellent return after such a long period without a win and something to build on for 2022. Yorkshire have plenty of young talent at their disposal, but that can be a curse as much as a blessing as the right balance for an XI can be hard to strike with the constant temptation to try another youngster when it might be better to pick and stick. They selected 21 players over 14 matches, which feels at least five too many.

Once it was confirmed that Essex would play in Division Two, the only threat to them winning it was a sulky attitude from players who have won much more prestigious honours in the past (ie honours). That was seldom likely to be allowed to fester in such a competitive dressing room, and it didn’t.

The shortest four-day championship match in history was wrapped up in fewer than 100 overs, Northamptonshire capitulating to 81 and a pitiful 45, Sam Cook’s brace of fivefers meaning that Simon Harmer did not need to add to his wickets tally at all.

Quite what it means for next season, or indeed this season, is open to question, a flaw in a structure that gave us many fine matches across the spring and autumn but does leave more counties playing for confected prizes in essentially meaningless matches than is the case in the pre-pandemic two divisions all-play-all structure. A return to that format would require 18 four-day matches to be played, but if six months is insufficient for that, it’s not the Championship that’s at fault.

Kent won all four of their autumn championship matches to add the, er, Division Three title to their T20 Blast Trophy and extend their winning streak from 12 August right through to next season.

A run like that breeds the self-belief required to look at a target of 373 posted on a scoreboard for more than 100 overs and chase it down. When Zak Crawley was dismissed, fourth to go with just 103 on the board, it just looked just a matter of time for Middlesex, but Ollie Robinson (Kent’s Ollie Robinson) notched a century, putting on 172 with Tawanda Muyeye, the refugee from Zimbabwe, whose talent is beginning to outshine his extraordinary backstory.

There was still 63 to get when No 9 Grant Stewart joined Marcus O’Riordan, but the Australian quick has a first-class century to his name and plenty of ticker. He was still there when Matt Milnes hit the winning runs, Middlesex left to rue another defeat in a season that had been improving after a poor start.

In search of ‘Lithium Valley’: why energy companies see riches in the California desert

When Love is Called as a Conspiracy: The 'Love Jihad' Bogey Targeting Interfaith Couples in India