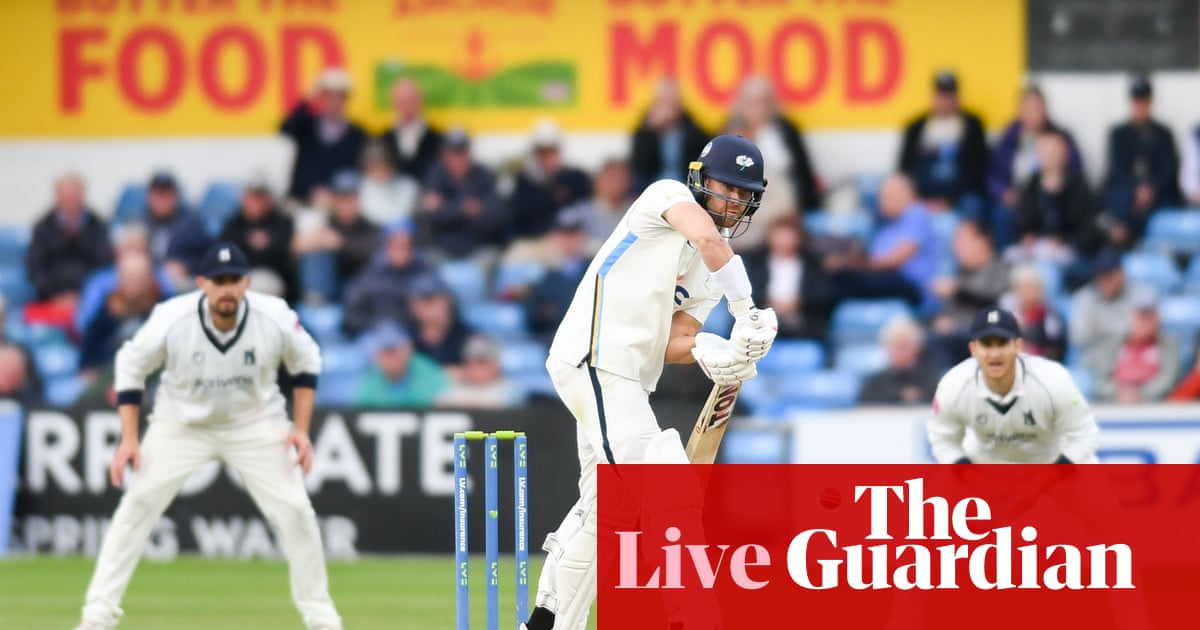 Rain washed out day three of the penultimate round of the county championship across Leeds, London and the Midlands but two matches shaping Division One were completed.

Lancashire jumped to top spot when they beat Somerset by 10 wickets at Taunton before Hampshire supplanted them in beating Nottinghamshire by 122 runs. Having followed on, Somerset began 57 behind with six wickets in hand, hoping to build a lead. But Tom Bailey removed the overnight pair James Hildreth for 26 and Lewis Goldsworthy for 22, before George Balderson and Jack Blatherwick wrapped up Somerset for 314. A chase of 32 was completed without fuss.

Southampton’s wet field delayed play until after lunch, when Hampshire’s three wickets in hand took them from 133 to 178 all out. Keith Barker’s 29 runs were important after his seven wickets on day two. That set Nottinghamshire 250 to win, which looked a chance at 64 for one while Ben Duckett reverse-swept a brisk 33.

After he unwisely picked a fight with the Pakistan seam maestro Mohammad Abbas, Hampshire’s spinners took over, Liam Dawson finishing with five for 45 and Felix Organ three for 22 on a pitch that increasingly offered turn. Notts registered eight scores in single figures on the way to 127 all out.In Division Two, Gloucestershire made 419 in Cardiff, then reduced Glamorgan to 67 for six in the third innings.

Good morning! I thought today would be sweeping up the bits after the party, but rain swished through the country yesterday, wiping out games hither and thither. There were two results, big ones in Division One: Lancashire’s thrashing of Somerset and Hampshire’s boot up the backside of Notts. All eyes now turn to Headingley.

Told My Dad “Want To Marry Her, But She’s Christian”:

Assets Worth Rs 390 Crore Seized In Tax Raids In

Shikhar Dhawan recreates ‘bahut jagah hai’ video but with a

This Booming Town In South Africa Houses Only White People