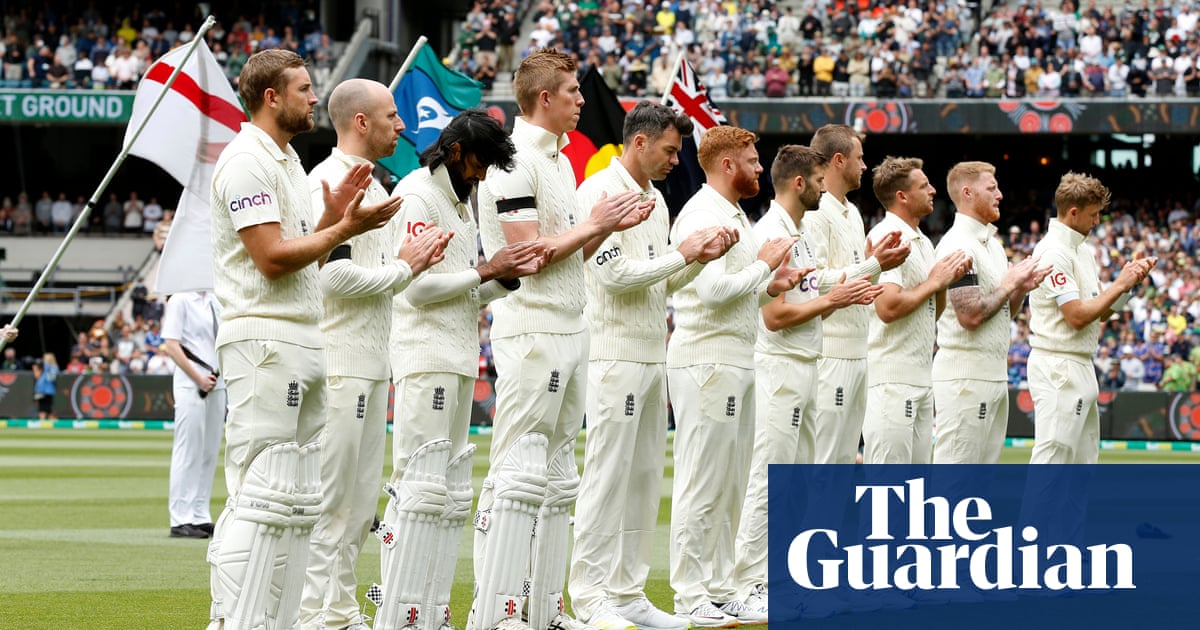 England’s players underwent and subsequently cleared an emergency round of Covid-19 testing before day two of the third Ashes Test in Melbourne after the detection of a positive case in the camp.

Coming at 9.23 the morning after the tourists had crumbled to 185 all out in their first innings, and Australia reached 61 for one at the close of play, the positive case was detected among what team management labelled “the family group”.

It initially plunged the match into doubt, with a statement from England saying: “The team and management are currently at the team hotel awaiting results of RFT Covid tests [lateral flow] following a positive test in the team’s family group.”

The results of testing came back negative, however, and a further update from the team confirmed that players and support staff would travel to the MCG. Two squad players and a small number of coaches were understood to be staying behind as a precaution, despite none testing positive thus far.

The less accurate lateral flow tests have provided some peace of mind but a spread cannot be ruled out.

This issue, coming just an hour before the start of play, underlined the precarious nature of a series that has already seen Australia’s captain, Pat Cummins, forced to isolate and miss the second Test in Adelaide due to close contact with a positive case.

That match also witnessed an outbreak in the media centre, with separate positive cases in both the BBC Test Match Special team and the production staff of host broadcasters Fox Sports causing disruption to their respective services.

This case among the wider England touring party represents a serious issue for Cricket Australia and the England and Wales Cricket Board, not least with players, support staff and family members all lodging in the same hotel and having celebrated Christmas together.

While staying in Victoria, which recorded 1,999 positive cases on Boxing Day, both teams have been subject to tighter restrictions off the field, with dining in public limited to outdoor spaces. CA and ECB have tried to mitigate the risk of Covid-19 while simultaneously allowing some normality given the strains of biosecure bubbles.