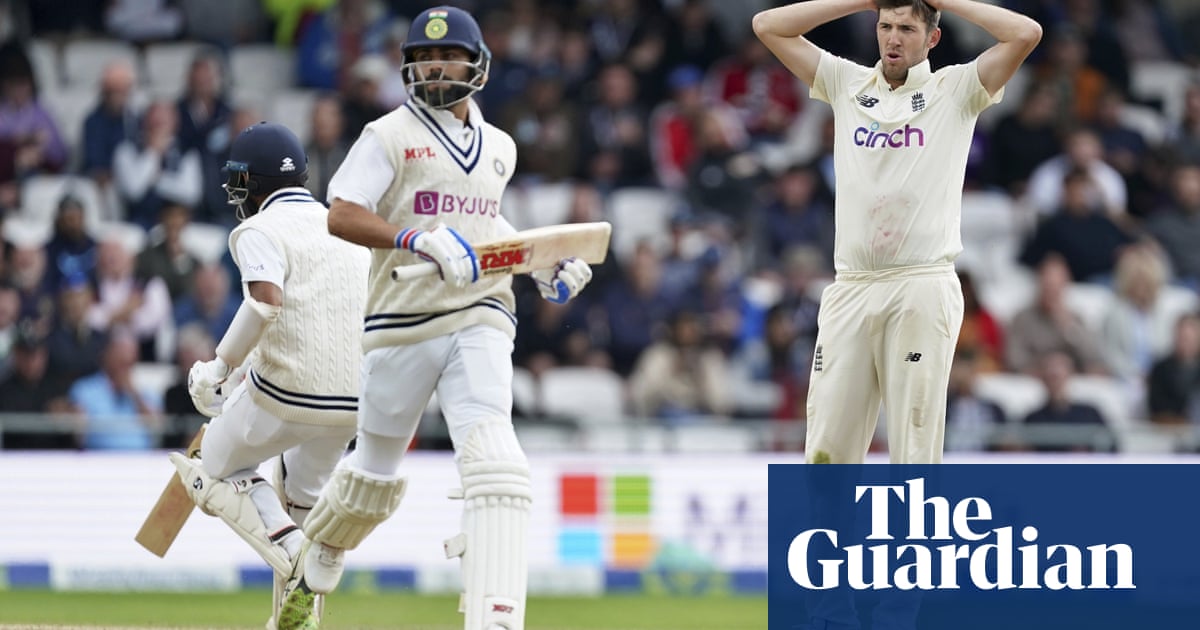 After a long day in the field, Craig Overton was frank about the importance of the new ball to England’s chances of bowling India out quickly on Saturday.

“Yeah, it’ll be massive,” he said. “We have to be on it from ball one, hopefully we get a couple early and press on. If they start really well, we’ve got a real scrap of a game on.”

Despite 91 not out from Cheteshwar Pujara, at home at Headingley after two stints as an overseas player, and an unbeaten 45 from Virat Kohli, India still face an uphill struggle: needing another 139 to make England bat again.

Overton was parsimonious in his 17 overs, hauling one for 35, as well as taking his place in the slip cordon, as England wrestled with an Indian fightback and reviews that did not always fall their way. Rohit Sharma was lucky to survive a closer look at a sharp lbw appeal by Ollie Robinson on 39, when Joe Root was fractionally late to call for a review – beaten by the clock as he pleaded with his teammates for good counsel.

“I wasn’t quite sure,” said Overton. “I thought he might have hit it, that’s what the umpire thought, but Jimmy at mid-on was almost certain he didn’t hit it so we weren’t really quite sure. It would have been nice if we’d have been half a second earlier and got that wicket.”

England know that they must strike early to dismiss Kohli, on his highest score since his 62 against them at Chennai in February. Batting in a cap, he started to look once more like an irresistible force. They will not, however, attempt to fight fire with fire. “He’s one of the characters that wants to get in the battle, so as a side we’re just trying to make sure that we do our business as quickly we can,” added Overton. “Not ignore him but make sure that we stick to the basics of what we do well, and go from there.”

India too, are determined to learn from their past errors. “We batted poorly in the first innings,” said Sharma. “They bowled pretty good balls but it was definitely not a 78 [all out] pitch. As a batting unit, we accepted we batted poorly and we corrected our mistakes in the second innings, which is why we are in this position right now.”