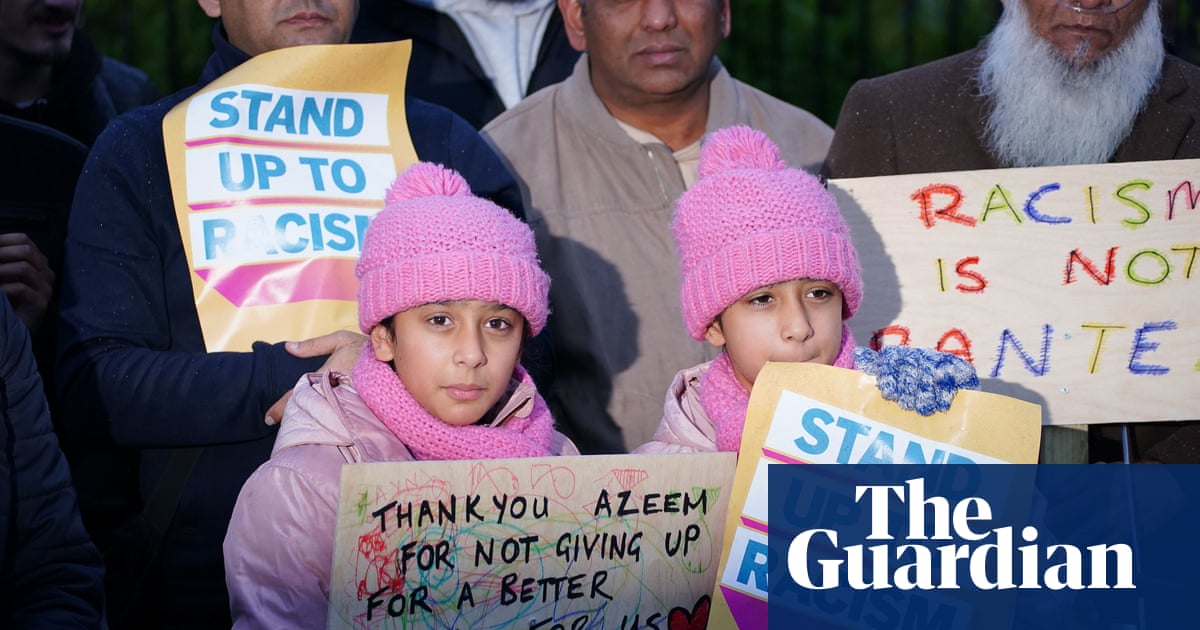 I was surprised that even the Guardian’s extensive coverage of the racism allegations at Yorkshire County Cricket Club (Yorkshire suspended from hosting Tests as ECB weighs in on Rafiq case, 4 November) has not contrasted prevailing attitudes there with those on the other side of the Headingley stand, where rugby league is played.

League, of course, for very many years, welcomed black players facing discrimination in rugby union, and the first black British professional coach in any sport, Roy Francis, had considerable success with the Leeds club at Headingley. While the England and Wales Cricket Board’s antecedent, the MCC, and the Rugby Football Union, were giving comfort to apartheid South Africa, Clive Sullivan became the first black captain of any British national sports team in the 1972 Rugby League World Cup. And in 1994, Leeds-born Ellery Hanley, who played at Headingley for a number of years, was the first black player to coach a major international team in Great Britain.

League has embraced inclusivity since the breach with rugby union in 1895; if Yorkshire CCC genuinely seeks radical reform, it doesn’t have far to go for some sound advice.
David Hinchliffe
Hade Edge, West Yorkshire

I read with interest the excellent article by Barney Ronay (When it comes to racism in cricket, the ECB is the accused not the judge, 5 November). Few people will be surprised by what has emerged about the culture at Yorkshire CCC, but it is the culture in cricket that Barney rightly identifies: a culture that the England and Wales Cricket Board has done nothing to address.

I hope that the ECB is invited to meet the Department for Digital, Culture, Media and Sport select committee alongside Yorkshire. Both the governing body of cricket and one of its most influential counties must be held to account. Hospitals and schools that fail are put into “special measures”, and an interim governing body put in place where the existing governors have failed. The same should happen with the ECB. I fear that without Test matches and sponsorship, Yorkshire will struggle to survive.
Chris Waterman
Chalfont St Giles, Buckinghamshire

Who will be most affected by taking international fixtures away from Yorkshire? Fans and members like myself who have already bought tickets for 2022, but have had no part in the scandal engulfing the club. Surely the ECB should be seeking to identify those individuals who have been responsible for racism, together with those who have not taken it seriously, and looking for ways to sanction them.

The matches could go ahead, with all the proceeds taken by the ECB and used to fund appropriate measures to address the issue of racism in English cricket.
Michael Sanderson
Elsecar, South Yorkshire

On 8 March 2021 a small number of MPs including Diane Abbott, John McDonnell and Jeremy Corbyn supported an early day motion in the Commons raising the issue of racism in domestic cricket and the lack of senior black and minority ethnic people at all levels of the game. Nothing was done, and Yorkshire CCC continued to cover up an investigation into racism at the club. That has now caused a reputational crisis for English cricket. What many anti-racist cricket fans, myself included, want to know, is what is actually going to be done about the matter beyond just words and gestures.
Keith Flett
Tottenham, London