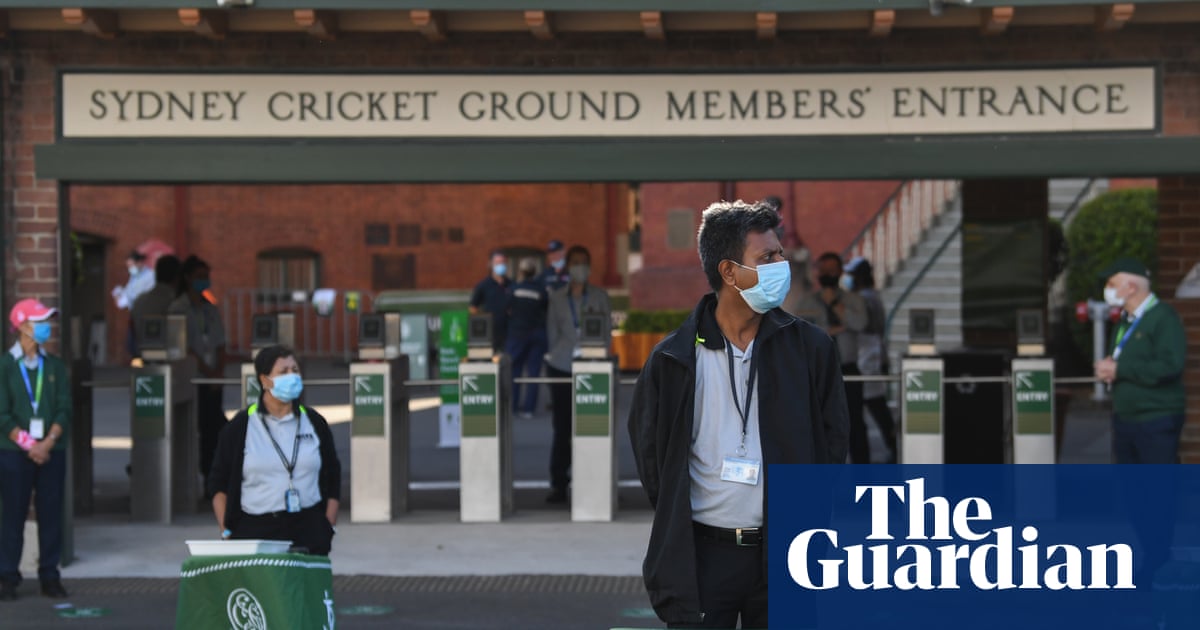 Cricket Australia is confident fans won’t stay away from next week’s Sydney Test amid the record surge of Covid-19 in the city. NSW recorded 11,201 new cases on Wednesday, with more than 8,000 of those from the Sydney metropolitan area.

“We’ve got very robust Covid-safe plans that are led by the venues working closely with the health authorities,” CA CEO Nick Hockley told the ABC. “Outdoor settings we know are lower risk. Everyone will be double vaccinated, they’re seated venues.

“As long as everyone follows the advice, I think people can come in the knowledge they’re going to be safe.”

Crowds of above 35,000 are expected for the first three days at the Sydney Cricket Ground, with the total attendance likely well below the 182,349 for the New Year’s Test in 2018, the last time England toured.

This year’s expected drop is in line with figures throughout the Ashes series, and the dip in attendances across all sports during the pandemic. In Melbourne, the Boxing Day crowd was lower than usual, but figures remained high for the rest of the Test as fans opted to go to days where crowds are usually lower. Some 40,945 arrived for the 80 minutes of play on day three, while as many as 35,000 were expected to attend day four before England’s collapse meant it did not go ahead.

Officials are hopeful the numbers will not slide beyond those levels in Sydney from next Wednesday, where there have been more than 47,000 new Covid cases in the past week.

The NSW Government on Wednesday changed close contact rules for all people, allowing them to leave isolation after a negative test. That same rule had already been invoked for cricketers on Tuesday.

England still have six positive cases in their group, after three non-playing staff and their family members became positive in Melbourne this week. Further PCR tests of England players on Tuesday night have all returned negative, with regular testing to continue.

Officials are also confident the camps won’t be impacted by Sydney’s Covid surge, with both teams staying in an exclusively booked hotel.