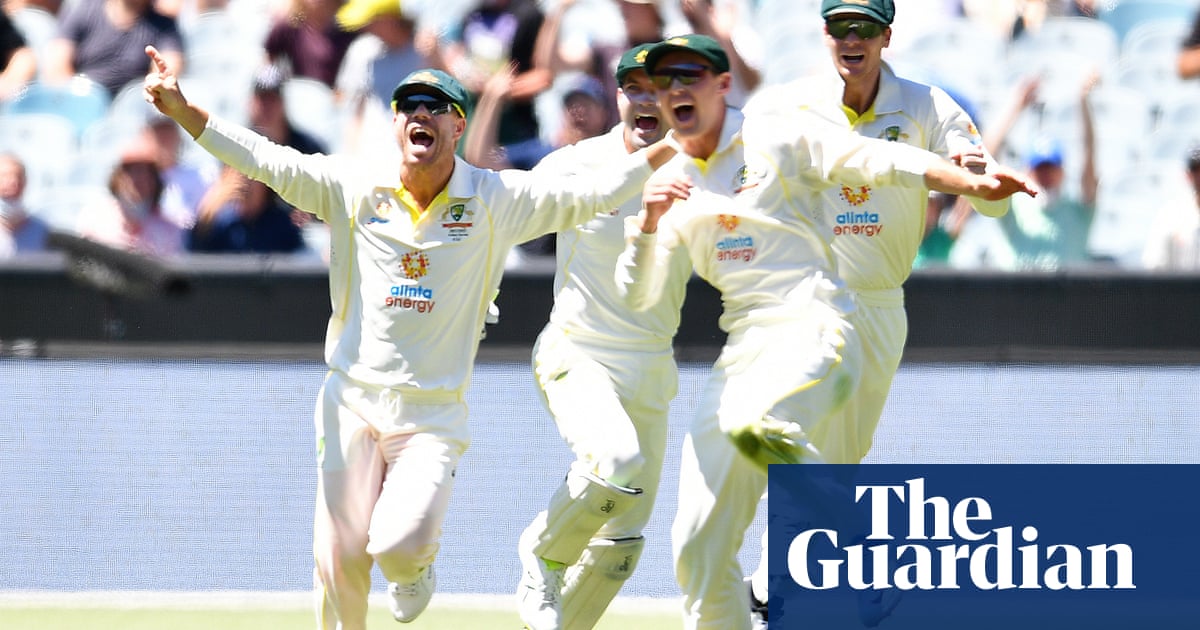 I had a look at the 1967 edition of Wisden on Tuesday morning, after hearing the news of England’s Ashes defeat. Its report of the 1965-66 England tour of Australia shows that the team arrived in Australia in late October and played 10 warm-up matches, including five four-day state games, before the first Test started on 10 December. The team was not an outstanding one, but it was competitive in the series, which was drawn one-all.

By contrast, the current England team was scheduled to play just two warm-up matches against scratch teams, both of which were rained off. I am sure there are other systemic causes of England’s poor performance, but the idea that we can fly a team a diagonal of the Earth away from their own fields and expect them to acclimatise within a few days to become competitive with a home team is surely fanciful.
Richard Williams
Hove, East Sussex

On hearing the overnight news from the Melbourne Test, I felt sure I already knew 11 of the “15 words associated with horror” in your Wordsearch in the print edition (G2, 28 December).
Andrew Holder
South Wonston, Hampshire