58
Shares
Facebook22Twitter14WhatsApp3Telegram1
Linkedin1Pinterest5Tumblr1
Ravichandran Ashwin, batting at No. 3 for Rajasthan Royals against Delhi Capitals, wowed all with his batting talent. He has been used as a top-order batter on several occasions and on Wednesday, he reached a big milestone in his T20 career as he scored his maiden half-century in the format, in what was an entertaining… 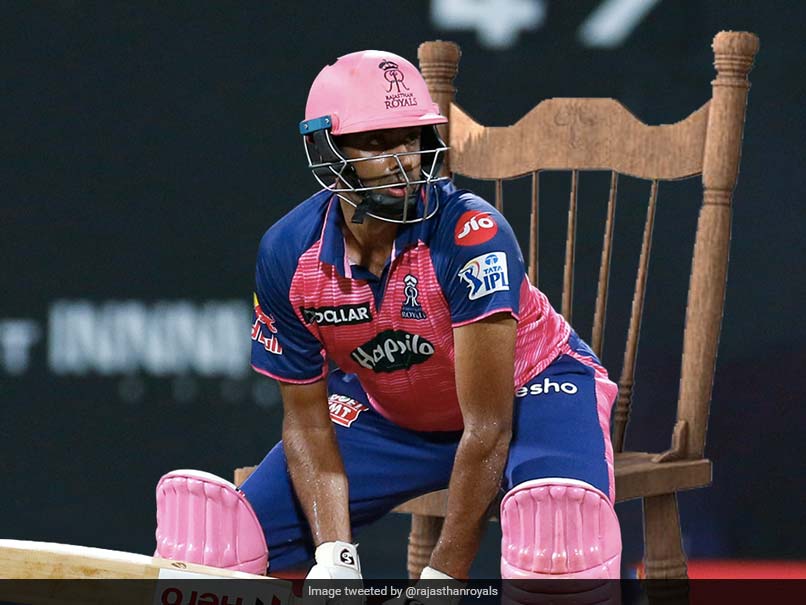 Ravichandran Ashwin, batting at No. 3 for Rajasthan Royals against Delhi Capitals, wowed all with his batting talent. He has been used as a top-order batter on several occasions and on Wednesday, he reached a big milestone in his T20 career as he scored his maiden half-century in the format, in what was an entertaining knock as he hit two sixes and four fours to reach his fifty in just 37 balls. He top-scored for his team to take the score past the 150-mark, but ultimately RR lost the match by eight wickets.

However, there was another aspect of Ashwin’s batting that garnered attention. While facing Kuldeep Yadav he bent a little extra which made for odd viewing. It happened on the fourth ball of the 12th over by DC spinner Yadav. And to make matters more interesting, Ashwin even hit the delivery for a six over long-off.

Even his own team Rajasthan Royals took note of it. They even created a meme out of it

Why stand and deliver, when you can sit and deliver? pic.twitter.com/7wRJf9RQ88

What do you make of R Ashwin’s batting stance from last night’s #IPL match?pic.twitter.com/UI3Is3Ks2y

Former cricketer S Badrinath had interesting take on why Ashwin took such a stance.

Went low on his stance, but he was aiming high. Way to go @ashwinravi99 #TataIPL #RRvsDC

Some twitter users wondered whether it was a cricket shot or a hockey shot.

stance like he is taking a hockey penalty and playing cricket like a boss !
First IPL 50 for Ravi Ashwin. Well played ash aana pic.twitter.com/vrBIJEDI8r

In the match, riding on Mitchell Marsh’s all-round heroics, Delhi Capitals got their act together in the nick of time to upstage Rajasthan Royals by eight wickets and keep their IPL playoffs hopes alive in Navi Mumbai on Wednesday.

After their bowlers restricted RR to 160 for six, Marsh’s 62-ball 89 and David Warner’s unbeaten 52 off 41 balls helped the Capitals complete the task with 11 balls to spare for their sixth win of the season that saw the team suffer setbacks both on and off the field, including multiple COVID-19 cases in its camp. With the ball, Marsh had picked up the two important wickets of Yashasvi Jaiswal (19) and Ravichandran Ashwin (50). Then, he smashed seven sixes and five fours to emerge as the night’s hero.