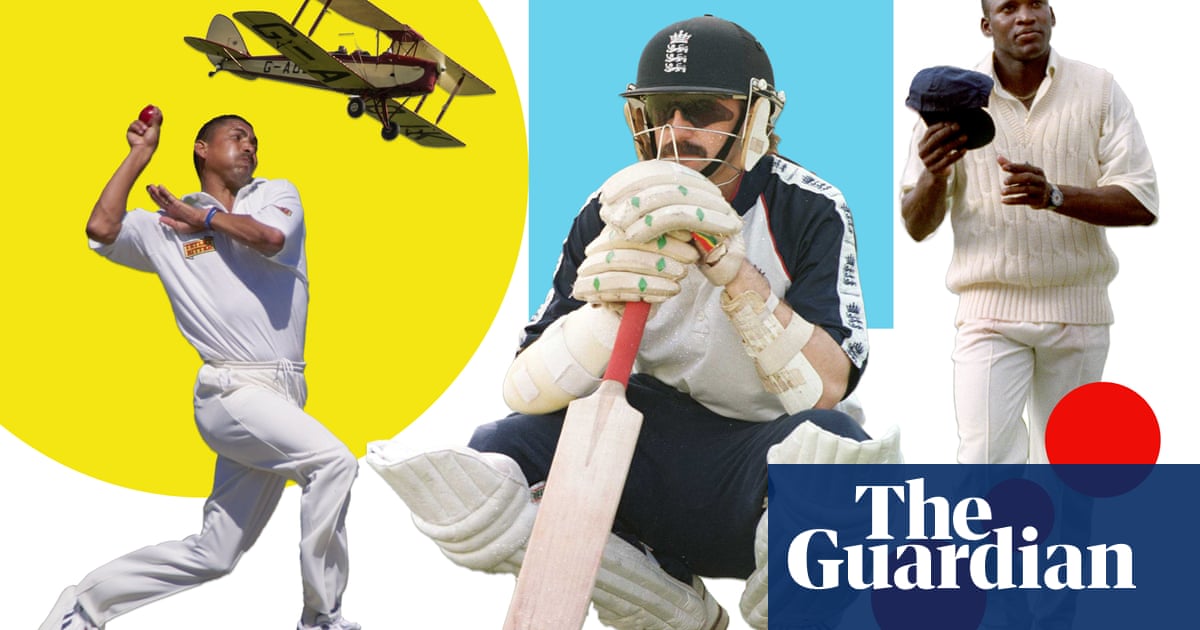 The past is a foreign country, and we could all use a holiday right now. The Guardian can’t offer an all-expenses-paid trip abroad, that would be costly and a bit weird, but we can guide you towards a happy(ish) place, where things are done very differently: English cricket at the end of the last century.

The 80s and 90s Cricket Show was created by Mark Sellek to celebrate an era that, for reasons our therapists are still trying to unpick, we all remember so fondly. Everyone had so much fun doing the first series that they decided to come back for another.

Series two has five episodes, which might be an unconscious nod to the five-out-all-out collapses that we remember so fondly. The podcast is hosted by Gary Naylor, with guests including former England cricketers, press-box royalty and 1990s teenagers. You can subscribe in the usual places – Apple Podcasts, Acast and Spotify – as well as following on Twitter.

There are two parts to each episode – a player of the week followed by a longer discussion of a series or competition. Here’s what we were chatting about in season two.

Gary Naylor is joined by Peter Hayter, Mike Selvey and Pat Murphy to discuss the eccentric wicketkeeper Jack Russell, an artist on and off the field. Then they remember a strange kind of thrashing – the 1990-91 Ashes, in which England were often the equal of Australia yet found a way to lose 3-0. And yes, all the off-field stuff – the Tiger Moth, Kerry Packer’s casino – is there too.

Gary is joined by Mike Selvey, Derek Pringle and Rob Smyth to give the old warhorse, Angus Fraser, another canter round the paddock. In the second innings, they look back to one of English cricket’s great forgotten series, a topsy-turvy draw with the West Indies in 1991. They discuss why Graham Gooch’s 154 not out is possibly the greatest innings of all time, get under the wide brim of Richie Richardson’s sunhat and just, just don’t quite, get their leg over.

Gary is joined by Derek Pringle and the two Robs, Steen and Smyth, to revisit the 1989 Nehru Cup, a seven-nation event that gave us a glimpse of cricket’s future, even if we didn’t realise it at the time. In the second innings, the panel go off-piste and choose their England Nearly Men XIs, discussing the players who didn’t quite make it at Test level or weren’t given a chance. Will your favourite get a mention?

Gary is joined by Peter Hayter, Emma John and Rob Smyth to profile the history man himself, Devon Malcolm. They discuss how England could have managed Malcolm better and recall some blistering spells, one in particular. Then it’s on to the 1999 World Cup, a tournament that was – depending on your perspective – compelling and brilliant, a total shambles or both.

Gary is joined by Pat Murphy, Mike Selvey and the man who held up the urn at the Oval, the one and only David Gower. They reflect on a famous Ashes battle in 1985, when Ian Botham swung the bat, Richard Ellison swung the ball, Gower scored gazillions of runs and we thought it might always be this way. The player of the week is Phil DeFreitas, another supremely gifted cricketer who was in and out of the England team.

The 80s and 90s Cricket Show is available on Apple Podcasts, Acast and Spotify, and you can follow the podcast on Twitter.