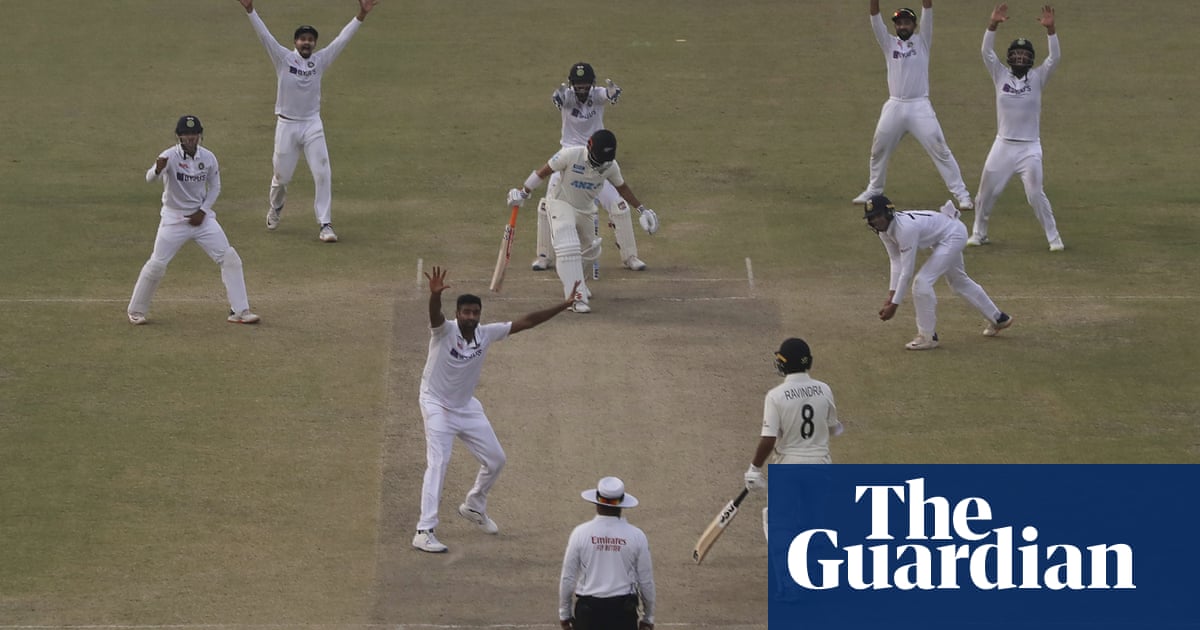 Debutant Rachin Ravindra and No 11 batter Ajaz Patel combined in a stunning rearguard to secure New Zealand’s thrilling draw in the opening Test against India.

Chasing 284 for victory on a final day surface, New Zealand were in tatters at 155-9 with at least eight overs to go and the light steadily fading at Kanpur’s Green Park Stadium.

Their last batting pair of Ravindra and Patel faced relentless spin from both ends with a shoal of close-in fielders around the bat but managed to survive the last 52 balls to deny India.

“I suppose the beauty of Test cricket really, where there can be a lot of excitement,” New Zealand captain Kane Williamson said of what he called “an exciting day”.

“Obviously when the win was out of the question, a draw is the next best option to try and fight for, and there was a lot of effort going into trying to achieve that.”

“Rachin in his first Test match and Ajaz as well showed a lot of character to bat those few overs there against high-quality, world class spin as the light was dimming.”

After a wicketless morning session, seamer Umesh Yadav struck with the first ball after lunch to break the 76-run stand between overnight batsmen Will Somerville and Tom Latham.

Somerville had walked out as nightwatchman after Will Young’s late dismissal on Sunday but played like a specialist batsman for his 36 off 110 balls. His dismissal opened the floodgates for India’s three-pronged spin attack.

The onus was on Williamson to save the match but the New Zealand captain fell for 24, trapped leg before by a Jadeja delivery that kept low.

Although wickets kept tumbling, time was also running out for India as the on-field umpires kept checking the light-meter readings. India deployed seven fielders around the bat but were still thwarted by the over-my-body defiance from Ravindra and Patel.

Ravindra faced 91 balls for his 18 not out, while Patel survived 23 balls to stay unbeaten on two.

“Very good game of cricket, they played really well,” India’s stand-in captain Ajinkya Rahane said. “I think the way we came back in the second session was very good.”

It was the first Test between the sides since New Zealand triumphed in the World Test Championship final in June.

India fielded a depleted squad for the match with several frontline players either rested or recuperating – including regular skipper Virat Kohli, who will return for the second and final Test which starts in Mumbai on Friday.