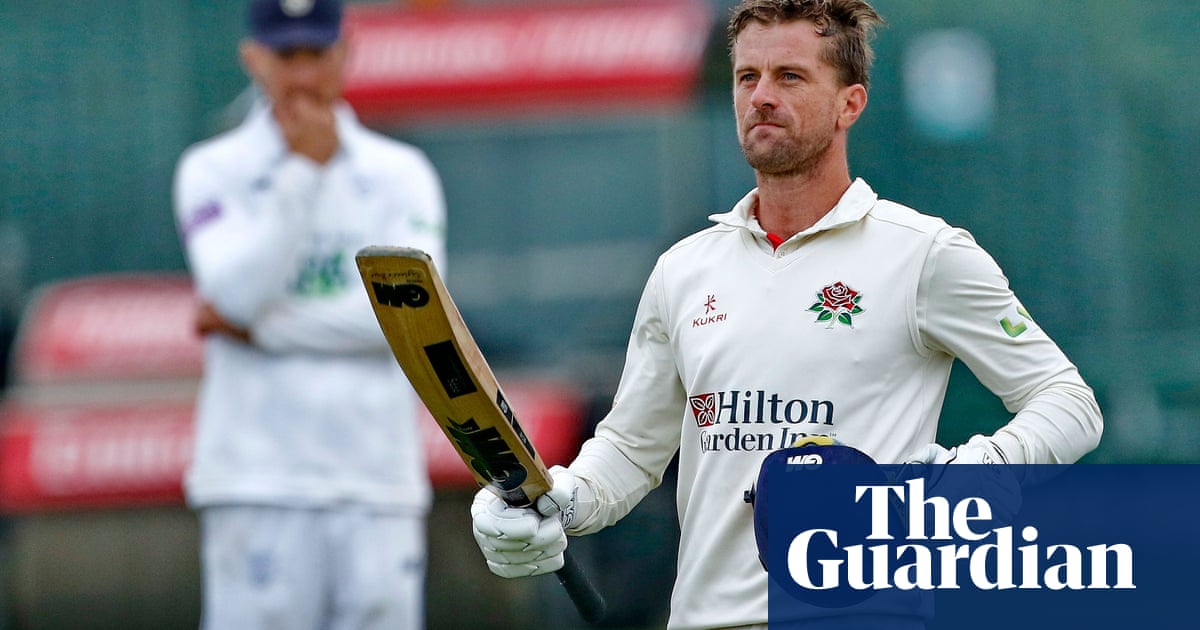 As Dane Vilas swept Liam Dawson over the rope, a great roar sprung from the camping chairs parked around the Aigburth boundary. It was ridiculous, it was beautifully barmy: a slow burner of a run-chase that turned into a dry-throated thriller as Lancashire snatched victory to keep alive hopes of their first Championship title for ten years.

At 177-5, with just 19 runs needed, Lancashire looked to be home and dry, with Hampshire’s main strike bowlers Keith Barker and Mohammad Abbas strangely tamed by a pitch that became easier the longer the match went on. So it was to his spinners, his ex-England spinners, that James Vince turned: Mason Crane and Liam Dawson.

And, like a flick of a switch, Lancashire started to crumble. First Danny Lamb edged to second slip after a sprightly partnership of 26 with Vilas, a third wicket for the already gambolling Crane, bouncing and sparking through his whirly-gig action. Then Luke Wood, buccaneering hero of Lancashire’s first innings, was snaffled by a coiled Weatherly at bat pad. Surely, though, this was all much too late?

And all this time, as chances went down, and the runs built up, and the wickets were ticked off, Hampshire’s captain Vince had been expressionless at slip. But as Vilas shimmied down to Dawson and spanked him through midwicket for four, to reduce the target to three runs, Vince fell to his knees and put his face in his hands.

But it wasn’t over. Two balls later, Tom Bailey went through for an unwise quick single and Crane at backward point unleashed a direct hit to run him out for a duck. No. 10 Jack Blatherwick then took a bold run which left him facing a whole over of the inspired Crane.

He lasted three balls, before nervously poking a ball to slip. Hush dropped like a winter frost on Aigburth as last man Matt Parkinson marched out. Spontaneous applause broke out after he survived the remaining two balls of Crane’s over, before finally Vilas took a punt at Dawson and rocketed the ball for four.

Parkinson and Vilas hugged on the pitch, before dancing along to the lovely old pavilion balcony where Aigburth sang their glories.

Hampshire, cruelly denied at the last, prepared for the long journey south, and the end of another campaign.

In the words of the magnificent Crane, “Jesus it can be a cruel game sometimes – we were a couple of inches away from winning the Championship and that’s tough to take at the minute.

“It really hurts – we said we’d keep fighting to the end and that’s what we did and I’m proud of the team and everyone for sticking with it.”

To Lancashire, who’d bowled Hampshire out quickly in the morning to give themselves a chance of victory, with Tom Bailey finishing with a career best 7-37, to Alex Davies who biffed a crucial 44 at the top of the innings in his last Championship appearance for Lancashire, there is a day of waiting. The title is in Warwickshire’s hands.

If they can bust together enough runs quickly enough tomorrow morning and take ten Somerset wickets on a dull, flat pitch: the title is theirs. If not, the Lancashire players, belting out Oasis songs as night fell in Liverpool, will have more to celebrate.