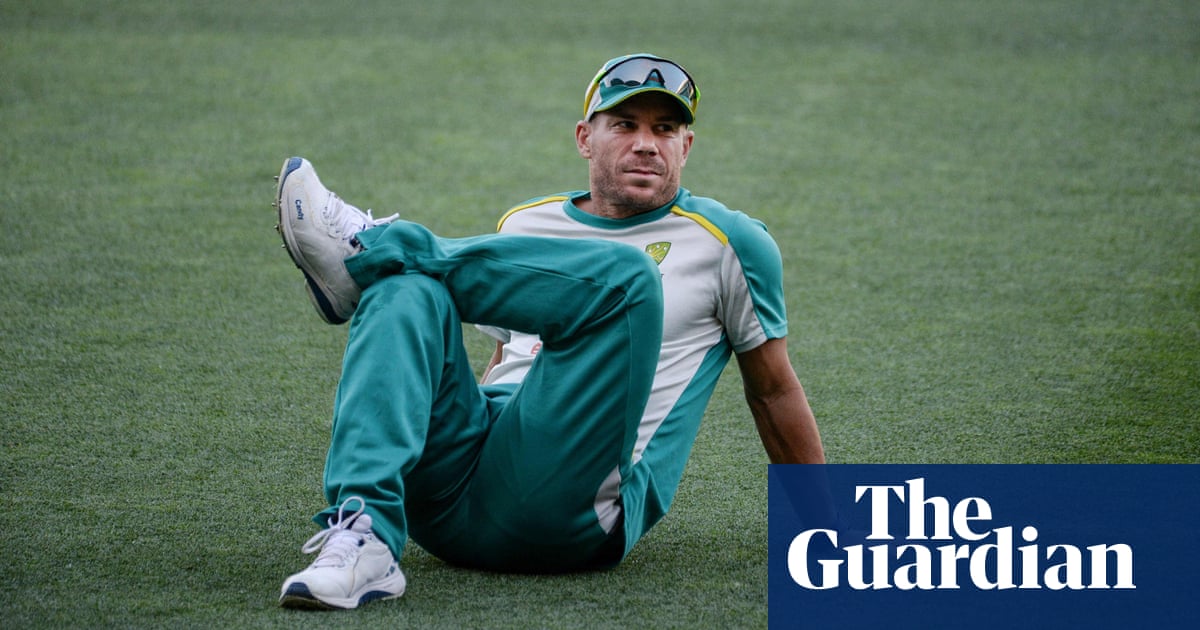 David Warner is set to bat through the pain barrier at his favourite home ground after being named in Australia’s XI for the second Ashes Test against England in Adelaide along with emerging fast bowler Jyhe Richardson.

While Richardson’s return after winning two caps back in 2019 has been widely touted ever since Josh Hazlewood was ruled out of the pink-ball Test with a side strain, Australia have been waiting on news of Warner’s recovery from a rib injury.

The opener, 35, was struck by a short-ball from Ben Stokes during last week’s nine-wicket victory at the Gabba and spent the final two days off the field. But despite visible discomfort when batting in the nets on Tuesday, Australia’s captain, Pat Cummins, has confirmed Warner will open at a venue where he has 1,045 Test runs at an average of 80.

“He’ll be right,” said Cummins, before Australia trained 24 hours out from the toss on Thursday. “He batted yesterday with a bit of discomfort but knowing Davey he’s not going to miss this once adrenaline kicks in. So yeah, all good, a little bit sore but he’ll be fine.”

Australia have not confirmed the nature of Warner’s injury but Cummins played down the suggestion of a broken rib and claimed he had received no painkillers before testing out the injury in the nets. The question now is whether the left-hander finds himself impeded either batting or in the field.

“If Davey didn’t feel like he could be as good as he normally is he wouldn’t be playing,” Cummins added. “He’s sore, but I don’t think he’s going to bat any different to how he normally would. As a bowler [the short ball] might be something you think about as a Plan B but you learn pretty quickly whether that is more of an option than normal.”

It remains to be seen whether Warner will face Stuart Broad, the seamer who dominated him during the 2019 Ashes with seven dismissals from 10 innings but was overlooked in Brisbane. England are likely to delay naming their XI until the toss and certainly not before their final training session under lights on Wednesday evening.

Australia have far fewer headaches, in fairness, with Hazlewood’s replacement always likely to be Richardson despite Queensland’s Michael Neser claiming match figures of seven for 65 when Australia A beat England Lions at the Ian Healy Oval last week.

Richardson, the 25-year-old Western Australia right-armer who made his Test debut in a pink-ball Test at the Gabba in 2019, has a tough act to follow in Hazlewood but certainly heads into the match with big licks from a captain hunting a 2-0 series lead.

“The biggest difference [to Hazlewood] is the stature,” said Cummins. “He’s slightly shorter, skiddier, as opposed to Joshy’s tall bounce. He’s really skilled, can swing the ball both ways, nip the ball. He’s a bit faster than you think, around the 140kph mark.

“He’s really consistent, in Sheffield Shield cricket he’s bowled 20 overs for 20 runs a few times. He’s more than ready to go. Josh is a big void to fill but we feel really confident Jhye can step straight in.”