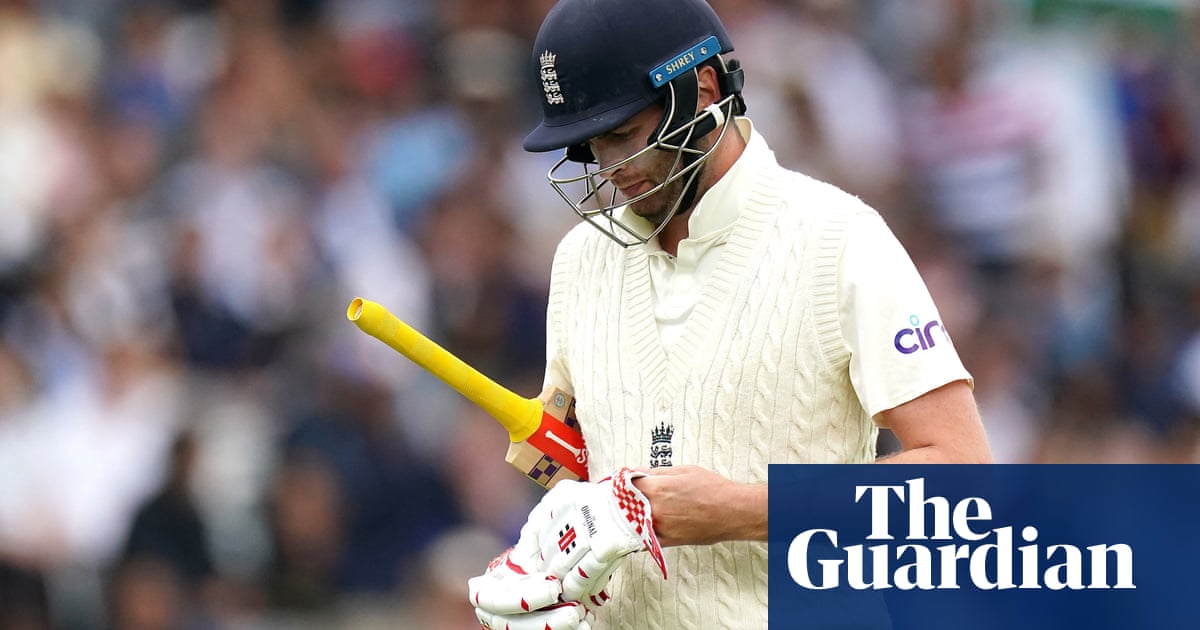 Dom Sibley has been dropped from the England squad for the third Test against India at Headingley next week, with the team’s head coach, Chris Silverwood, admitting the batsman “needs some time away to regain his confidence”.

Sibley has finally paid the price for a prolonged spell of poor form with the bat – since he scored 120 against West Indies at Old Trafford last summer his average, which in eight matches up to that point had stood at 44.33, has fallen to just 21.25. International opponents have repeatedly exploited technical failings – his last 15 Test innings include three ducks, five single-figure scores and a single half-century – while the pace at which he scores his runs has also been criticised.

Zak Crawley, who was omitted from the team for the second Test but had remained with the squad, has been released to play for Kent, while Yorkshire’s Dawid Malan, who scored 199 against Sussex in June, his only first class innings of the summer, returns to the Test squad for the first time in three years.

“Dom needs some time away to regain his confidence after a challenging period,” Silverwood said. “He will return to Warwickshire to spend time in the middle without the scrutiny and find some rhythm and confidence. Dom offers a lot of value to the Test environment and some time away should help him. However, he remains part of our plans.”

Silverwood was notably more effusive about Crawley, who he said “is still a massive part of our plans moving forward”. “We feel he would benefit from time outside the pressure of international competition to get some time working on his skills,” he said. “He has a bright future and I do not doubt that his time will come again in the Test arena.”

The Lancashire seamer Saqib Mahmood, who impressed in the limited-overs series against Pakistan earlier this summer and was part of the touring party in Sri Lanka and India earlier in the year, also joins the squad. Though Mark Wood is expected to fully recover from the shoulder injury he sustained during England’s humbling defeat in the second Test at Lord’s, Mahmood will provide insurance. The spinner Jack Leach, who has not played in any of England’s Tests this summer, has returned to Somerset.

'What a grab!': Fan takes spectacular diving catch at the Hundred – video

Afghanistan: Medical lifeline to millions must not be cut, warns WHO