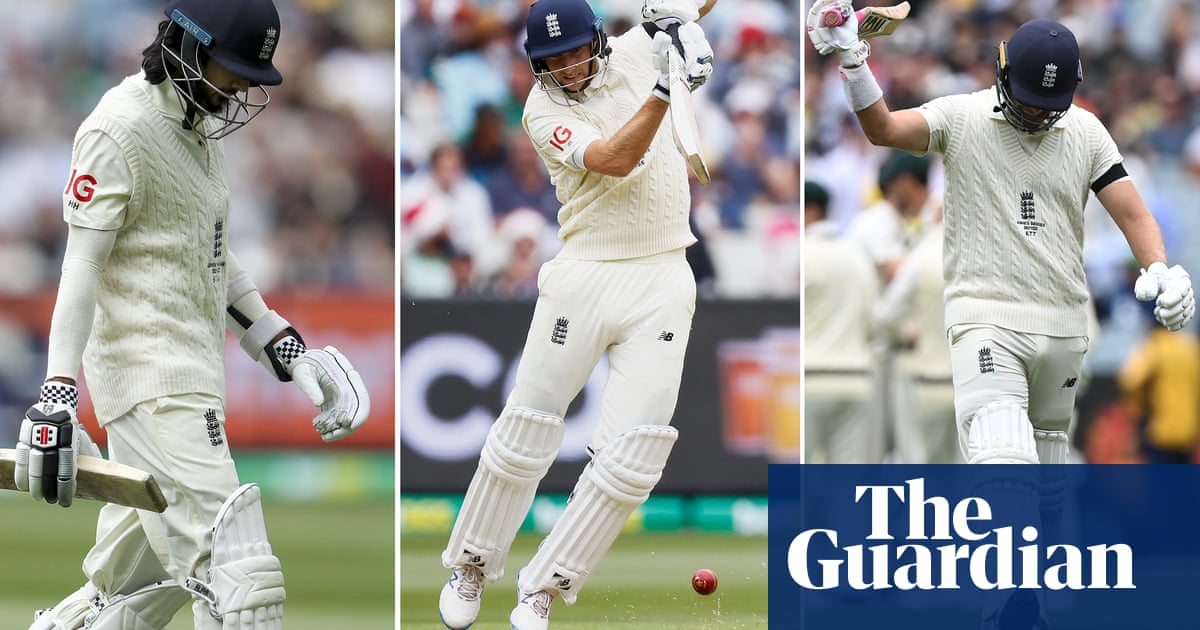 England’s latest batting collapse in Australia follows on from a series of below average scores from the men’s Test team in the past year. Statistics show the top order fairs poorly compared with other countries, and well adrift of their six main rivals.

Here we take a look at the stats which highlight how poor England’s batters have been since Joe Root was named Test captain in February 2017.

Root has averaged 47.66 since being named captain. England’s other top six batters have averaged 30.32.

Previous years this century when England have averaged less than 25 runs per wicket. Over the last hundred years it happened in 1999, 1950 and 1922 (when there was only one Test).

Total number of England batters over the last 10 years with a batting average above 40 (Root and Cook). There are 11 from each of Australia and Pakistan, 10 Indians, eight Bangladeshis, seven from New Zealand and South Africa, six Sri Lankans and five from the West Indies.