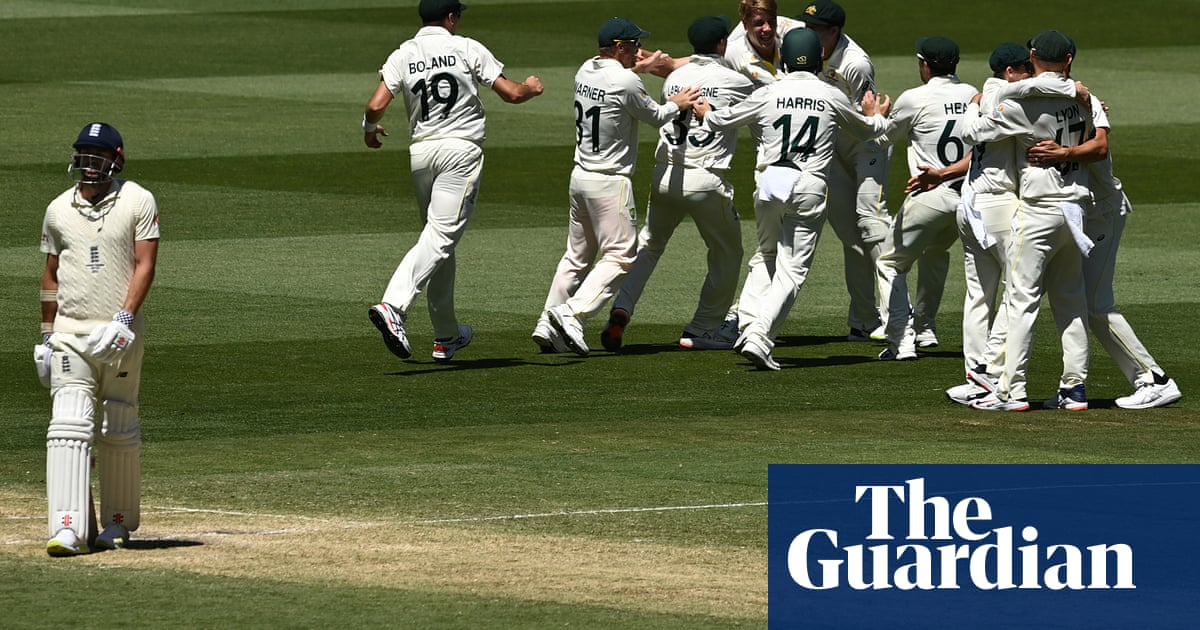 Former England cricketers and fans have begun what promises to be a long and painful postmortem into how the team slumped to the quickest ever Ashes series defeat in Australia after only 12 days of cricket.

England legend Ian Botham said he was “embarrassed” after they capitulated to defeat by an innings and 14 runs on the third day of the Third test in Melbourne on Tuesday morning with only their captain Joe Root – as usual on this tour – showing any application with the bat.

Already 2-0 down in the five-match series, they needed a big score in the second innings to have any hope of fighting back but slumped to 68 all out – their lowest total in Australia for 117 years.

Australia wrapped up the Ashes in 852.3 overs from the first Test to the end of the third, the quickest of any side for a five-Test series Ashes Down Under. England are well on their way to another 5-0 series whitewash to match those suffered in 2006-07 and 2013-14, with the remaining two Tests to come in Sydney and Hobart.

However, the consensus among ex-players, commentators and fans was that the class of 2021-22 is one of the worst, if not the worst, ever sent to contest the Ashes in Australia.

“I’m a little embarrassed,” Botham told the Seven Network in Australia. “To lose the Ashes in 12 days, I don’t know if that’s the fastest, but it’s got to be very close to it.

“I just think that England have lost their way.”

Steve Harmison, whose fast bowling feats helped England to win the Ashes in 2005, also said he was embarrassed and that it would be a difficult inquest process.

Another former England captain, Michael Vaughan, said the pandemic meant that England had not had a good preparation for the series but the real reason was more glaring.

“For some time now, this Test match team has not been good enough,” he said on Australian TV. “They’ve not focused enough on the Test match team, the focus has been more on white-ball cricket – and it delivered a World Cup [win in 2019].

“I honestly don’t think our system allows young players to develop and give themselves a chance of playing at this level.”

The television presenter and cricket fan Piers Morgan said the defeat occurred in the “most humiliating manner imaginable”, adding: “I feel sick”.

Morgan admitted that he, like many England fans, had never heard of the Australian bowler Scott Boland before he ripped through England’s batting in Melbourne, finishing up with six wickets for seven runs. His efforts contributed to England recording another set of ducks and now have a world record 54 for the calendar year.

England fans had their say in emails to the Guardian’s over-by-over blog. Lawrence Di Bartolo, of Brisbane, who described himself as an ex England cricket team supporter, said his worst fears about the outcome of the tour had come true, and summed up the mood of many.

“This tour has been a train wreck waiting to happen,” he wrote. “Unfortunately such is the pathetic state of English cricket that it will be glossed over and normal transmission will resume with the same losers in charge of the wreckage that is English cricket. Until someone stands up and states that this is not good enough English cricket will continue to be the laughing stock of the cricket world and kids will not want to play a sport full of gutless losers.”

Another England fan, Tom Paternoster-Howe, was searching for silver linings.

“The only good thing about how pathetic and embarrassing this shower that passes for an international test team are, is that at least their incompetence will annoy 140,000 Australians who had tickets for the last 2 days.”