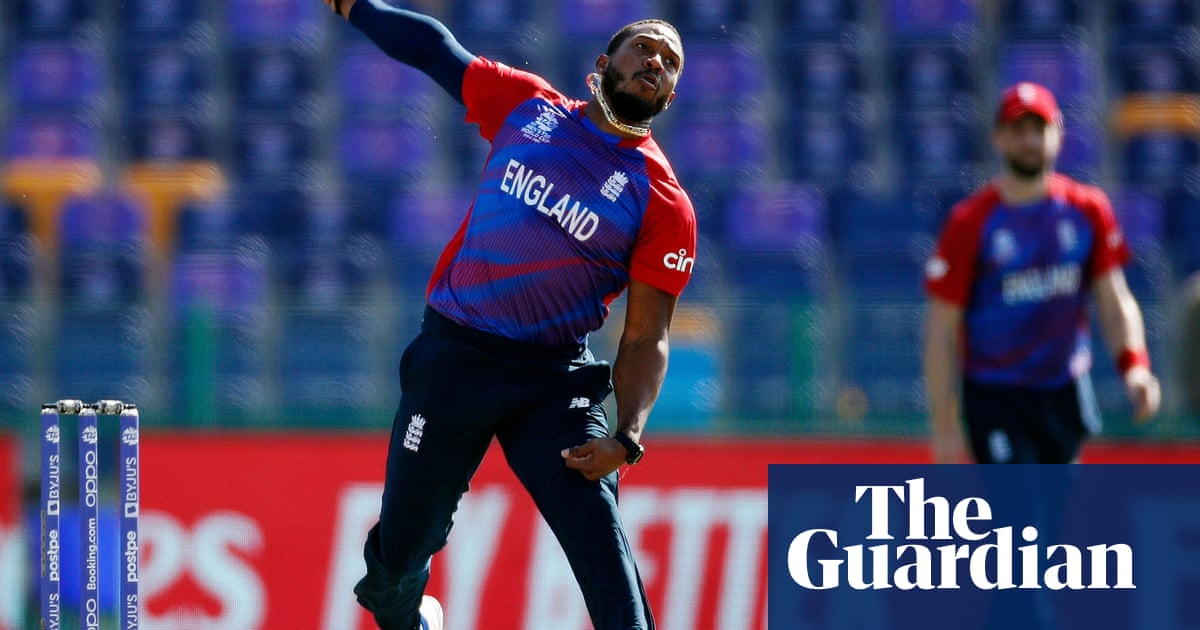 Chris Jordan has warned England will face a greater test of their resolve against Australia on Saturday, after starting their T20 World Cup campaign with comfortable wins against West Indies and Bangladesh.

England’s bowlers have been instrumental to their fortunes in the United Arab Emirates so far as West Indies were blown away for a meagre 55 last weekend before Bangladesh were restricted to 124 for nine on Wednesday. Those totals were easily overhauled with six and eight wickets to spare respectively, but Jordan accepts they face a step-up in competition when they take on Australia in the first of potentially seven meetings this winter.

“Any England v Australia game is always right up there when it comes to stakes and intensity, and I don’t expect this game to be much different,” said Jordan, who was speaking before Australia beat Sri Lanka by seven wickets on Thursday.

“It will be a tough game. They have so many good players in their team, a well-stacked batting lineup and we’ll have to be right on top of our game once again come Saturday to try to get a result.”

Both teams have several players who will take part in this winter’s Ashes series once this tournament is over but Jordan rejected a suggestion their Dubai meeting is a chance for England to land an early psychological blow. “I wouldn’t say that’s the focus because on any given day, regardless of the opposition, we try to set our own standards,” Jordan said. “We treat every single person, every single player, every single team, with that respect. We’ll try to do our diligence, try to do our homework, and try to see in what way we can put pressure on them and try to get that victory. That’s the way I see it.”

It is understood Mark Wood is unlikely to return after having an injection on his left ankle, having felt some discomfort in a warm-up against New Zealand, but he may be given the chance to prove his fitness on Friday. The problem has led to the express pace bowler missing England’s first two matches but his absence has not been felt in a unit which includes England’s two leading T20 wicket-takers of all time, in Jordan and Adil Rashid.

Jordan tops the list with 74 scalps – Rashid is five adrift – and he feels a greater responsibility as one of England’s most experienced players in the format, with the 33-year-old taking part in his third T20 World Cup.

“My mood is definitely dictated by the team’s performance and the fact we’ve had two very, very good performances, I’m feeling very overjoyed about that. It’s been a dream start but every game is not going to be that straightforward or that easy. We’ll take it as it comes and try to stay in the moment.”

England have taken a knee before both tournament games, with the issue a central talking point after Quinton de Kock refused to make the anti-racism gesture and withdrew from South Africa’s match against West Indies.

While De Kock has issued a full and frank apology and insisted he is “not a racist”, England are contemplating whether to take a knee for the rest of the tournament and will hold discussions about doing so on Friday.

Such a move would find favour with Jordan, who said: “I definitely think we will continue to take the knee. It’s obviously a really good symbol. We’re obviously in a climate where this topic comes to the fore quite a lot.

“It’s going to be a long process. It will take some time for the entire landscape to shift and change, and it might be a little bit here and a little bit there at any given time. If taking the knee contributes towards that education and us slightly changing the landscape and pushing in a slightly different direction, we definitely want to continue to do that.”

Farmers’ Body Accuses Centre Of Going Back On Its Promises

Dog rolls around in grass and looks camouflaged

Denmark shopping mall shooting unfolds across the street from Harry

Case Against BJP MP, News Anchor In Jaipur Over ‘Misleading’