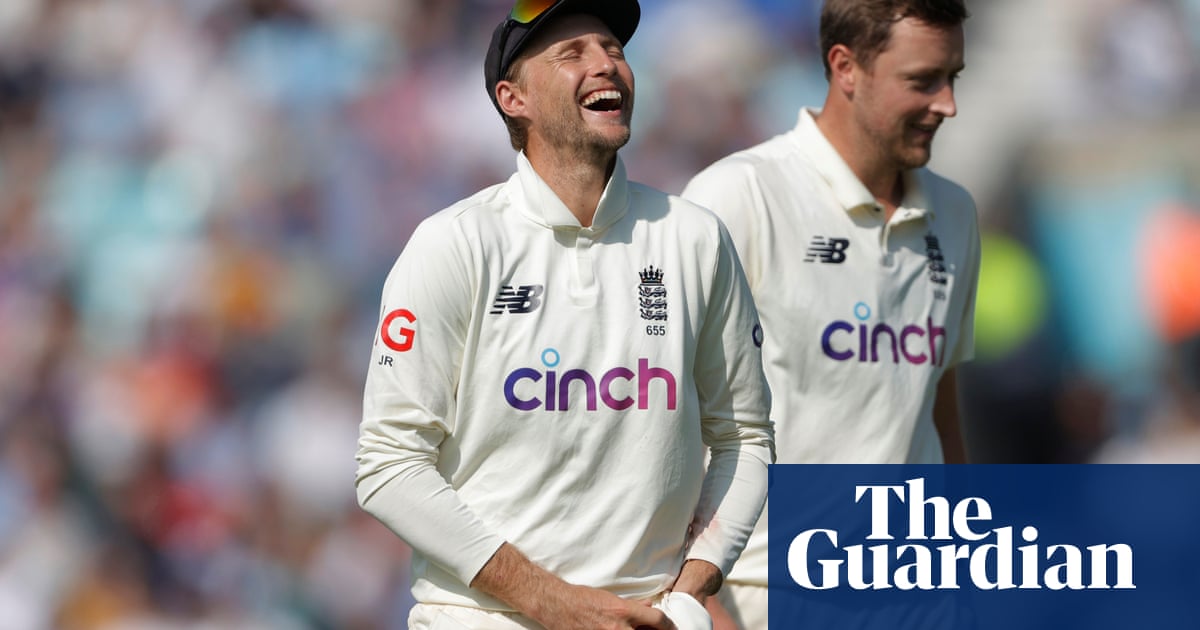 One of the criticisms most frequently levelled at this England side is its obsession with Australia. The sense that, however stern or august their current assignment, they are always on some level looking ahead to the next Ashes tour. In this respect day four of the fourth Test was its own neat riposte: a day on which England were able to savour the unique privations of Australia without leaving their own backyard.

On a stickily warm day at the Oval Joe Root’s side could treat themselves to the full, soul-destroying, as-live Ashes experience: a chastening, back-breaking, heel-jarring day in the field; a ball doing nothing and a pitch with all the texture and variety of white noise; Moeen Ali getting through the innings without a single maiden; Shane Warne on commentary, merrily sticking the boot into England’s tactics. The plucky Shardul Thakur even did a passable impression of Mitchell Marsh, helping himself to a second rapid half-century of the match (prior first-class average: 16).

No tableau of England chagrin would be complete without Jimmy Anderson flogging himself to the point where one could practically see him shrinking in height. He bowled 33 largely thankless overs in India’s second innings, his stiffest workload since Sydney in 2017‑18. As the players took a 20-minute tea break, it took an exhausted Anderson three of them to trudge from long-leg, all the way across the field, up the steps and into the relative dignity of the dressing room.

What felt most familiar of all, of course, was the brief, transient flurries of hope. The passages in which, with a little more luck and slightly sharper instincts, England might just have been able to turn the tide.

The mini-breakthrough towards the end of the morning session was just one such moment: the dismissal of Virat Kohli left India in effect on 213 for six, setting up a pivotal hour after lunch. Instead Moeen began the session with three men on the boundary, Thakur and Rishabh Pant gently milked his first over for seven runs and in the space of a few minutes all the urgency seemed to have drained from the game.

The truth is that England do not really know how to win these moments any more: the crucial first hours, the half-openings, the periods when the game is finely poised, minds and bodies are tired and the coolest heads tend to prevail. First innings, England have a plan: bat boring, bat long, attack with the new ball, bowl dry with the old. It is a limited plan but it is at least a plan. Second innings, when the possibilities begin to splinter, when the pitch starts doing strange things, when the game begins to motor – too often, this is when Root’s team have cracked, evaporated, lost sight of themselves.

One can go through the last couple of years and pick out numerous examples.

The final morning at Lord’s in August, when England turned up the heat and scorched themselves. The third day against New Zealand at Edgbaston, when their bowlers got them back in the game and their batters crumbled in 41 overs.

The second innings against India in Ahmedabad, which they began 33 behind and were all out for 81. The final afternoon at Southampton in the first Test of last summer, when they had no answer to the thrilling counterattack of the West Indies duo, Roston Chase and Jermaine Blackwood.

It would be a slight oversimplification to claim that England win the periods that do not matter and lose the ones that do. But without the comfort blanket of big early swing or big first-innings runs (usually from the bat of Root) and without their four quickest bowlers (Jofra Archer, Ollie Stone, Mark Wood and Ben Stokes) it is hard to see how this side thinks it can win games. Of teams that have played more than five Tests in the last year England have the worst average with the bat (19 runs per wicket) and the second-worst average with the ball (30 runs per wicket).

England have won four Tests this year and Root has made a century in all of them. Indeed, such is their increasing dependence on their captain and best batsman that it was strangely fitting when, having watched his new-ball bowlers try and fail to lay a glove on Thakur and Pant, Root eventually gave up and decided to break the partnership himself, looping one outside off‑stump and getting Thakur caught at slip. Even as he did so there was a heavy world‑weariness to him, the pained grimace of a man who as well as taking all the runs and wickets also has to face the media, clean the kit and drive the team bus back to the hotel in the evening.

Perhaps it was inevitable then that, as England’s openers came in unbeaten, their unlikely target of 368 cut to 291, thoughts instinctively turned to the heist of Headingley 2019. Once‑in‑a‑generation players and once‑in‑a‑generation moments. This is the stuff that English cricket has been hooked on for years now, in the absence of the coherent structures or processes that might have given them a better chance in the first place. On a hot, dry day in the Championship only 13% of the overs were bowled by English spinners. England have not batted out the final day of a Test since Auckland in 2013. And so on Monday morning they will arrive once more at the fountain of miracles, begging for another drink.