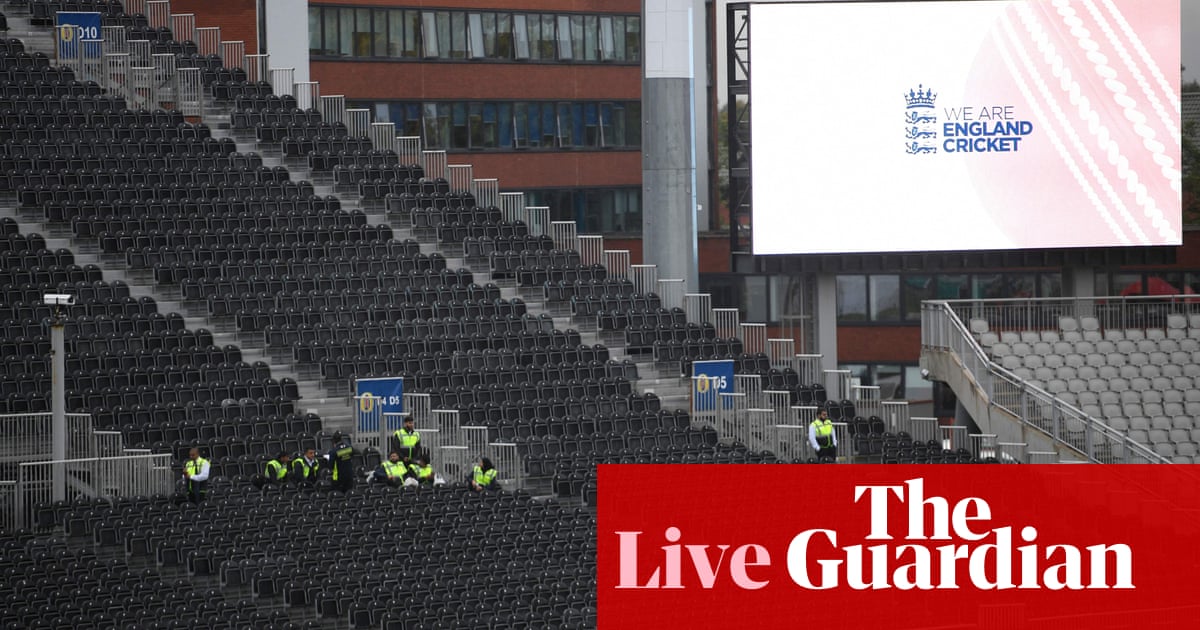 That’s quite enough from me. Tim de Lisle will keep you updated for the next few hours, and I’ll be back during the afternoon session later. Bye!

If the Covid concerns were so great, why wasn’t the fourth Test abandoned when most of the backroom staff tested positive?

The thoughts of Nasser Hussain on Sky

“It’s an evolving situation; it’s a mess. There’s still a bit of debate about the actual result – that hasn’t been clarified. The ECB will work that out with the BCCI and the ICC in time. There’s been no forfeiture.

“The ECB have said there will be a refund on ticket sales, but you can imagine how many people have waited to come here and watch this Test match – and it was set up beautifully. It’s a real shame the series has to end on such a low note.”

Here’s a quick report on the breaking news that the Test has been called off.

The fifth Test at Old Trafford has been called off because of the Covid outbreak in the Indian camp. At first, the ECB’s official statement said India had forfeited the game, which would mean a 2-2 series draw, but the word ‘forfeit’ has since been removed. We all feared the Manchester weather would disrupt the game; turns out the forecast is for a shitstorm to start blowing over Old Trafford any minute now.

We’ll keep you updated as the story develops. For now, all we know is that the game is off, and that the series scoreline is either England 2-2 India or England 1-2 India.