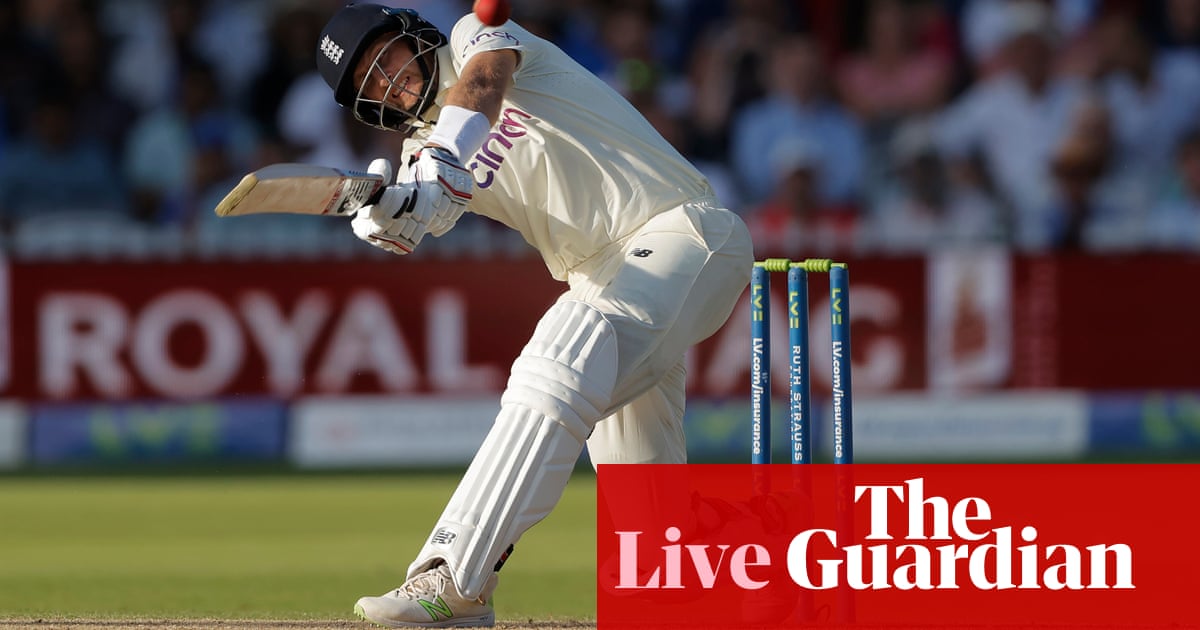 Emma John, meantime, was more interested in looking back at the audience.

Jonny Bairstow had a bit to say about his captain, having watched a good chunk of that innings from the non-striker’s end.

Next up, Jonathan Liew did his part.

Safe to say there’s a fair bit on one J. Root since yesterday. Let’s start with Ali Martin’s wrap of the day.

Masterful Joe Root hauls England back into contention with India

I’m here for all your thoughts, musings, or concerns. Cricket-related correspondence will be the most relevant, but you do you. Email and birdphone are in the sidebar.

Hello again, cricket friends and fiends. What is this? It’s the game that goes for five days. The highs, the lows, the rain, the tea. And we’re only up to day four. Two full days of entertainment to come.

Yesterday was all that and more. Joe Root has made 180 at Lord’s and he did it again. He’s also done a 180 in 2021 on his somewhat indifferent returns in Test cricket over the last few years. This year he’s gone past 1200 runs already and it’s only August. He has six more matches to go. He carried England, all the way up to India’s first-innings score and just beyond.

Then there was the bowling: excellence from Ishant Sharma, enthusiasm from Mohammed Siraj, and the bizarre bouncer barrage strewn with no-balls from Jasprit Bumrah. A wicket from the sixth ball of the final over of the day happened to be the tenth to fall for England.

So we will start today with the first ball of India’s third innings, 27 runs behind England and looking to set a lead.