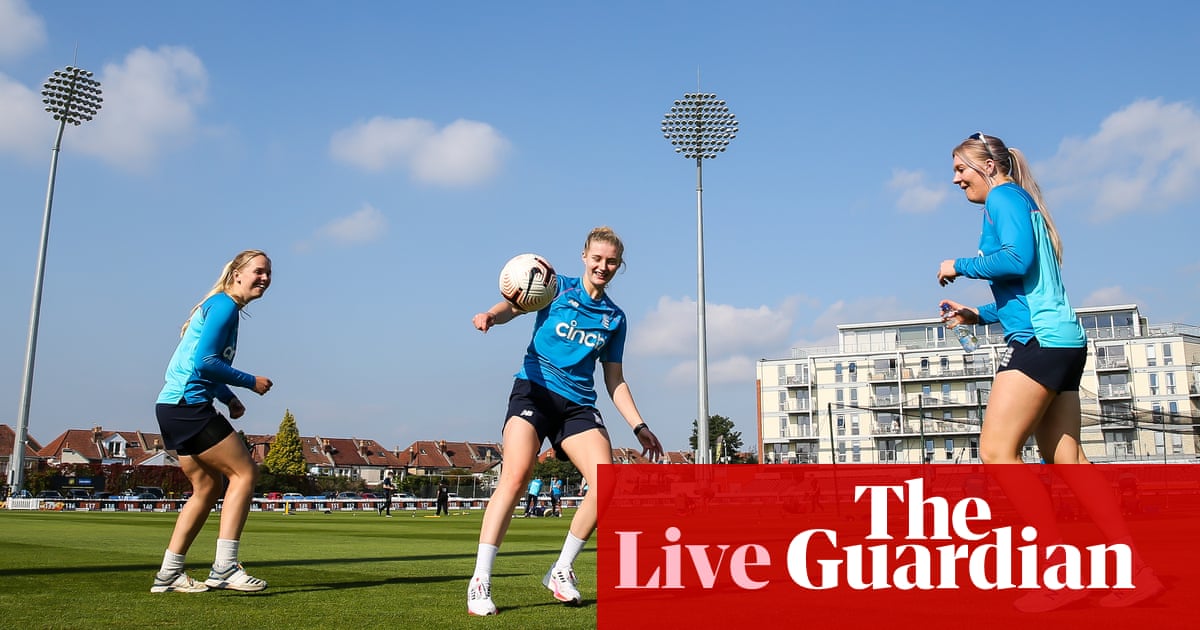 Hello, good afternoon and welcome to live coverage of the first ODI between England and New Zealand in Bristol. This is the bit where we tell you how many days there are until the beginning of the World Cup. We are 169 upper meridian transits away from the opening match of the tournament between the hosts New Zealand and TBA in Mount Manganaui. For the five teams who have already qualified – the last three will be decided in November – all roads lead to New Zealand. This five-match series is another chance for both teams to hone their plans and tighten their squads.

It’s not too late for a bolter, as England have shown with the selection of the uncapped allrounder Charlie Dean. The experienced Danni Wyatt has also been recalled after missing the 2-1 win over India earlier in the summer. England have had a lot of 2-1 wins lately, in both white-ball formats, but the defeats have irritated their captain Heather Knight and she wants them to be “super ruthless” in this series.

They are certainly strong favourites against a New Zealand side whose ODI form is dreadful. They’ve lost 14 of their last 15 games, a run that is only slightly mitigated by the quality of opposition they have faced in that time. It’s hard to reconcile that level of failure with a team that includes players like Suzie Bates, Sophie Devine, Amy Satterthwaite and Leigh Kasperek. But as Charles Dederich famously said, today is the first day of the rest of their World Cup cycle. If the tournament goes well for New Zealand next spring, nobody will care about the preamble.

Play starts at 1pm in Bristol, midnight in Auckland. And, yes, the weather forecast is pretty good.