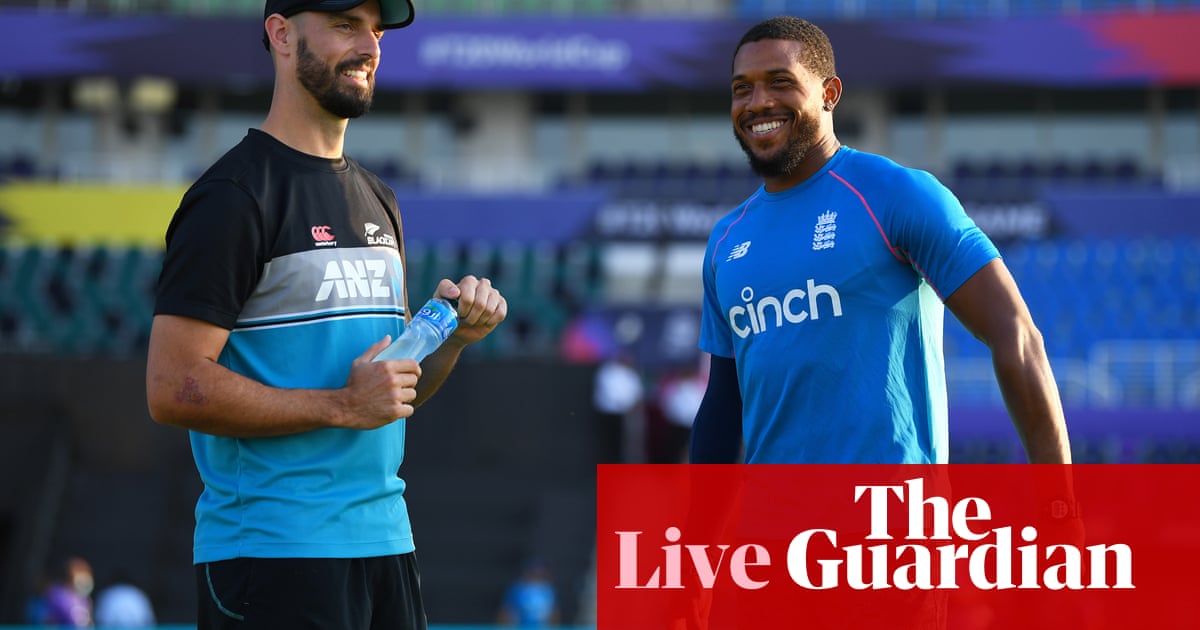 Afternoon everyone, and welcome to the most mouthwatering match so far in this World Cup. England v New Zealand, it has to be said, wasn’t always a contest to get the juices flowing. For decades it was tediously one-sided, then tight but taciturn. You would have got long odds on these two nations ever meeting in a World Cup final, let alone concocting the greatest cliffhanger in cricket history. And now here they are in Abu Dhabi, the 50-over World Cup holders taking on the world champions of Test cricket.

If there’s any justice, New Zealand will win by the widest of margins. But the cricket gods reserve the right to be fickle at all times, and on paper this looks like another nail-biter. Kane Williamson has the stronger seam attack, led by Adam Milne, the understudy who has become a star. Eoin Morgan has the edge on spin, thanks to the reliable Adil Rashid and the resurgent Moeen Ali. England have more injuries, and may badly miss Jason Roy, but they also have the greater firepower.

England have Morgan, an all-time great captain, even if he did borrow half his ideas from the nation he faces today. NZ have Williamson, a man so cool and calm that he can claim his team look back “fondly” on the 2019 World Cup final.

It should be a treat. Play starts at 2pm UK time – do join me around 1.35 for news of the toss and the teams.