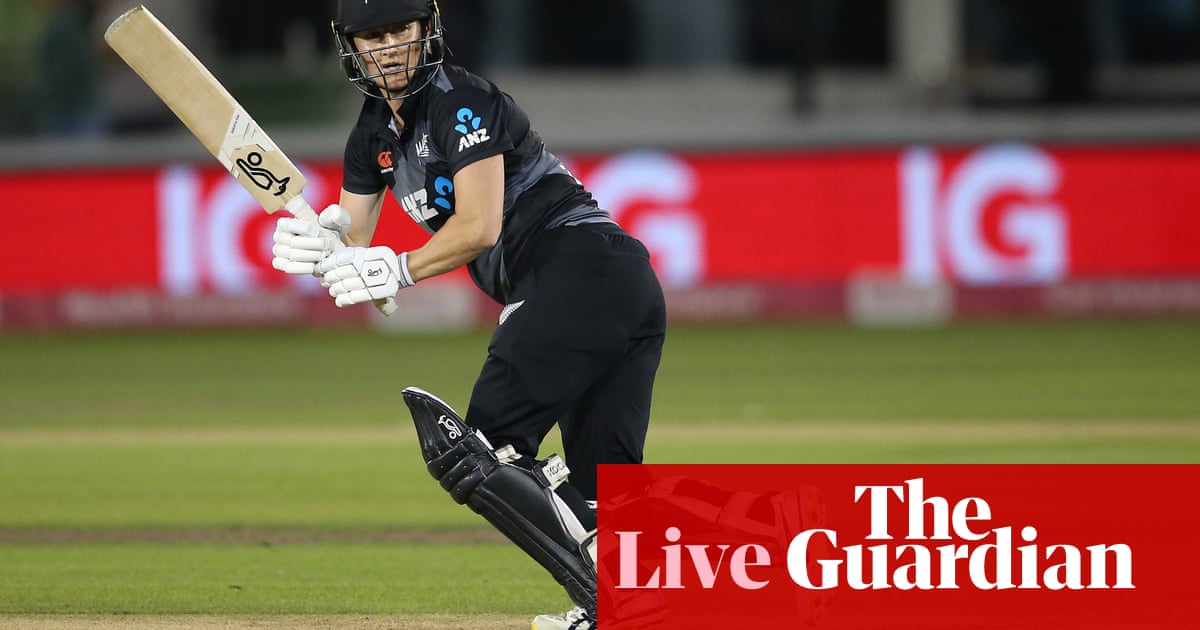 Evening everyone and welcome to the third and final T20 between England and New Zealand. Douglas Adams said the answer to life, the universe and everything was 42. If he’d been a sportswriter, he might have been tempted to scrap that and say the answer was 1-1. All the best cricket series, like all the best football matches, go by way of 1-1: the team that goes behind comes bouncing back. That’s what New Zealand did at Hove on Saturday, propelled by Sophie Devine, who showed that in T20 you can play a captain’s innings and endanger the windows at the same time. She starred with the bat, the ball and her comments afterwards, in which she said that “we need to normalise the conversation around [athletes and] mental health”.

The other star in that game was Mady Villiers, with her phenomenal fielding. Can she please give the England men’s team some tips? At Hove she took three catches and a run-out and yet ended up empty-handed. Tonight, at Taunton, she has the chance to get her hands on a trophy – and so does everyone else, thanks to the magic of 1-1. Play begins at 6.30pm local time, so I’ll be back around 6.05 with the toss and the teams.

A Tale of Two Internationally Trained Medical Doctors in Canada