Finally Australian women’s cricket is facing scrutiny, and we relish it | Megan Schutt 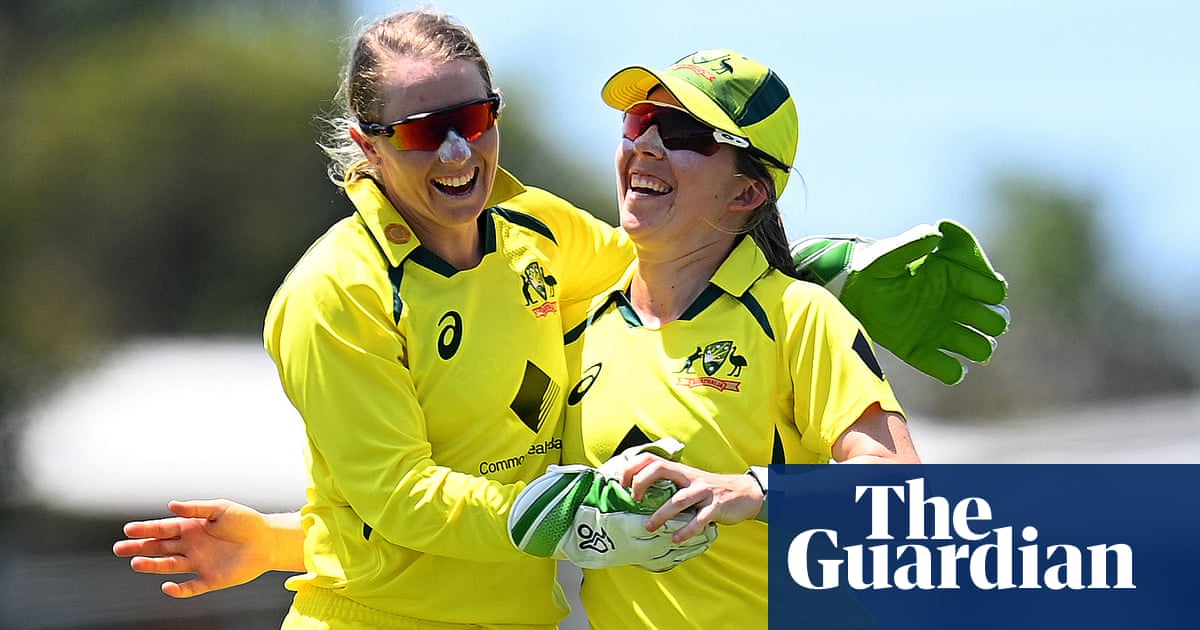 Last year, during the tri-series shortly before our Twenty20 World Cup win, Alyssa Healy came in for some criticism regarding her form with the bat. Needless to say, such feedback can be frustrating for any athlete. But Midge’s response inside the dressing room was perfectly philosophical. “You know what,” she said. “The fact people are willing to criticise is how I know times are changing.”

Of course, she went on to play possibly the defining innings of her career in the subsequent World Cup final against India, a team with whom our blossoming rivalry continues in Mackay as I write. What she meant, though, was that women’s cricket has been around long enough now to warrant healthy scrutiny.

We are cricketers. We know the game, we know our talents and we know our brand. If we do not live up to that, we expect to be held up for external inspection in the same way we are doing ourselves. For us, it means people care and are paying attention, and is a prerequisite for being taken seriously. It can’t all be rainbows and butterflies all the time – that is not how sport works.

Because of this, the pressure is on throughout our series with India, the pressure is on us. We are the team with the record winning streak. We are the ones lacking in game time, while India have had two series of practice and the match-specific knowledge which comes with that. Add to this that the humid conditions in Mackay probably suit India a little better than they do us.

On the other hand, our bowling attack puts us in good stead. While I am back in Adelaide occupied with nappies and other new-parent duties, Darcie Brown has been busy with the new ball, taking a remarkable four wickets in our opening ODI win. At 18 she is the youngest Australian – female or male – to achieve such a feat, and her composure while removing four of India’s top five in her first home international was something special to witness from afar.

If Maitlan Brown gets a go I think she will be brilliant. Her hard length will really threaten the tourists. We just have such a wealth of quicks. My Adelaide teammate Tahlia McGrath has been working on her inswing this whole pre-season. The list of Australians who can bowl a hard length at the ribs is a long one, and that sort of approach should prove mightily uncomfortable for the Indians. That said, a player such as Shafali Verma is absolutely going to take that sort of thing on, meaning this series is either going to either be one hell of a show featuring a tight bat-v-ball battle, or one side will simply destroy the other.

Tuesday’s match also highlighted our strengths with the bat, and Healy (77), Rachael Haynes (93 not out) and Meg Lanning (53 not out) piled on the runs against their spin attack. How Mithali Raj’s side respond in the second ODI on Friday will be intriguing.

As it stands, this Australian team have won 25 on the bounce. It reads nicely on paper, but sounds even more impressive considering those wins date back to 2017, soon after the last World Cup. Of course, it was India who knocked us out of that semi-final, a defeat inflicted largely by Harmanpreet Kaur and which prompted some serious soul-searching within our squad.

The intervening four years of dominance in this format speak volumes of our intergenerational stability. Only three or four members of that 2017 World Cup team remain, of which I am one. The rest have transitioned seamlessly into the set-up to create an enviable depth. We will need it over the next year leading into the 2022 World Cup – especially given the pressure is now on.

No improvement in young children’s diets over past decade: UNICEF