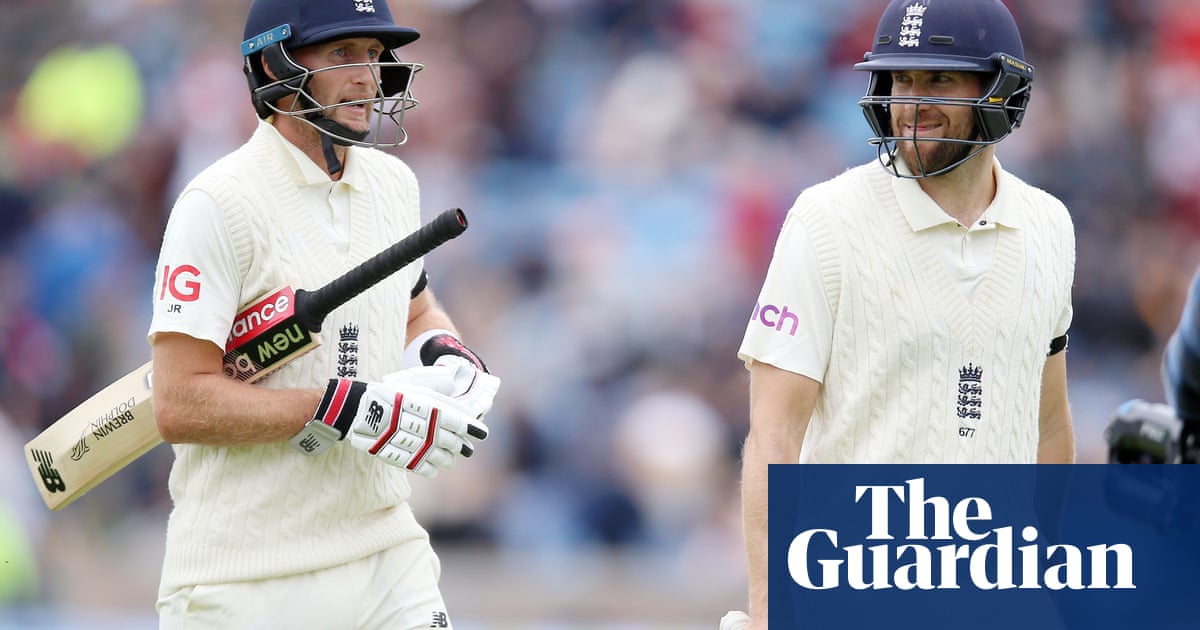 Joe Root’s glorious season continued at Headingley, with a sublime 121 to guide England into a commanding position, a lead of 345 with three days still left to play. Root has hit such a rich seam with the bat that he eased to his sixth Test century of the year, and his third of the series.

The hundred came with an on-drive so sweet that the fielder barely gave chase, and the 16,721 people who packed into the ground stood for their local boy and roared his name in upright genuflexion. Root pulled off his helmet and leapt into the air, before being engulfed in a bear hug by Jonny Bairstow that lifted his boots off the ground.

With 23 Test centuries, Root has now drawn level with Kevin Pietersen, and in the England pantheon only Alastair Cook lies beyond with 33.

There was delight for Root, and England, that for once he didn’t have to carry the burden of all of the batting. Dawid Malan, at the other end for much of the day, made 70 on his return to the Test side. His partnership with his captain was worth 139 and Malan was grateful for “the best seat in the house.”

“He is phenomenal isn’t he?” Malan said afterwards. “He just scores runs all the time, the ease of what he does and the speed in which he does it. You look up and suddenly he’s 20 not out and you can’t really remember a shot he has played, he is that busy and scores that quickly. Being able to bat with him is fantastic.

“He’s led from the front again, as he has done all Test series, so all credit needs to go to him and the two openers who set it up for myself and Rooty and the rest of the team.”

From 22 yards away, Malan had the benefit of a close-up masterclass, the century the most fluid of Root’s remarkable summer – full of quick singles, effortless back foot punches and sweeps.

“He moves his feet so well, the ball position when he hits it; he hits the ball so much later than most people,” Malan said. “He always looks to score, his intent – if you bowl a bad ball he always puts you away and I think that is a massive strength. You look at all the greats and as soon as you miss your line and length they hurt you – and Joe is one of those.”

There was admiration too from Haseeb Hameed, who made 68 in the second Test of his second coming, before being bowled by Ravindra Jadeja.

“There’s so much you can learn as a young player from Joe Root,” he said. “He’s of the highest class but, for me, what stands out is the simplicity of his game. He plays like he has so much time, he’s so diligent and also mentally, to turn up and perform in every innings shows how hungry he is.”