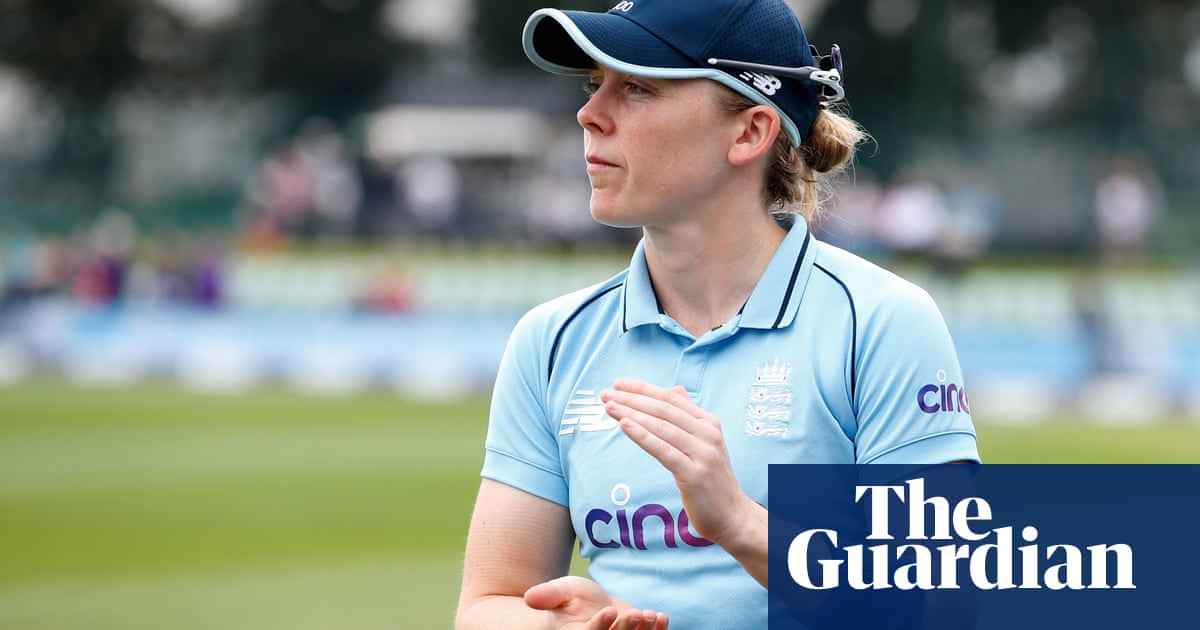 Heather Knight has said that her England side will “fight fire with fire” when they travel to Australia in January aiming to secure a first Ashes series win since 2014.

“We’ve got to take the game to Australia,” Knight said. “Any team that’s been successful against them has gone at them. The Aussies are at their best when they’re on top of you and trying to exploit weakness, so we’ve got to make sure we’re trying to punch first and be aggressive, and try to win those key battles early. We’ve got to be bold.”

When the sides last met in summer 2019, England were humiliated in a 12-4 series defeat – the lowlight being a 194-run capitulation in an ODI at Canterbury. It was a debacle that led to coach Mark Robinson being fired and a total overhaul of the domestic system, including the introduction of the first domestic professional contracts.

The forthcoming multiformat series, which begins with a Test in Canberra from 27-30 January and is followed by three T20s and three ODIs, will be a touchstone of progress towards the ECB’s aim of “catching up” with Australia’s world-leading domestic setup.

Australia, the T20 world champions, go into the series as firm favourites but Knight, the England captain, said the memory of the 2019 series had “created real motivation” for her side to perform better this time around. “We’ve improved as a team, we’ve got more leaders in the side since 2019. It would be one of the biggest achievements of my captaincy if we are able to get the Ashes back down under.”

There are few surprises in the 17-strong squad which was announced on Friday – it is almost identical to the team which faced New Zealand at home in September. The 17-year-old Alice Capsey, who starred for Oval Invincibles with a 50 on debut at Lord’s during the Hundred, is one notable omission. She is, however, one of 12 names included in the England A squad which for the first time will accompany the senior group throughout the tour, participating in warm-up games against the main squad and matches against an Australian A team.

“She’s definitely one for the future, but I do think we need to be careful not to overegg our players,” Knight said of Capsey. “She’s young, she’s very talented. We’ll see how she develops and how she goes on Australian pitches.”

With England flying straight from Australia to defend their 50-over World Cup title in New Zealand, there is also a chance for A-squad players to make a case for selection in that tournament. The left-arm spinner Kirstie Gordon, who lost her England contract this year, will be one of those keen to fight her way back into contention.

For now, the challenge for the selected players is to avoid contracting Covid over the Christmas period as the Omicron variant wreaks havoc. “We’ve got to do the best we can to mitigate as much risk as we can,” Knight said. “We know the consequences if we are to catch it. I think the girls will take that responsibility seriously.”