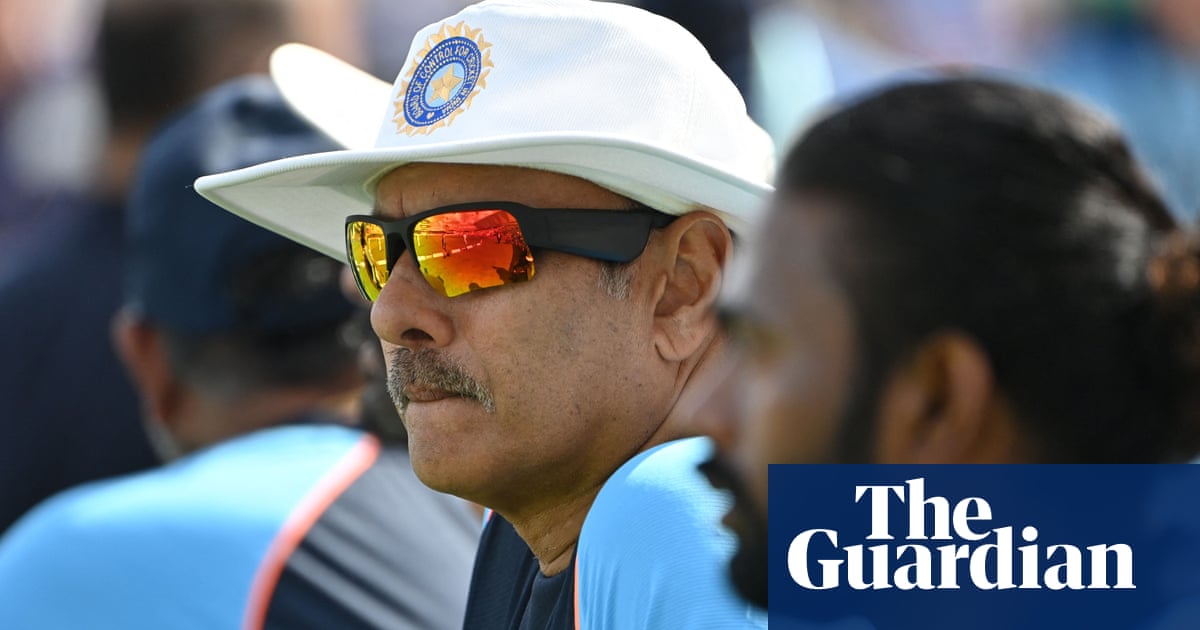 India will be forced to complete the fourth Test against England at the Oval without their head coach, Ravi Shastri, who returned a positive lateral flow test for Covid on Saturday night.

India are hopeful that they have contained any potential outbreak, with Shastri isolating along with three other members of the team’s support staff: the bowling coach Bharat Arun, the fielding coach Ramakrishnan Sridhar and the physiotherapist Nitin Patel, who have been identified as close contacts. All have undergone more rigorous PCR testing and any whose results come back positive would also be forced to miss the final Test in the series, which starts at Old Trafford on Friday.

All remaining members of the team’s support staff, along with the players, underwent lateral flow tests on Saturday night and again on Sunday morning before being allowed to travel from the hotel for the fourth day of the Test, which they started on 270-3 and looking to extend a lead of 171.

As part of the precautions in place for the series, the two teams have been kept entirely separate except for their interactions on the field of play. There have been no positive tests in the home side’s dressing-room (indeed, with the team toiling in the field cynics will say that there isn’t much chance of a positive Test outside it either).

It is not the first case of Covid among the touring party, with the wicketkeeper-batsman Rishabh Pant and training assistant Dayanand Garani having tested positive in July. At the time the squad had dispersed during a break between the end of the World Test Championship final against New Zealand and the start of the series against England, though three further members of the Indian party – again including the unfortunate Arun – were forced to isolate for 10 days. Pant recovered to play in every match of the series so far.