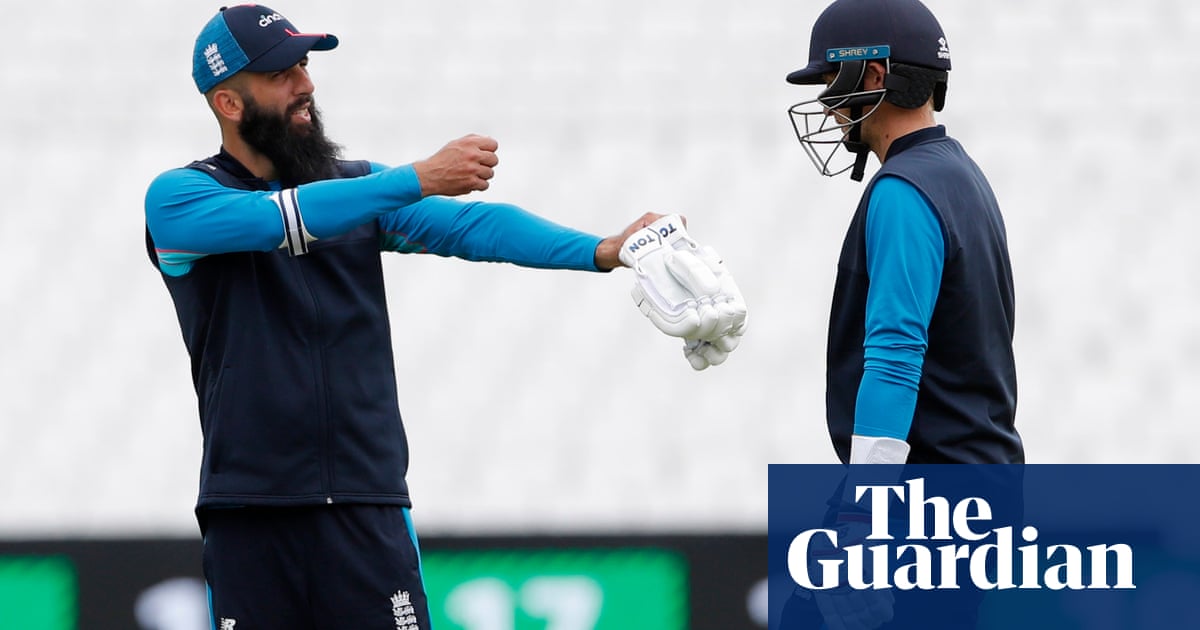 Two matches and barely three weeks after his recall from the Test wilderness to which he had been exiled for more than two years, Moeen Ali will face India at the Oval on Thursday as England’s vice-captain. His assimilation from the outer margins to the heart of the team has been startlingly rapid, a process the 34-year-old described with typically pleasing spin as demonstrating “the beauty of sport.”

It also, as Moeen admitted, demonstrated that the team has been deprived of several key players. With Ben Stokes taking an extended leave of absence to focus on his mental health and Jos Buttler missing Thursday’s match to attend the birth of his second child, in captaincy terms Moeen is very much England’s third choice second choice. But despite contributing only 48 runs and four wickets across the last two matches his influence on the team has been obvious.

There was a demonstration in the first over of the third Test at Headingley, when Jimmy Anderson found KL Rahul’s edge, Buttler took the catch that precipitated India’s collapse to 78 all out and the celebrating bowler turned immediately to the man at mid-off. “He’d just asked me if he was bowling a little bit too short, and I said maybe just a little bit,” Moeen said. “It’s scary because Jimmy Anderson’s got so many wickets and telling him to pitch it up is not easy. Next ball he pitched it up, and Rahul nicked it. It’s just him throwing ideas at me and me giving my ideas in that situation.”

Anderson is the only member of England’s squad older than Moeen, and only he, Joe Root and Jonny Bairstow have more Test caps than Moeen’s 63. But his promotion has as much to do with his personality as his seniority. “Mo is a natural leader, someone the team gravitates towards for a number of reasons,” said Root. “One of then being the way he understands the game. You saw it in the last Test, the conversations he and Jimmy were having at crucial points, and I think he has a brilliant cricket brain. I’m really excited for him and he’s exactly the right man for the role.”

Moeen does have captaincy experience in short-form cricket, having led Worcestershire Rapids in the Twenty20 Blast since 2018 and Birmingham Phoenix in this summer’s Hundred. “I feel my biggest strength is I can just throw ideas at [Root]. I think I’d take the load off Joe a bit,” Moeen said. “He has a lot on his plate. I stand at mid-off often and speak to the bowlers about how they want to bowl, what fields they can have, things like that. I like coming from a batter’s point of view. I’ll speak to bowlers about how I feel a batter is playing and what he’s thinking, stuff like that.”

What Moeen does not have, however, is a secure place in the team. Before his return to the lineup at Lord’s last month he had played three times in 30 months, and the ongoing series against India is the first in which he has appeared more than once since England’s trip to West Indies at the start of 2019. Since then his red ball experience has been limited to irregular Test call-ups and a pair of appearances in the County Championship, both two years ago.

“They obviously consider me somebody who’s experienced in the team now and has the character to be vice-captain. I don’t see it as my spot cemented,” he said. “Having a couple of games under my belt after quite a long lay-off not playing a lot of red ball cricket at all over the last couple of years, I feel my game is in order now and I’ve got the rhythm a bit more. The next two games are quite big, from an individual point of view, to put some performances in and keep my spot in the team. That’s all I want to do.”