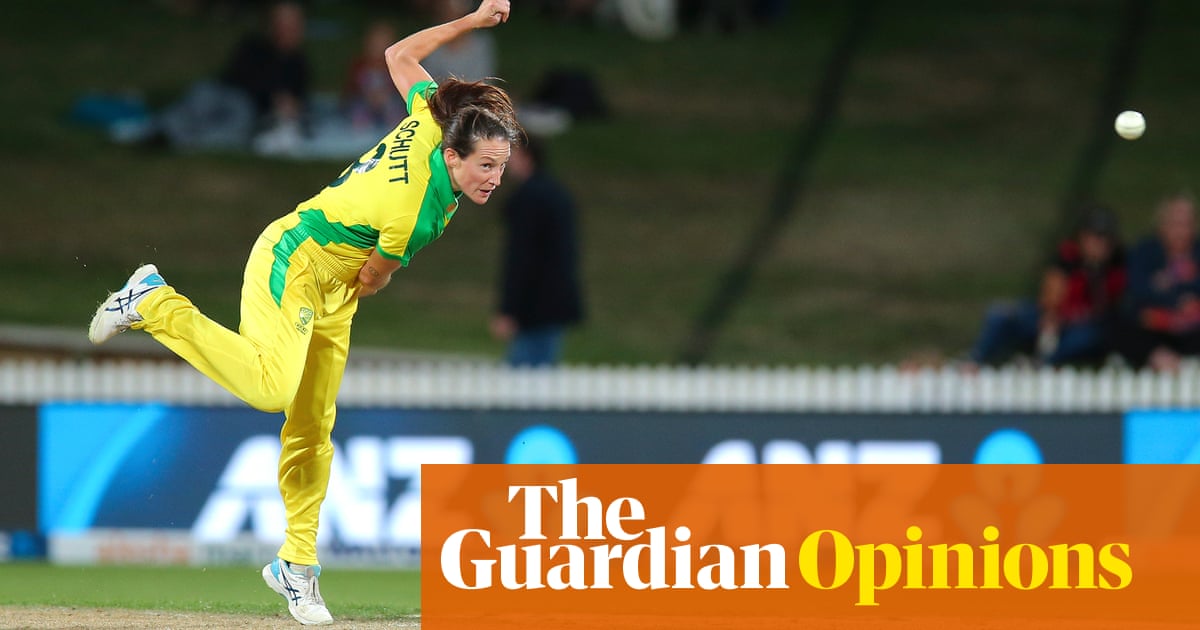 Getting ready for the start of the Women’s Ashes, it feels strange that the last time I played for Australia was April 2021. It’s by far the longest break I’ve had. It went quickly, but now that I’m back it feels like forever. In the meantime I had other things to think about.

Last August, my partner Jess had our daughter Rylee by C-section 11 weeks premature. We were told at 24 weeks that she could come any day. It was frightening. We had an obstetrician and a paediatrician who were amazing, who kept reassuring us that with today’s technology, 28 weeks was going to be alright.

For the first five days Jess was in hospital too, and I would stay there until they kicked me out. Once she was home we settled into a routine of Rylee’s care. They were long days. It was a strange perk to get from cricket, but the Women’s and Children’s Hospital is across from Adelaide Oval, so it helped that we got free parking. I feel for the nurses – they don’t get looked after, so in their breaks they have to go outside and move their cars.

I would do gym and go back to the hospital, do some running and go back, then we would go home and sleep and repeat the whole thing again. Spending nights without knowing, calling up as soon as we woke up to see how she was. It’s the strangest feeling knowing that you’ve got a child that you can’t take home with you. She was in hospital for 53 days, then 10 days on the early discharge program. But we’ve been lucky. She’s been a healthy bub from the start, she just needed to put on a lot of weight and grow.

As for Jess, there is nothing worse than seeing the person you love in pain. That was harder than I thought. I could see how much she wanted to be lifting Rylee. They’re so overworked in the hospital that you don’t want to bother a nurse to get you into a wheelchair. Then comes figuring out how to raise a child. It’s the unknown, the uncertainty. Going from a really controlled hospital environment to taking her home and we’re in charge of a baby. I was crapping myself, thinking that I don’t know the first thing about parenting. But in the end it’s someone who you love and want to take care of.

It’s far from Instagram-worthy. People feel that pressure, but you have to take expectations out of it. You have ideas about the sort of parent you’re going to be, and how you’ll react in certain situations, but you don’t know until you get into it. Jess and I are different – I’m clearly going be the fun but tough parent and she’s the sooky one, so we’re going to balance out nicely. We’re part of some groups online of premature parents, so we can exchange how we’re feeling and get advice. It’s been a journey, and it’s really solidified our relationship. It feels like we’ve got this, terrifying as it has been. We know that together we can do anything.

In September, India played a Test match against Australia in Queensland. It was a bummer not be playing, but it was so cool to watch because it was such a good contest. India were incredible in the whole series, and the fact that we had a Test that was outside the Ashes showed some intention of getting us more Tests. At least we hope so.

In the end I only had one week completely off training. During a life-changing experience I managed to keep the same basics. Getting back into full state training in longer blocks was harder, then practice games with a full day away from Rylee. I got lucky with a lot of Big Bash being played in Adelaide: I only missed three games and never spent more than three days away from home. I’ve played cricket for a long time, and knew I wasn’t going to lose my skillset. I backed myself to come in and play. Doing that in a fun environment, where the Adelaide Strikers have a bloody great set-up with a lot of good people who were performing well, it ticked all my boxes.

Now the Women’s Ashes T20s have come to Adelaide – which is great for South Australians, we were frothing over it. Changing the schedule is hard on others, but none of the players have had their best preparation. I’m just excited to get out there, and getting to play on Adelaide Oval in my first game? What a welcome mat that is. I’m banking on muscle memory and a bit of fun. It will be so good to be back.