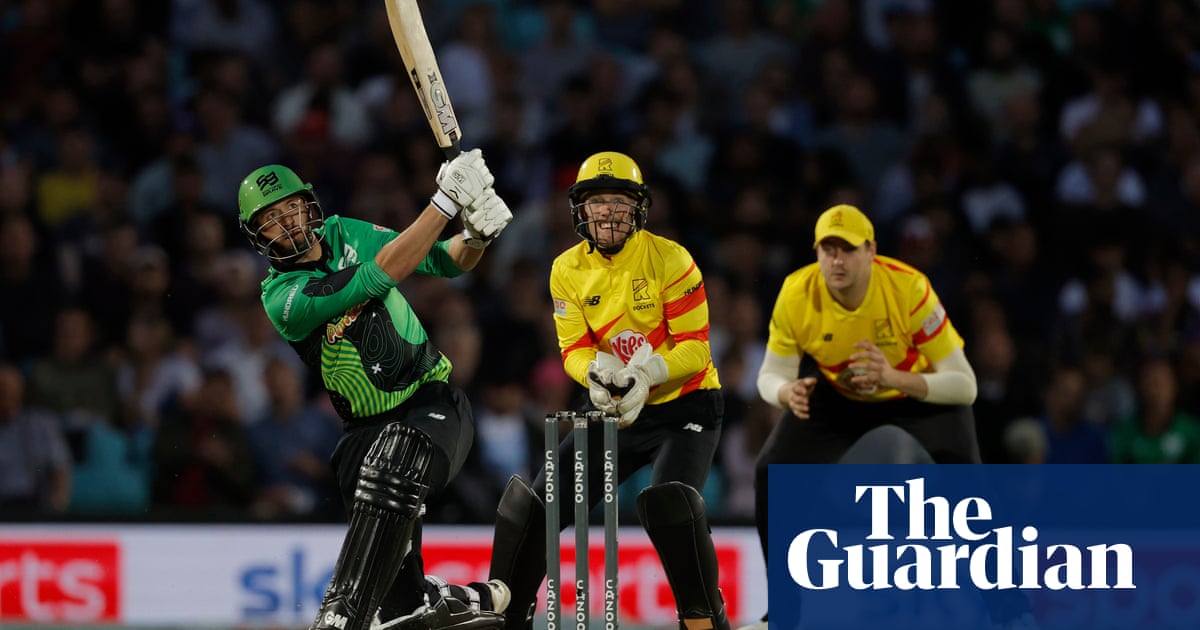 On a cool, translucent night at The Oval, Trent Rockets were bowled out for 96 and trounced by seven wickets in a performance that will go down as one of the most ignominious in the venerable and storied history of the Rockets franchise. For the long-suffering Rockets fans, the agonising wait for a Lord’s final goes on for another year.

For the Southern Brave, meanwhile, their progress to Saturday’s final at Lord’s marks the emotional culmination of a project weeks in the making. Following in the footsteps of the all-conquering, table-topping women’s team, the Brave’s unprecedented era of Hundred success will raise legitimate questions over the competitive balance of the tournament. Simply put, have the Brave simply become too dominant? And is there anyone out there who can break their stranglehold?

Here, certainly, the Rockets had few answers to the Brave’s classic, time-honoured formula: wickets with the new ball, clever changes of pace in the middle and then whacking it to all parts with the bat. And for all the competition’s many detractors, you can’t argue with the whacking. Presumably this is what analysts and pundits are referring to when they talk about the endless, fascinating tactical nuances of the 100-ball format: whacking the ball straight, whacking it over midwicket, whacking it over point.

When the moment comes to debrief this painful defeat, the Rockets and their coaching staff will surely conclude that the game was ultimately won and lost on their ability to whack the ball quite as far, or quite as often, as their opponents. Truly, this is a game of fine margins.

Indeed, one of the subtler and often overlooked aspects of 100-ball cricket is the crucial importance not just of whacking it, but trying to avoid getting whacked. This the Brave accomplished to perfection with the ball, as a storming opening spell from the left-arm quick George Garton claimed the early wickets of Dawid Malan and Alex Hales, swiftly followed up by that of Darcy Short caught at midwicket. With Steven Mullaney out-bowled by Craig Overton, the Rockets ended their Powerplay on 31 for four, and in need of some considerable whacking to turn the game in their favour.

Instead, what followed from the Brave was a sort of relentless constriction: an object lesson in not getting whacked at the very highest level. After Garton and Overton came the sprightly Tymal Mills with his mixture of rib-jarring pace and wicked floaters. Then the awkward, unorthodox left-arm spin of Jake Lintott. Then the finely tuned craft of Chris Jordan.

The only real pocket of resistance came from Tom Moores, who briefly threatened to shift the momentum with a couple of hard, well-timed whacks. But from the moment he was caught by Overton on the boundary off Jordan, the Rockets never remotely threatened to get close to a whack-proof score.

Still, the spectacular implosion of the Birmingham women earlier in the day had underlined one of the truisms of the format. Namely: it ain’t set of five balls, until it’s set of five balls. And in a brutal, cold-blooded display of early violence, Paul Stirling safely put the game to bed with an innings of 31 off 19 balls. It was all downhill for the Rockets from that point. Samit Patel at short fine leg let the ball run between his legs and away to the boundary. The great Rashid Khan’s first ball was a horrible full-toss that was clouted to the midwicket fence by James Vince.

Vince applied the finishing touches with an unbeaten 45 off 27 balls, victory sealed with almost a third of the innings unbowled. Their final against the Birmingham Phoenix promises to be a fascinating, high-ammunition affair, assuming the forecast rain holds off (if not, the teams would try again on Sunday). Ultimately, you feel, it will come down to who can execute their whacks most successfully on the day.