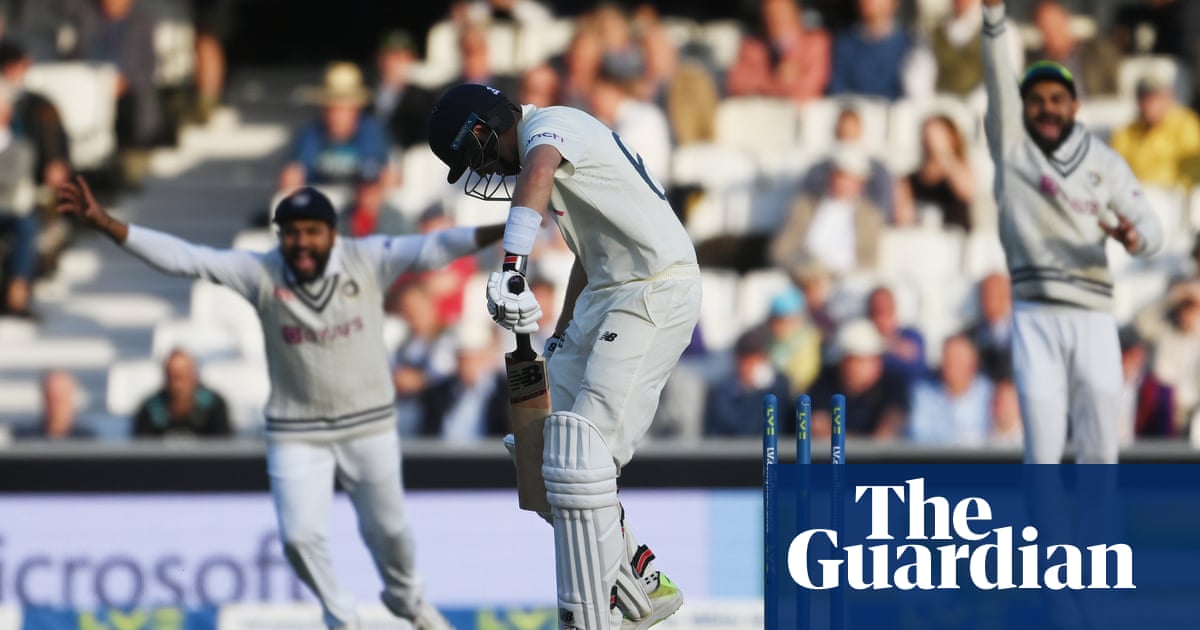 India fought back from being dismissed for 191 by reducing England to 53 for three as wickets tumbled on the first day of the fourth test at the Oval on Thursday.

It was just about England’s day after they put India into bat, but the loss of in-form captain Joe Root – bowled by Umesh Yadav for 21 – just before stumps boosted India’s hopes.

Chris Woakes marked his first test match in more than a year by taking four for 55 to help England knock over the tourists midway through the third session. It could have been much worse for India, who were 127 for seven at one stage, only for an entertaining counterattacking innings by Shardul Thakur. He made 57 off 36 balls, reaching his half-century off 31 balls – the fastest ever in tests at the Oval, beating the previous best by Ian Botham by one ball.

England lost Rory Burns (5) and Haseeb Hameed (0) cheaply, removed by Jasprit Bumrah (2 for 15), but were going along nicely until Root’s departure.
England trailed by 138 runs.

The five-match series is tied at 1-1.

County cricket: Hampshire hold on for draw against Yorkshire