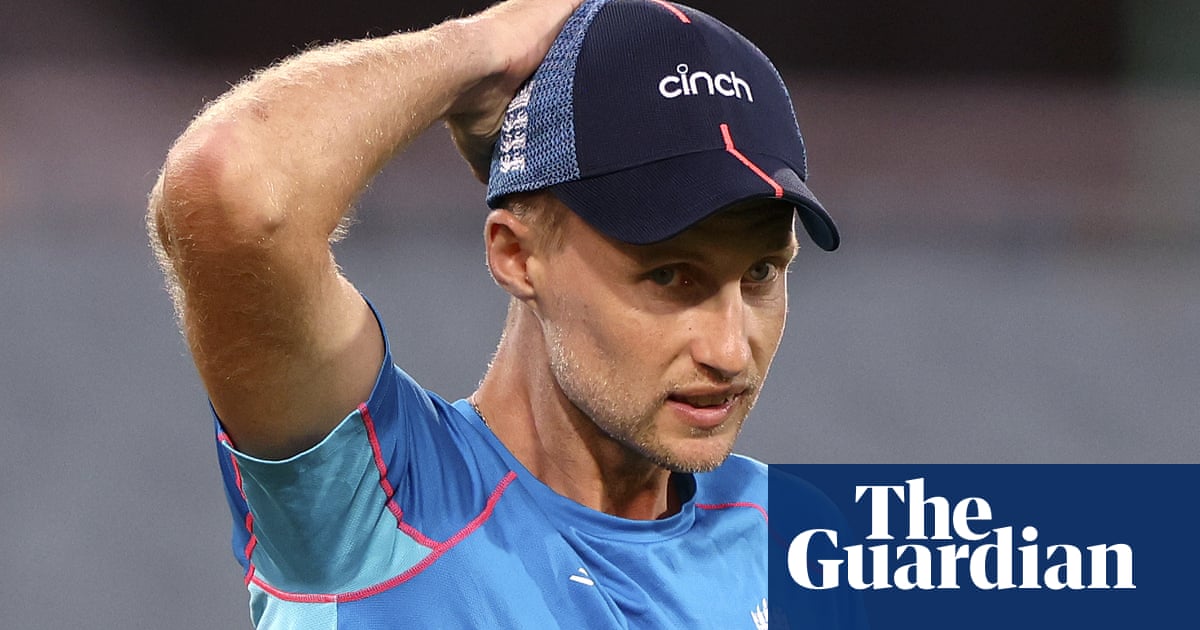 Joe Root criticised his team for “making the same mistakes” that led to failure in the first Ashes Test after they fell to emphatic defeat in the second match of the series. The England captain reserved particular criticism for the bowlers who allowed Australia to take control of the game in their opening innings, but he insisted that despite everything his opponents are “not that much better than us”.

Despite an innings of impressive restraint and concentration from Jos Buttler, who scored 26 off 207 balls before clipping his stumps with his heel early in the final session with an unlikely draw in sight, England lost in Adelaide by 275 runs. Root admitted his side had failed in all areas of the game, dropping key chances, bowling the wrong lengths and batting poorly.

“That’s the game,” Root said. “You have to be able to put the ball in the right areas for long enough, you have to be able to score big runs, and when you create big chances you have to take them. I think the frustration within our dressing room is that we’ve not executed very basic things well enough for a second game in a row now and we need to respond very quickly.”

England came into the match without a specialist spinner and having dropped their fastest bowler in Mark Wood in order to include Jimmy Anderson and Stuart Broad, players lacking match practice who have struggled to replicate in Australia their success in home conditions and who between them took five wickets in the match.

“If you look at the first innings in particular I thought we were just a little bit short with the ball, we didn’t challenge them enough,” Root said. “We need to be braver, we need to get the ball up there, and as soon as we did that in the second innings, the amount of chances we created and how dangerous we looked, that’s the benchmark for us moving forwards. We weren’t brave enough at times to get the ball up there and get them driving.”

Root’s criticisms were echoed by Steve Smith, who stood in as captain for Australia in the absence of the self-isolating Pat Cummins and said that “in the first innings we made an effort to pitch the ball up, tried to bowl a lot fuller than England perhaps did”.

Root said: “You’re looking at half a metre at times. When you’re in the moment, and the amount of times they played and missed and we beat the bat again, you feel like you’re doing the right thing. You just have to be that little bit braver, get the ball up there and accept that every now and then you’re going to get driven, but with the skill and ability we have we’re going to create chances.

“The most disappointing thing for me is the amount of no-balls that we keep bowling, and the number of chances that we’ve missed, again, after last week. With the bat we have got the ability. I don’t think that Australia are that much better than us in these conditions, like the scorelines might have suggested in these two games.”

England travel to Melbourne for the Boxing Day Test 2-0 down in the series, a position from which they have never recovered to win the Ashes. Saqib Mahmood, who took four wickets in his first 11 balls on debut for Sydney Thunder in the Big Bash League on Sunday, has been put on standby to possibly join the squad before Christmas, and Root said Buttler’s approach on the final day could be a template for the remainder of the series.

“We have to believe,” the captain said. “I’m convinced that we’ve got what we need to win Test matches over here, but we’re not going to if we keep missing chances, and if we don’t give ourselves an opportunity to get into Test matches with the bat. We’ve got to find ways of building those partnerships, getting in, making big contributions. That’s something we’ll have to do very well going forward, but today has given me a lot of confidence going forward.”