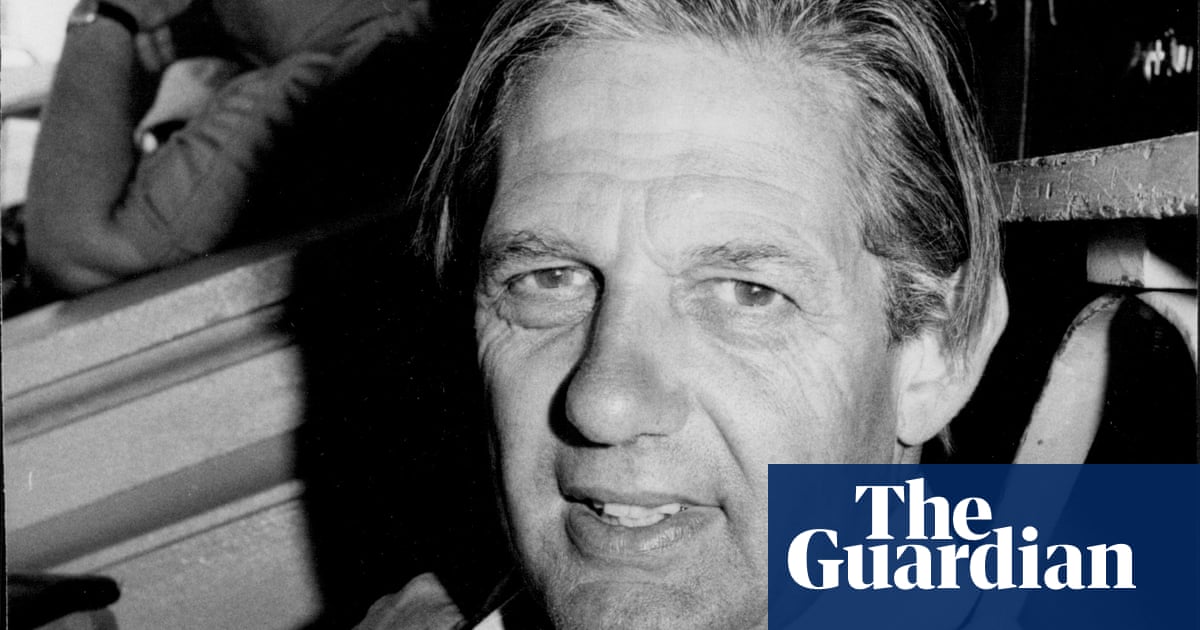 Every time there is an on-field occurrence – wicket, goal, whatever – at a sporting event, the journalists present will huddle to make sure their interpretation of the incident is precise. This was especially true in the old days, when television replays were either unavailable or unsophisticated. In the cricket press box, though, one figure would stay apart. John Woodcock, the long-serving cricket correspondent of the Times, who has died aged 94, knew what he had seen, trusted his judgment and felt no need to have it validated. He was right far more often than wrong.

If anyone asked, he was very ready to share his opinion. And indeed, throughout his long retirement, pilgrims would descend on the thatched Hampshire cottage where Woodcock had lived more for than 70 years to imbibe his wisdom, wine, anecdotes, fellowship, good nature and what became an unparalleled memory of cricket dating back to Donald Bradman and beyond. “The Sage of Longparish,” his Times colleague Alan Gibson christened him; in time he was simply “the Sage”. There was no other.

Eventually John became linked to the past in a way that must have been close to unique – astonishingly, his grandfather, also named John, was born before the Battle of Waterloo, in 1813. He fathered a son in 1856, Parry Woodcock, who became rector of Longparish in 1906, an appointment helped along because the Woodcock family had held the right of “advowson” (choosing the rector) since 1762. Years later a young widow, Nora Dunsford (nee Hutchinson), came back to the village after her husband was killed in a train crash in India. There she met and married the bachelor rector, who fathered two sons – to the ribald delight of the villagers. John was the younger, born in the rectory when his father was 70.

Longparish lies beside the River Test, the famous trout stream, and Parry was an expert fisherman. The boy showed promise at angling too, but that was soon superseded by the game that became his life. He was a successful batsman, strong off the back foot, and was developing rapidly at St Edward’s school, Oxford. Then disaster struck.

At the age of 15, John contracted septic arthritis and nearly died. He survived after four months strapped to a frame, and was left with a permanently damaged hip. Nonetheless, he captained his Oxford college, Trinity, top scored in the university trial match without making the team, and was a hockey blue as a goalkeeper.

He graduated in geography with a now-impossible fourth-class degree (“I was very lazy”), then gained an education diploma and was all set for a career in teaching. However, at Oxford he had come under the aegis of EW Swanton, and Swanton got him a job scoring for the BBC at the 1948 Lord’s Test. This was not a success, but Swanton, already famous as a broadcaster and the Daily Telegraph’s cricket correspondent, persevered. On the 1950-51 Ashes tour he took Woodcock to Australia as his assistant – duties to include chauffeuring, whisky-pouring, filming the tour with an enormous 35mm camera and airmailing 40,000 feet of film home in weekly instalments to be shown on BBC newsreels at least a week late.

Woodcock also did some writing, and this was a success. On the tour Denys Rowbotham, cricket correspondent of the Manchester Guardian, fell in love and later went back to Australia, leaving his paper with no one to cover the 1952 Tests against India. Woodcock was taken on, and his byline read “A Cricket Correspondent” with the coy initials JW underneath.

Eventually Rowbotham came home, but for the 1953 Ashes series both men were trumped by the return of the great Neville Cardus. Woodcock was sent to the Manchester Guardian’s Fleet Street office as London sports editor. He emerged that summer to cover the county circuit, this time with a proper byline. Some headlines on his reports now seem gloriously dated – “Gay Adventures at Southampton” – but the style that served him so well was already emerging: fluent, technically astute, authoritative, but with a light touch and a generosity of spirit.

Rowbotham was reinstalled in 1954. The Times, however, did need a cricket correspondent, and Woodcock got the job. Casual readers would not know this until 1967, when the paper’s writers emerged from anonymity. But within the game Woodcock made his reputation fast. Unlike Swanton he shied away from politics and controversy, but he was a supreme match reporter: he had an instinctive eye for cricket that remains unmatched by any other writer without top-class playing experience.

In 1980 he was an unexpected choice as editor of Wisden, the cricketers’ almanack. He immediately increased the status and literary quality of an institution that was starting to ossify. When the wider world impinged on cricket, however, his unworldliness let him down. He failed to see the broader implications of playing against apartheid South Africa, and retained his support for sporting links with that country long after the position became untenable. For some time he would be uncharacteristically tetchy if the subject came up, but much later he admitted to being wrong.

He gave up Wisden after six years and stepped down from the Times in 1988. Eight years later he was appointed OBE. He kept writing columns, with decreasing frequency, and popped up again just after his 93rd birthday to say that Ben Stokes’s match-winning Ashes century at Headingley almost made him shed tears of joy.

The Woodcock family had moved from Longparish in 1933 when his father had retired, but John returned in 1947 and, with a succession of springer spaniels, with crickety names such as Gully or Stumper, lived in the Old Curacy until he died there. He retained the advowson, which now reverts to the bishop. It was a perfect place to write his memoirs but, despite endless pleas from publishers, he never did. Past 90, he began to waver before regretfully concluding it was too late.

There was another regret: unlike his father, he stayed a bachelor. There were several near-misses in his halcyon days, especially on those long, languid, idyllic sea voyages to Australia, but marriage never happened. He regarded the 1954-55 tour of Australia as the time of his life, partly for romantic reasons and partly because England, under Len Hutton, won spectacularly. The players of that era became his lifetime friends and golfing partners, as did Swanton, who did not endear himself to all his underlings. Woodcock’s last great voyage was in a 1921 Rolls-Royce, with Henry Blofeld, to reach India for England’s tour of 1976-77.

The hip was a constant problem. In 1955 he had a pioneering replacement operation, and there were six more over the decades. By his 90th birthday party, held on a glorious summer day in the Old Curacy garden, he was zipping around on a mobility scooter. Revered and adored by the cricket writing fraternity, he is survived by four nieces and nephews.