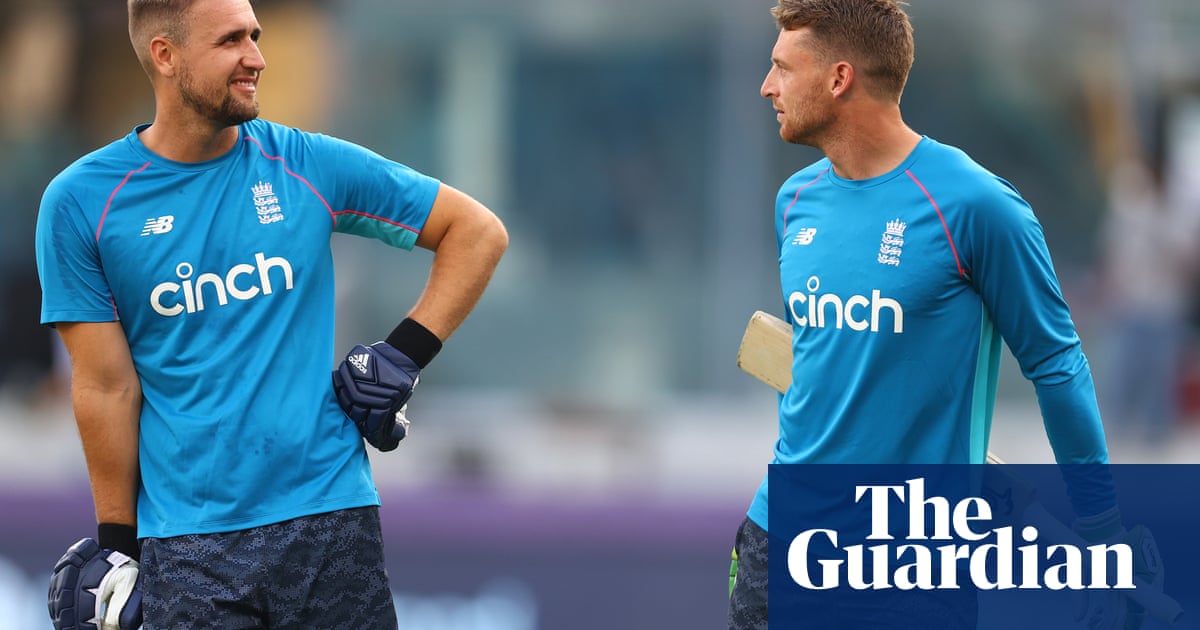 If England need a salutary tale to keep their confidence in check after the joyous dismissal of West Indies in their opening fixture at the Twenty20 World Cup, they need only consider their next opponents. Bangladesh came into the tournament as the world’s sixth-ranked side, forced to participate in the first round only because of a quirk of scheduling, favourites to coast through their group while barely breaking sweat – or at least, given the conditions, producing less sweat than most. Then, in their first game, they lost against Scotland.

If there is anything uglier than an embarrassing defeat, it is the aftermath. The president of the Bangladesh cricket board, Nazmul Hassan Papon, criticised “the approach and the attitude” of several players and then dismissed as “an emotional outburst” their unhappy reaction. The Tigers regrouped to scrape into the Super 12s, where in their first match they lost against Sri Lanka. The opener Liton Das angrily confronted Lahiru Kumara after his dismissal and also dropped two crucial catches as his side failed to defend a total of 171 for four. Along the way the captain, Mohammad Mahmadullah, tried to switch up his bowling attack a bit by giving himself a couple of overs (which went at 10.5 each) and Afif Hossain one (which went for 15).

They have looked, in short, like the kind of team a side that has just thrashed West Indies should make short work of. But there are several reasons why it may not be so simple, including basic unfamiliarity: though they have played 31 times in other formats none was in the past two years and this will be the teams’ first T20 encounter.

“We know the challenges they’ll pose – we’ve played against them lots in 50-over cricket and they’re a dangerous side,” Jos Buttler said. “They’ve got lots of experience in T20 cricket, some very good players, playing quite a specific style which is unique to them I feel. They are a spin-heavy side and generally their batsmen tend to be very strong square of the wicket. They also have a couple of left-arm spinners, so we’ve been practising against that lots in the nets and trying to get some plans in place.”

Bangladesh have also been preparing specifically for their opponents, and with the help of a coach, Ottis Gibson, who has had two spells as England’s bowling specialist. “I’ve spoken to our bowlers and our batsmen,” he said. “England bowlers are looking to take wickets all the time and England batters are looking to score runs all the time and put bowlers under pressure. So we must be calm. We must try and execute our skills plans. When those opportunities come we must take them, of course, but the one thing we must remain as a bowling group is calm.”

This is England’s only afternoon match and, therefore, the only time they will not be bothered by the vexatious issue of dew. It is also their first game in Abu Dhabi – they cannot return until the semi-finals, and even then only if they top their group – where boundaries are long and so far in this competition scoring has been notably slower than elsewhere. With Mark Wood ready to return from a minor ankle injury they travel with a full-strength squad. “I think we had most bases covered from the side we picked in the first match, but if the conditions are dramatically different we’d be happy to change the team,” Buttler said.

Bangladesh, meanwhile, are seeking redemption. “If we play well, we play to our potential, then they will give us opportunities. If we take those opportunities, the result could very well go in our favour,” Gibson said. “We’re not scared of anything in the competition. We’re here to compete and to win, and that’s what we’ll be looking to do on Wednesday.”

The iconography of the Ashes