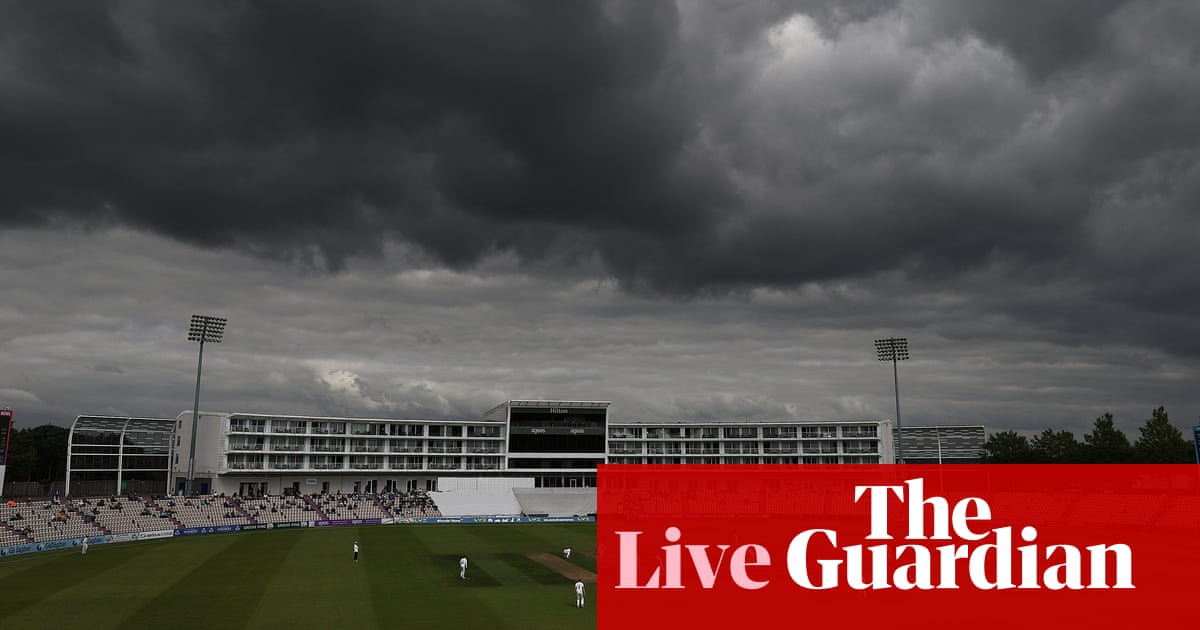 Liam Patterson-White’s maiden first-class century sparked a spicy Nottinghamshire performance against a diminished Somerset, shorn of Lewis Gregory and Craig Overton. Notts biffed their way to 448, before slicing through the Somerset batting, starting with a wicket in the first over of the reply. Tom Abell, 35, was the only batsman to pass 12, as Somerset slithered to 87 for seven. Luke Fletcher finished with four for 21.

James Vince top-scored for Hampshire, as Yorkshire totted up a first-innings lead of 80. Hampshire’s 163 was a recovery of sorts after Ben Coad and Matthew Fisher had reduced them to 16 for three.

It was a dry old day at Old Trafford as Warwickshire inched to 371 with the urgency of a milk float. In reply, Lancashire lost George Balderson for a duck, but Josh Bohannon and Luke Wells put on 94 for the first wicket. Bohannon, on a dapper 59, averages 61.8 in the Championship this season.

A two-wicket evening burst from Joe Sarro put Sussex in the driving seat at New Road, leaving Worcestershire trailing by 78. Happy days for a young Sussex team with an average age of 19 and not a cap between them.

Glamorgan continued their best impression of a line of cascading dominoes after collapsing for the second time in two days. At one point captain Chris Cooke looked around the wreckage of his second innings to find the score 29 for six. He and Andrew Salter had added 42 by the close, but Essex still lead by 115.

At Bristol, Gloucestershire were relieved of their burden at 90 for six when bad light stopped play. There were three wickets each for Ben Sanderson and Luke Procter. The Northants captain, Adam Rossington, made 94, his highest score of the season.

Ethan Bamber’s four wickets left Middlesex on top against a struggling Derbyshire; while Darren Stevens’ 55 not out at Grace Road ensured the game scurried along like a swift chaser, with Leicestershire trailing by Kent 333.

Welcome to day three of round one of part two of the season! In Manchester, it is drizzly and grey. September, welcome.