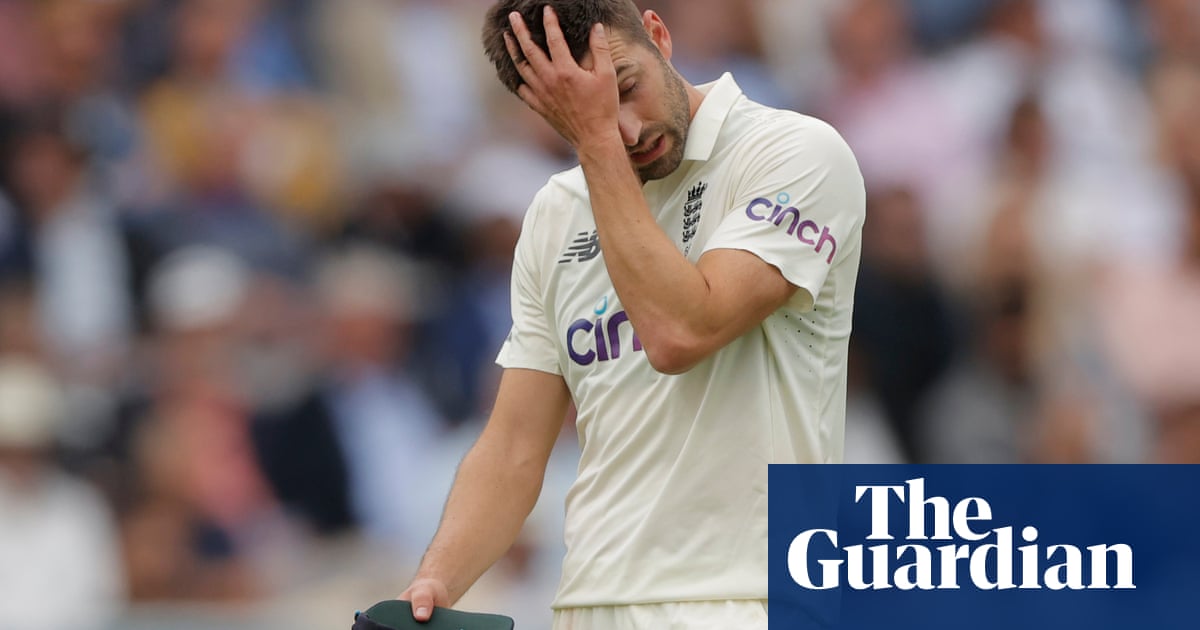 Mark Wood has been ruled out of England’s third Test against India with a shoulder injury. Joe Root’s side were already without Stuart Broad, Jofra Archer, Olly Stone and Chris Woakes and have seen their pace attack further depleted by Wood’s setback.

The Durham quick hurt himself in the field on day four of the defeat at Lord’s, careering into an advertising board attempting to stop a boundary. He bowled the next day, hitting 90mph, but was advised to stand down after further assessments in Leeds.

No replacement has been called up for Wood, with Craig Overton and Saqib Mahmood already with the squad as back-up seamers. Both men were put through their paces at nets on Monday morning, with Overton looking to secure a first appearance in almost two years and Mahmood eyeing a potential Test debut.

A statement from the ECB read: “England seamer Mark Wood has been ruled out of the third Test against India with a jarred right shoulder.

“Wood sustained the injury on the fourth day of the second Test at Lord’s and will not be fit to play at Headingley starting on Wednesday. He will remain with the squad in Leeds and will continue his rehab with the England medical team. The 31-year-old will be assessed at the end of this Test match.”