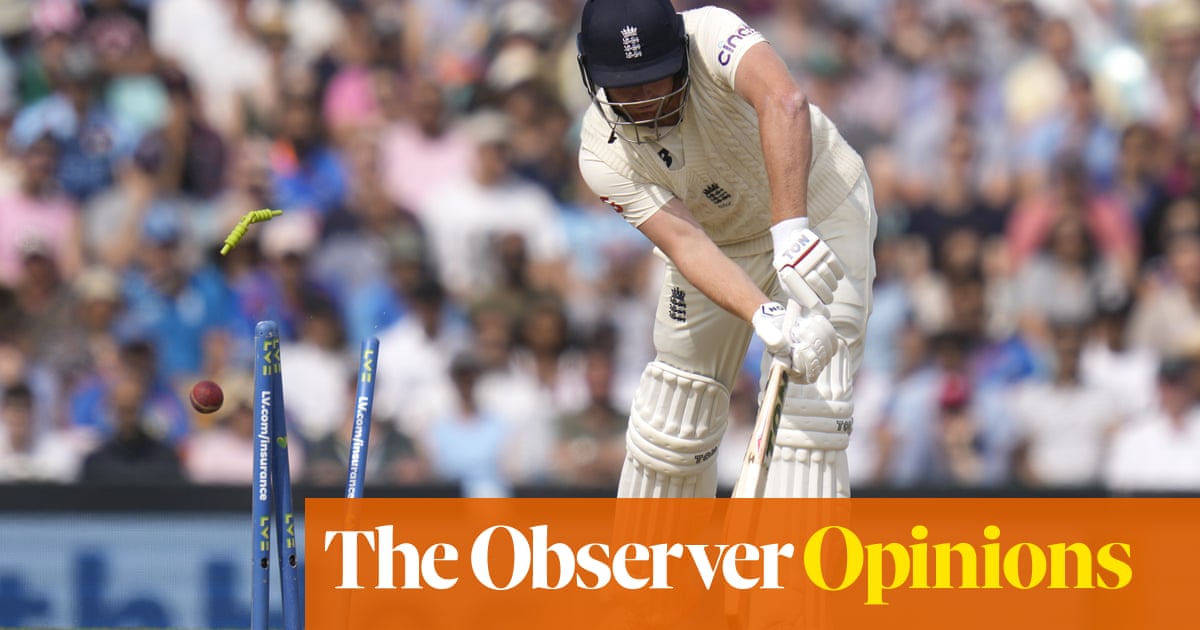 It was with trepidation that I switched on the highlights of the final day of the Oval Test on the BBC. Could England chase down a challenging target or would we be skittled? As you know, it didn’t end well. But my nervousness quickly changed to annoyance. As Jasprit Bumrah and co sent the stumps spinning, Phil Tufnell and his fellow commentators repeatedly shrieked: “He’s gotta go!”

This is the sort of language you expect from the more hysterical football pundits, but cricket? What’s wrong with “And that’s certainly out” or “bowled neck and crop”? I’m certain that the commentators of yesteryear – Christopher-Martin Jenkins, John Arlott – would deprecate such vulgarity.

There’s been much talk recently on the demise of the suit and the necktie. Necktie? You wouldn’t wear one round your ankle, would you? It reminds me of a colleague who would insist on using the word “headbutt”. I said to him once that you wouldn’t say footkick or fistpunch – head is otiose. I was mightily tempted when he left the building to give him a footkick up the backside, but wiser counsel prevailed.

You can always rely on the Telegraph’s Ambrose Evans-Pritchard to widen your vocabulary. Last week was no exception: “Yet that does not preclude a slow-motion dégringolade that ends illusions of Chinese economic exceptionalism.” What a splendid word and so much better than rapid decline. I defy you to slip it into conversation in your local.

Finally, I have to pass on this gem, an old Afghan proverb, from Patrick Kidd’s Times diary: “My enemy’s enemy’s friend’s enemy, who was my friend, is my enemy, until he isn’t.” Truly Rumsfeldian. Little wonder Dominic Raab stayed on his pedalo.