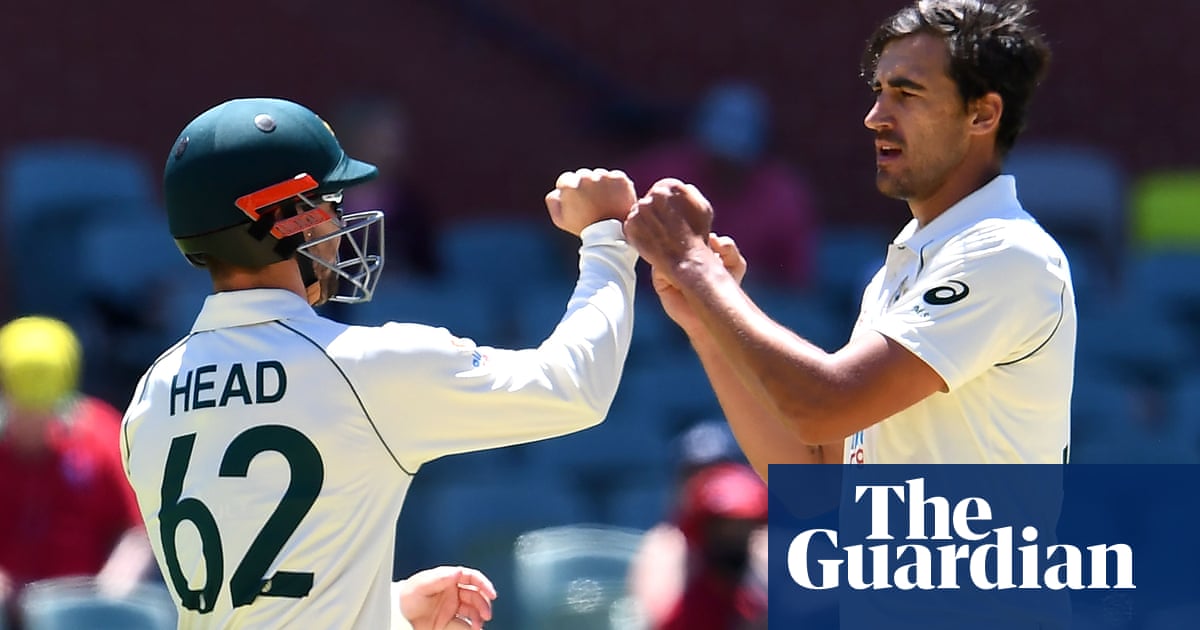 Australia captain Pat Cummins has confirmed Travis Head will play ahead of Usman Khawaja in this week’s first Ashes Test, while he is unlikely to promote himself to the new-ball duties.

The early call on Head and left-arm quick Mitchell Starc has the hosts settled on a line-up well ahead of Wednesday’s toss, with England captain Joe Root admitting on Sunday he is still weighing up up his options.

Cummins opened the bowling at times last summer but said he was leaning towards allowing Starc – who kept his place ahead of an in-form Jhye Richardson and Michael Neser – and Josh Hazelwood to set the tone in Brisbane.

“No [I haven’t decided] is the honest answer; I probably won’t [open] first-up, but we’ve been quite fluid in recent years, pending the situation,” Cummins said. “Maybe [I will if it’s] late in the day and with only a couple of overs to bowl and I feel I want to have a crack.”

Shane Warne has led the noise around Starc’s hold on a spot in the Test side, the left-arm quick firing back with a rapid spell in Saturday’s training session.

“Starcy’s great … we knew we had three weeks building up and he’s been building up nicely, he was fast [in training on Saturday], swinging the ball big,” Cummins said.

“We weren’t surprised but it was great to see and with some of the best batsmen in the world [Steve Smith and Marnus Labuschagne], looked like he was a handful, so good signs.”

Head had lost his place in the side to Matthew Wade but he was recalled for the tour of South Africa that was subsequently called off.

He made just 183 runs in 11 County Championship innings for Sussex this year while a century in his last innings – ironically after Queensland captain Khawaja had asked him to follow on – improved Head’s Sheffield Shield record to 394 runs at an average of 49.25 this campaign.

Khawaja’s sublime Sheffield Shield form rocketed him into contention for his first cap since the 2019 Ashes series but Cummins said the South Australian deserved his chance.

“It was a tight one, the selectors make the call, but both are really good options, with really strong form,” he said. “Experience is great from Uzzie and we’re really lucky to have that in the squad. But Trav’s been playing a lot for us the last couple of years, churned out runs in England and Australia and is ready to go.”

Tasked with the rare honour of captaining as a fast bowler, Cummins said he had asked his teammates for “strong feedback” about his own bowling.

India upset Australia at the Gabba in January, but more bowler-friendly conditions are expected when the ground hosts the first Test on the back of a historically-wet Spring.

Sun has crucially drenched the playing surface in recent days, Cummins joking with groundstaff on Sunday that they’d done enough and the pitch should be left in its striking green state.