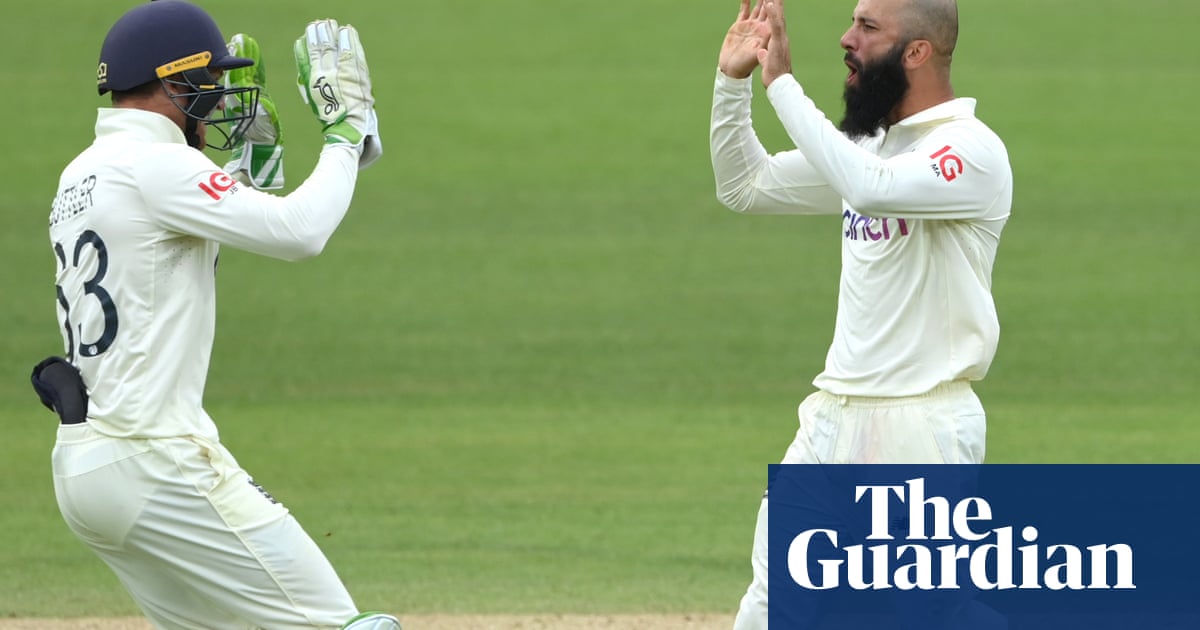 England will aim to restrict India to a lead of less than 220 on the pivotal fifth day of the second Test, according to the all-rounder Moeen Ali. An enthralling Sunday at Lord’s ended with India on 181 for six, a lead of 154, and with uneven bounce and turn threatening to play an ever-greater role Moeen warned that anything above a modest target would be tough to chase.

“Anything over 220-230 is going to be quite difficult, but not impossible,” said Moeen, whose two key wickets in the evening session helped to wrest back the initiative. “We’re all going to have to play well, but when it goes above 230-240 it gets a bit harder. The new ball for both teams tomorrow is crucial. It’s going to be a brilliant game.”

For England it has been an encouraging three days after India threatened to bat them out of the match on Thursday. Changing the momentum of games in their favour has been one of the achilles heels of the England men’s Test side in recent months, and Moeen admitted that it was a trait that they needed to sustain.

“It’s been a great fightback after their openers played fantastically well in the first innings. But you’ve got to keep believing in Test cricket. That’s the most difficult thing. For us to get better as a team, we need to show more of that fight for longer periods.”

There was a slight injury concern towards the end of the day when Mark Wood was revealed to be feeling the effects of a minor shoulder injury. Wood was the pick of England’s bowlers with three for 40 and Moeen said: “The way he bowled today was fantastic. He was telling me in the first innings that he doesn’t get the wickets he would like. But these things can happen. The wicket of Pujara, the way he banged it in with a soft ball on a dead wicket, was fantastic.”

With the game beautifully poised, tickets are still available for the fifth day from the Lord’s website, priced at £20 for adults and £10 for under-16s.