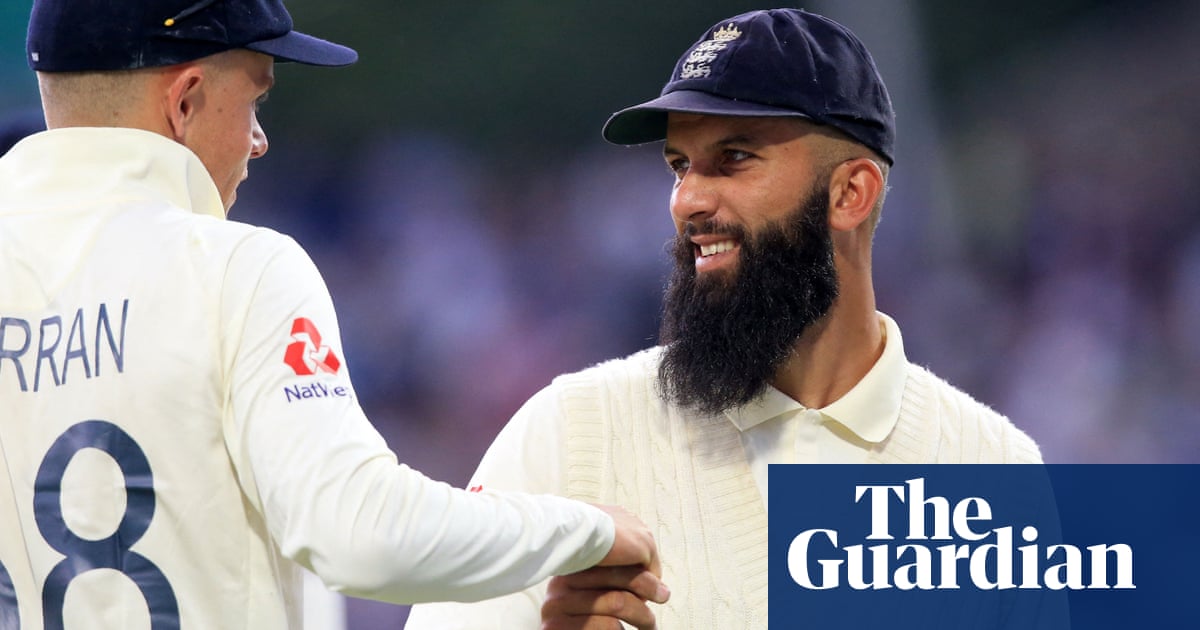 There is a case to say England should have left Moeen Ali where he was, merrily blazing a trail of languid destruction for Birmingham Phoenix in the Hundred and furthering his claim to be Eoin Morgan’s No 3 berserker come the T20 World Cup.

After all, the number-crunchers at CricViz tell us no batsman in the history of the shortest international format greets spinners with such unfettered violence and the pitches in the United Arab Emirates this October may well demand such approach when Morgan’s white-ball machine begins its hunt for a second slice of silverware.

For the organisers of the Hundred the 34-year-old Moeen is also the dream ticket: a talented and likeable British Asian cricketer who grew up in inner-city Birmingham. They want more children from a similar background to know they, too, can pursue the sport – and, rightly or wrongly, created a whole new tournament and format to spread this message.

But England’s Test needs must come first and, with the loss of Ben Stokes and Chris Woakes leaving the team unbalanced, Moeen has once again dutifully answered the call. “Buzzing” was his reply when contacted about this latest selection and judging by social media – a sketchy barometer, admittedly – there are plenty who feel the same.

Moeen was the clear choice for England’s predicament (in fact you wonder why the call-up did not come the minute Stokes withdrew). A Test average of 28 with the bat from 61 caps is far too low for a left-hander of his talents, even when factoring in numerous moves up and down the order, but at No 7, the berth he is expected to occupy, this rises to 37. That spot has also been the launchpad for three of his five Test centuries.

And though spin bowling may be the second string to his bow, and containment not a forte, Moeen puts significant revs on the ball, leading to dip, drift and turn, and has picked up 189 Test wickets this way. Against India at home he has 31 from seven Tests in 2014 and 2018, twice running through the tourists during those two series wins.

Lord’s, where off-spinners enjoy natural variation from the slope, was also where he registered his best bowling figures – six for 53 against South Africa in 2017 – and it is the scene of this second Test this week. An in-form Moeen Ali allows England to play five bowlers without compromising the batting too much, whereas selecting their first-choice spinner, Jack Leach, either lengthens the tail or sees them drop down to three seamers.

There is, however, a risk of expecting too much, not least against an Indian side with a high-class attack and an abundance of right-handed batsmen. Moeen’s confidence is up right now – see highlights of his 23-ball half-century against Welsh Fire on Monday for more details – but like Jos Buttler, Sam Curran and Jonny Bairstow before the rain-affected draw at Trent Bridge, he has not played cricket with a red ball all summer.

This is partly down to the schedule but also a Catch-22 situation in terms of England’s interest and vice-versa; a sense that, with the head coach Chris Silverwood openly planning to build a team for the Ashes this winter, and Moeen’s previous visit in 2017-18 so subdued in response to an onslaught from the pre-sandpaper Australians, they had moved on.

Many believed this to be the case after his last Test outing in Chennai in February, not that his performance was poor. In fact despite coming in cold, his start to the winter was scuppered by contracting Covid-19, Moeen claimed eight wickets – including Virat Kohli in both innings – before an incendiary 18-ball 43 during the final throes of defeat.

But as much as this was a timely audition for the Indian Premier League – resulting in a £690,000 deal from Chennai Super Kings – it felt like a farewell, something only furthered by Joe Root describing his subsequent departure as having “chosen” to go home, a phrase not used for the scheduled breaks of other multiformat cricketers.

Root and Silverwood quickly apologised both publicly and to Moeen after realising how this inconsistency came across. And there was also a private acknowledgement that the late request to stick around from Ed Smith, then national selector, placed the player in an unfair position.

Nevertheless, with England having dropped Moeen in 2019 after 12 bumper months with the ball were followed by one overwhelmed Ashes Test – the impact of Jimmy Anderson’s injury on day one is often overlooked here – and responded to his request for a breather that winter by taking away his Test contract, a return seemed unlikely.

That contract decision contrasts with England’s (rightly) sympathetic response to Stokes asking for time out a fortnight ago. Naturally there are differences in terms of individual circumstances, but it still adds to the argument of those who believe that Moeen could have been better supported at times; that some of his inconsistency could have been reduced by some more nimble man management.

Still, Moeen is back in whites now and buzzing. Provided he can get up to speed quickly, and England have learned from past shortcomings and harness his current confidence, rather than douse it, the Hundred’s loss may yet be the Test team’s gain.