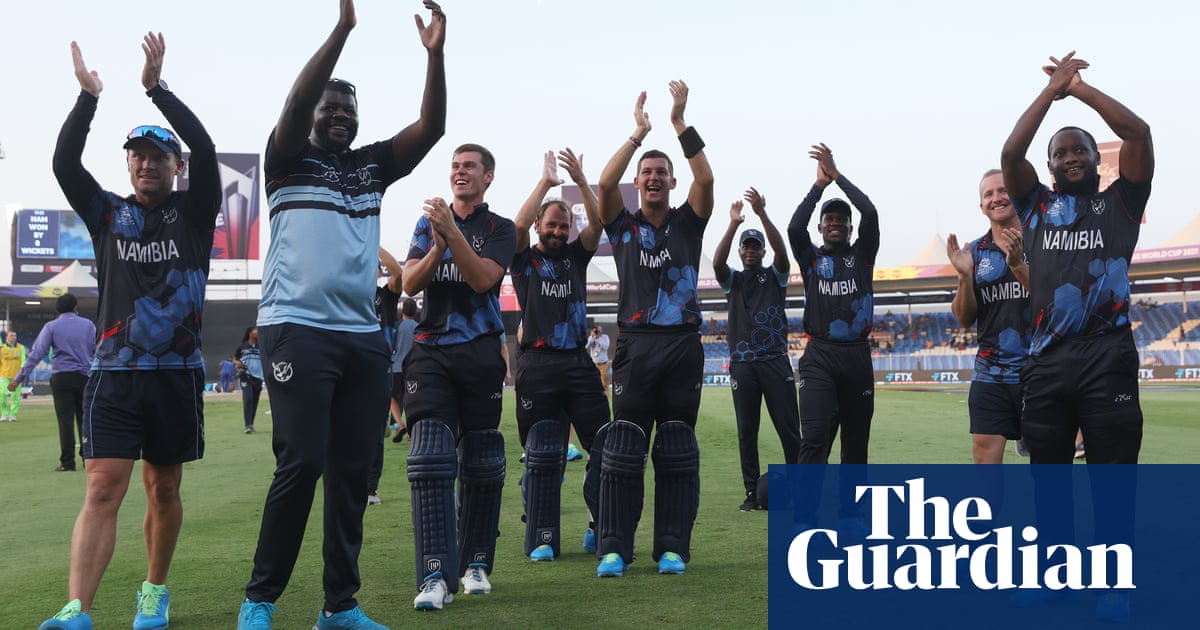 Namibia reached the Super 12 stage at the T20 World Cup for the first time with an eight-wicket victory over Ireland, who crashed out of the tournament.

Captain Gerhard Erasmus struck an unbeaten half-century in an historic moment for the nation, who only recorded their first-ever World Cup victory earlier at the tournament against the Netherlands. Ireland have not qualified for the main draw since 2012 and their below-par total of 125 for eight was expertly chased down by Namibia.

Namibia advanced to 25 before Craig Williams failed to clear Kevin O’Brien at mid-off to depart for 15 off the first ball of the sixth over and give Curtis Campher his first wicket of the match. The Ireland captain Andy Balbirnie’s bowling options were then restricted when Mark Adair was forced off during his second over with a side strain.

And it was 73 for two in the 14th over with a carbon copy of the first dismissal as O’Brien again held onto a catch off Campher to send Zane Green on his way for 24.

Namibia then had a lucky escape with the score on 93 for two when the ball clipped the stumps but the bails remained in place, keeping Erasmus at the crease on 34. And with wickets in hand, David Wiese struck two sixes on his way to an unbeaten 28 off 14 deliveries to end Ireland’s hopes of advancing with nine balls to spare.

Earlier, Ireland made a strong start with Paul Stirling (38) and O’Brien (25) putting on 62 for the opening wicket. But both fell in quick succession and Ireland then collapsed from 94 for two to 121 for eight, leaving Namibia with a relatively modest chase.