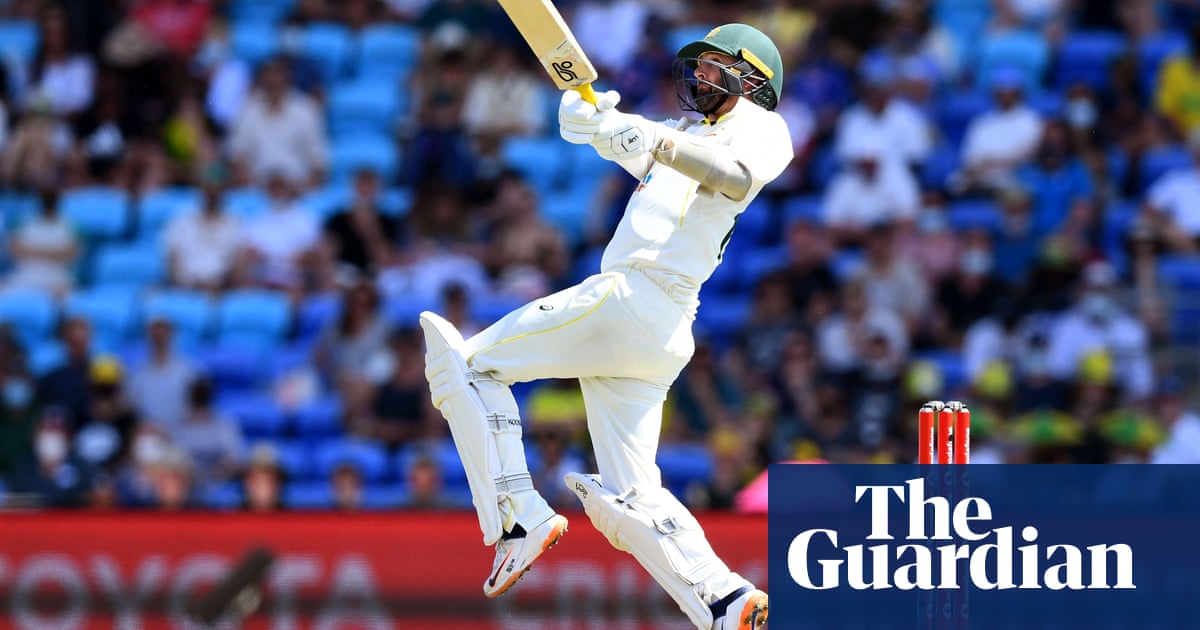 There was a moment in the trajectory where the impossible announced that it was, in fact, possible. Nathan Lyon had just played a pull shot, which was nothing unusual. His only shots in Test cricket are the pull shot and the sweep shot, which for Lyon is the pull shot that he plays while kneeling down. He knows that fast bowlers will bowl bouncers at him, and he has devised one method of deflecting them.

So it is normal to see Lyon lean back and heave across the line. It is not unprecedented for him to hit one of those shots for six, which before this match he had done nine times in 2,335 balls faced. It was unprecedented for him to hit more than one of those in an innings, a stat that be bettered on the second day in Hobart by clearing the fence three times. But the most astonishing thing was the timing on the second six, a ball that came so cleanly out of the middle of the bat, at such a perfect point of the swing, that it soared.

At the point where a Nathan Lyon top edge for six should be descending to land just behind the rope, this Nathan Lyon six was still going up, up, into the blue Hobart sky, over a small brown-roofed pavilion at the city end of the ground, and on a journey into a local front yard some distance down Church Road.

But there is more significance to the run-scoring exploits of Australia’s bowlers than a bit of fun for the crowd. In crashing his 31 runs from 27 balls, Lyon along with Scott Boland and Alex Carey added 51 for the last two wickets, taking the score from 252 to 303. That addition may not end up being needed against the opposition’s underpowered batting, but it certainly deflated England to see the total swell to that size. On the flipside, when England’s lower order have been called upon to bat, the end has rarely been very far away. Australia’s final four partnerships through the series have returned 619 runs. England’s last four have made made 151.

Patrick Cummins has had a quiet series with the bat by his standards, even dropping himself from No 8 to No 9 in the Hobart Test, but his 59 runs from four innings exceeds what Jack Leach, Stuart Broad, Ollie Robinson or James Anderson have managed from five or more. Mitchell Starc with a tally of 154 has bettered Mark Wood and Chris Woakes.

But it’s not just about the two lower orders. Cummins also has more runs than England opener Rory Burns, who has played one more innings. Starc has outscored Haseeb Hameed, Jos Buttler, and Zak Crawley. Statisticians noted the quirk on day two at Hobart that Australia’s tenth-wicket partnership averaging 14 for the series was better than England’s opening partnership of 12.77.

No wonder, then, that Lyon played with the breezy freedom of a man whose two shots felt entirely sufficient to deal with what was in front of him, as Wood bowled bumper after bumper having already lured Starc and Cummins to their downfall in the same way. As has been the case all series, whatever Australia has done has worked. One side is staring down at the pitch with misgivings, the other is watching something rare take flight against the blue, blue sky.