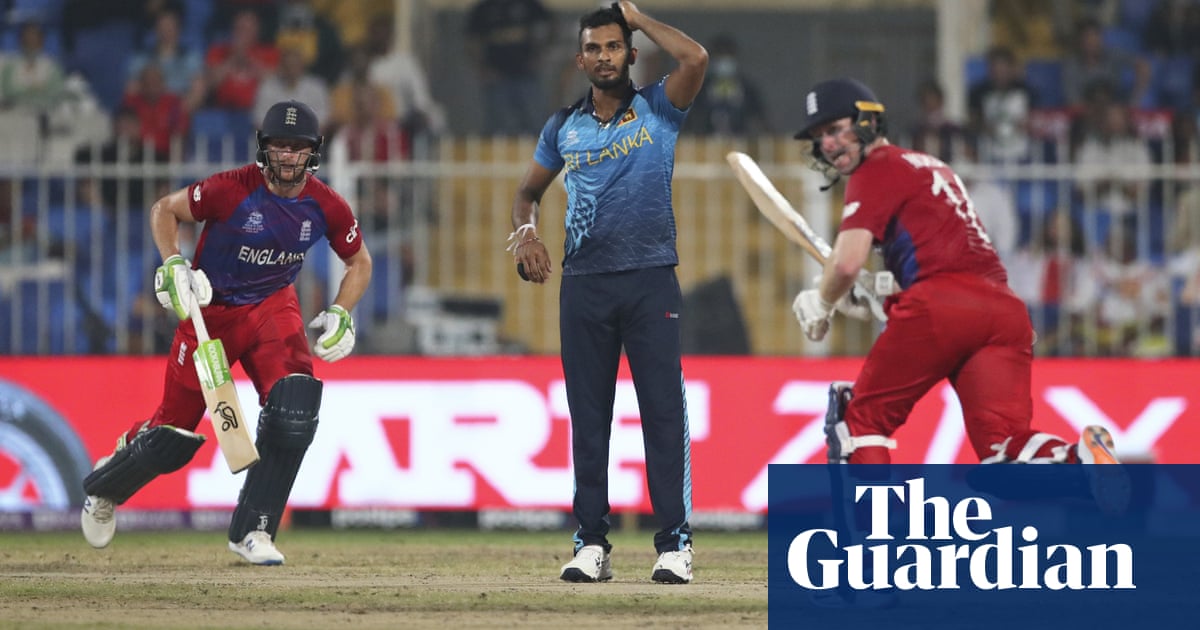 Eoin Morgan said “Sri Lanka pushed us further than we’ve been pushed so far” after England came through a steamy, stressful night in Sharjah with their 100% record at the Twenty20 World Cup intact.

A place in the semi-finals is all but secure for England, largely thanks to another innings of gasp-inducing brilliance from Jos Buttler, which – when he hit the last ball of England’s innings into the stands – became his first international T20 century.

“Jos played one of his bestinnings in an England shirt,” Morgan said. He and Buttler scored 87% of England’s runs in their 163 for four.

“It was incredible to be at the other end and watch the ebb and flow, and then just the sheer domination at the end. He really is one of the best in the game. It’s a combination of unbelievable skill level and the calm nature in which he goes about it. If he gets on top, he punishes you.”

Put in to bat and losing three wickets in the powerplay, England’s scoring slowed to a trickle for an extended period before Buttler started his sprint for the line – his second 50 came off 22 balls. “I found it tough early on, the spinners especially tricky with the low bounce, and they were hard to get away,” he said. “So I’m really pleased to keep a calm head and work through it, back myself to come good at the end and start to target certain bowlers at certain ends.”

After losing the toss and a key bowler – Tymal Mills pulled up midway through his second over with a thigh injury– and for the first time having to deal with significant dewfall, this was by some margin England’s most troubled outing of the tournament.

“I’m incredibly proud of everything we’ve done tonight,” said Morgan. “I felt the guys had to fight unbelievably hard. Sri Lanka have pushed us further than we’ve been pushed so far in this tournament and we’re just delighted with the win.”