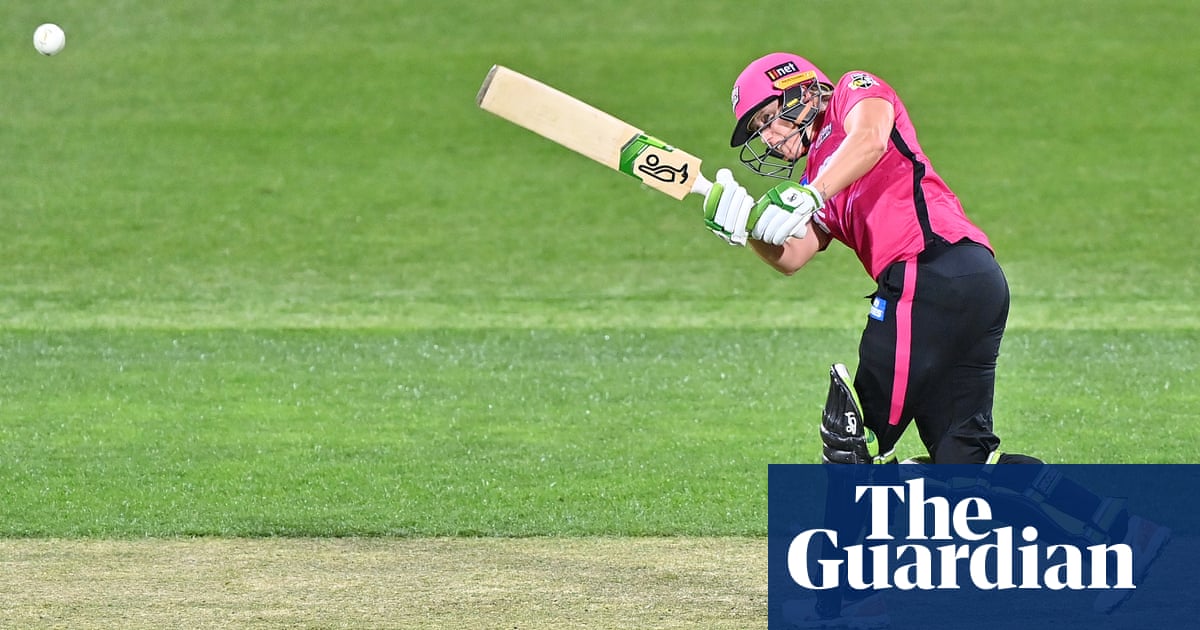 Alyssa Healy has started the WBBL season with a bang, guiding the Sydney Sixers to a six-wicket win over the Melbourne Stars in Hobart. Rain pushed back the start of Thursday night’s tournament opener at Blundstone Arena, reducing the match to 11 overs a side. Healy whacked 57 from 27 deliveries, including four fours in a row off rookie Tess Flintoff in the third over, as the Sixers chased down the 100-run target with four balls to spare.

The Australian wicketkeeper hit 11 fours and brought up her half century off just 24 balls with a slap over cover. Remarkably, no other Sixers batter made it to double figures, with the 11 extras next best on the scoresheet behind Healy. She departed in the ninth over as her side lost three quick wickets but Nicole Bolton and Angela Reakes did enough to get the Sixers across the line.

It comes after a fairly lean run for Healy in the recent series against India. “I was just looking forward to coming into Big Bash and just playing with some freedom and enjoying myself,” she told Channel Seven.

After being sent in following a delayed toss, veteran opener Elyse Villani hit an unbeaten 54 off 31 balls as the Stars posted 1-99. She relied on the reverse sweep early and took the long handle to Ellyse Perry in the penultimate over, whacking star Australian allrounder for 17 runs. Villani shared a 50-run partnership with skipper Meg Lanning, who scored 23 from 17 after the departure of Annabel Sutherland (14) in the sixth over.

Perry had an off night with the ball, going for 27 from her two overs and dropping Sutherland off a gettable head-height caught-and-bowled opportunity. Australian allrounder Ashleigh Gardner, who took four wickets in the recent three-match Twenty20 series against India, didn’t get a bowl for the Sixers. Boom Indian youngster Shafali Verma pulled off a stunning direct hit from mid-wicket on her Sixers’ debut to run out Sutherland but managed just eight with the bat.