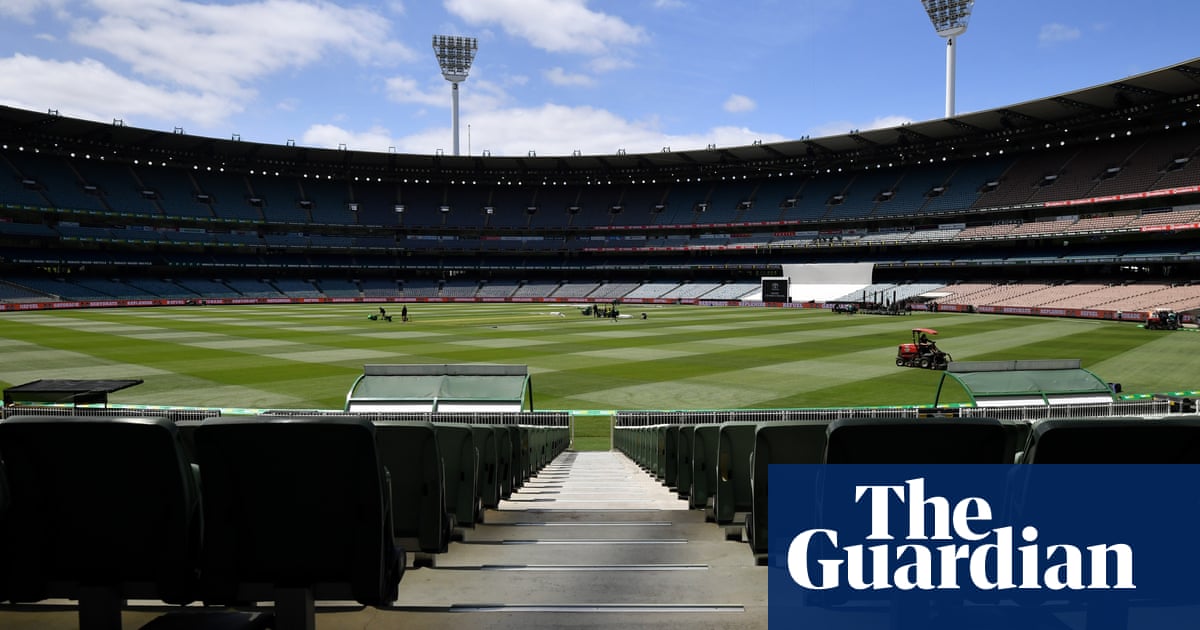 Those England supporters who only pay attention to cricket in Australia every four years might be expecting the third Ashes Test to be a certain kind of game. That would be based on England’s last visit to the Melbourne Cricket Ground in 2017, for a match played on a pitch so dead that the biggest sporting event in Victoria’s calendar was more a state funeral.

What we saw that year was a horticultural marvel, in that nobody could get anyone out, but equally nobody could score. The batting oozed along in a slurry of mistimed shots, and the chief mode of occasional dismissal seemed to be deliveries chopped onto the stumps. After days of that, the large sign above the Percy Beames bar bearing the ground’s highest score by a visiting player saw Alastair Cook’s 244 regrettably replace the masterpiece 208 by Vivian Richards. At least they both got knighthoods.

This time around, things might be different. English correspondents express bemusement that Australians use the title “curator” for those who prepare the pitch, but of course we do – it is the finest of arts. After 2017, the MCG persuaded Matt Page to move states and give up guardianship of the pitches for the two Perth grounds. In a gradual process that culminated last year, Page managed to bring the drop-in wicket square for the MCG back to life.

Thus on Boxing Day in 2020, we saw a slightly green surface that was full of juice and life, giving vigour to the fast bowlers on both sides. India took the honours via Mohammed Siraj and Jasprit Bumrah, Australia bowled well via Pat Cummins, Mitchell Starc and Josh Hazlewood, and it was a true enough wicket for Ajinkja Rahane to dig in for a series-turning century. There was also some bounce and grip for the finger-spinners on both sides, who took 11 wickets between them. It was an enthralling contest, done late on the fourth day.

No curator can just roll out the same surface again, but if Page can get something approaching last year’s effort, it will be a fit stage for a contest. As deflated as the whole camp must be, England’s seam attack could yet get something useful out of such a surface and push back in the series. That won’t be of much use though without help from England’s batting, which is as likely to struggle here as anywhere.

Personnel changes in the top six are likely, but if there were any potential replacements with good credentials to play, they already would be there. As to which Australian bowlers they will be facing, that is a much more open question. Josh Hazlewood will spend Christmas in Melbourne but apparently won’t play. Mitchell Starc had some back problems last time out and is facing 14 days of Test cricket out of 23. Cameron Green was held back by the fitness staff on the last day in Adelaide. Jhye Richardson put in a big shift there after not playing a Test in nearly three years. Michael Neser has had recent hamstring problems.

Into the squad comes Scott Boland, seemingly as cover for everybody. Two days out from the match, Australia’s coach Justin Langer said that Starc would probably play and that Green’s treatment was just precaution for a young player. Cummins will return, and surely one of Neser or Richardson will be right. Boland probably won’t play, but if he does, he’s a sharp bowler who hits a hard length, and takes his wickets for Victoria at the MCG at an average of 25.

Also different for this visit in 2021 will be the crowd. Facing up while surrounded by 70,000 people is still a rare experience in professional cricket, but it will be less intense than the 90,000 or more who would usually pack out Boxing Day for an Ashes tour. The covid rate in Melbourne will keep some people at home, because for all of the MCC’s assurances about protocols, there is no way that safety standards can be maintained all day at crush points and bars.

For those who do come along though, the last point of difference is a big one: the series is still live. In 2006, 2013, and 2017, the Ashes had been wrapped up 3-0 before the Boxing Day Test. With the revised schedule in 2021, it has become the third Test, which is much more compelling. A fifth Test later in January is also great for the schedule. Cricket Australia should learn and retain that for future years. If the MCG pitch can change, so can anything.